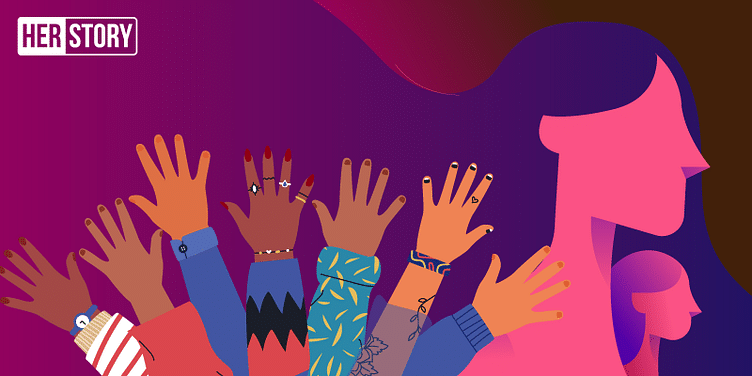 We need to celebrate the victories of every woman because with each win, we move forward in our fight for equality and a world free from violence.

I have just returned from the Yucatan peninsula in Mexico, which was the home of the ancient Mayan civilisation, rich in history and culture.

I was reminded about a story that Alyse Nelson, Co-founder of Vital Voices told us earlier this year about the Mayans which is truly remarkable and worth reflecting about.

According to the Mayans, 21 December 2012 signified the end of the “Great Cycle” of its Long Count calendar that equalled about 5125 years. At the end of each of these Universal Cycles, the Mayans believe that the Universe is destroyed and then recreated. The current cycle is the era of “feminine energy” where we will see a rise of women leadership across the world. But in the meantime, there will be tensions and upheaval and women will face pushback and backlash from men as we rise.

In short, they believe a “masculine” age is over, and we are at the start of a “feminine era”. That sounds right to me.

If I reflect on my own journey, I cannot dispute that the last seven years have been some of the most significant in my life. On December 16, 2012, there was the horrific gang rape of Jyoti Singh on a bus in Delhi which was a seminal incident in highlighting the issue of violence against women and girls in India.

In response to that brutal incident, I chose to make a career switch from the aviation industry to the development sector to work on prevention of sexual violence and advancement of women’s rights through co-founding Safecity.

Seven years on, groups like mine who have been agitating for change have seen some progress. For instance, there are stronger laws for crimes against women, better protection of children from child sexual abuse, more protection, prevention and redressal of sexual harassment of women at the workplace and more.

Conversations about sexual violence and its causes are being spoken about more often and more openly. The global #MeToo movement that caught fire in 2017 was also instrumental in putting the issue front and centre in our daily lives. Gender seems to be a regular topic at every conference and event and #Manels are being regularly called out.

Yet, the progress does not seem enough or fast enough, and I think we are seeing the kinds of backlash predicted.

This year alone there were several terrible events that highlight how sexual violence is deeply rooted in our society and is linked to the low status of women and girls.

Uttarakhand in India, announced a red alert because for the three months prior to the report, there was no girl child born amongst the 216 births in 132 villages in the Uttarkashi district. Hundreds of women have had hysterectomies in Beed district, Maharashtra because the cane-cutting contractors are not willing to hire women who menstruate. There was the brutal Unnao case and the Hyderabad case and so many more. It has become really depressing to read the newspapers as everyday there is an incident being reported.

As we end the year and begin a new one, one wonders how can we change the situation and what comes next? How can we see more progress than backlash?

The answer lies in a fundamental mindset shift as lack of equality is at the root of this violence. We need radical changes in our educational system and in the way we approach policy making. Introducing sex education from an early age in school curriculum is essential for teaching respect, consent and understanding unconscious bias. A welcome step is the plan by the Delhi government to engage boys in respectful behaviour. This, coupled with their Happiness curriculum, could be a game changer in addressing toxic masculinity. Another step that the Delhi government has introduced is free transport for women on the metro which will increase the presence of women in public spaces at all times of day and night improving the perception of safety. Hopefully all State Governments will follow suit and introduce such curriculum in schools and colleges and create ways for women to more safely and affordably be in public spaces.

Making the workplace safe and inclusive

In the New Year, I would encourage all institutions to fully and intentionally implement the POSH Act and ensure that the workplace is a safe and inclusive one for all. This will go a long way in ensuring women have the ability to earn a decent living thus giving them the financial independence to make choices in life. Confidence in safe work spaces could also increase the participation of women in the formal labour force, which is currently at a pathetic 24 percent. Alongside this, the institutions should also address the pay gap and the number of women in leadership positions.

If we cannot see, we cannot be. Therefore, we need to amplify the voices of women in every sector and field so as to provide more role models to the youth. We have those examples - the women scientists at ISRO, NASSCOM India is headed by a woman and recently Forbes listed four Indian American women heading top 50 tech companies.

From around the world, we also have examples that can inspire and motivate us. The current US elections include the most number of women Presidential candidates in the country’s history, Finland just elected a coalition government of five parties headed by women, and Esther Duflo became the 52nd woman to win a Nobel prize.

We need to celebrate these wins. For with every one of them we move forward in our fight for equality and a world free from violence. We have no choice but to watch out for each other, encourage more women to take risks and celebrate our successes.

Let’s make this decade the one where we accelerate our progress towards a safe, inclusive and equal Feminine Era.

50 inspirational quotes to celebrate the start of the New Year