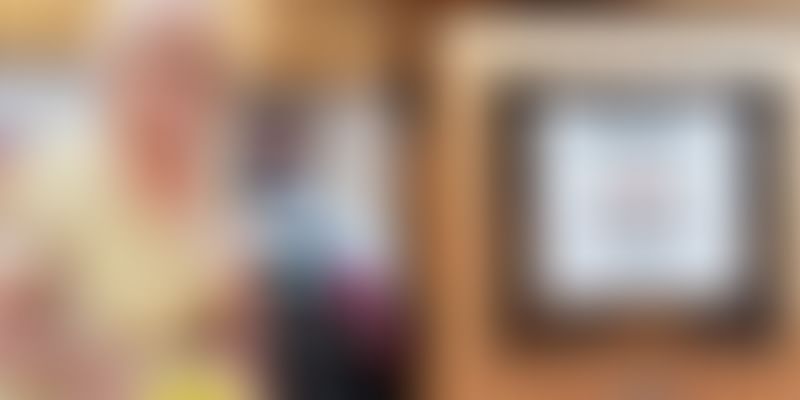 Harbhajan Kaur is proof that age is no bar for one to achieve their dreams. She is fulfilling her dreams and inspiring others too.

Harbhajan Kaur, 94, began her entrepreneurial journey four years ago. She was encouraged by her daughter to start the brand called ‘Harbhajan’s’. She makes organic besan ki barfi and her daughter sells them at the organic mandi in Chandigarh.

Her daughter reveals that Harbhajan once expressed that “she has not earned a single penny from her own” and these words struck to her heart. Hearing this she suggested that Harbhajan start making besan ki barfi.

“She is so talented in cooking, in our childhood we never went out to eat. She made everything at home - sweets, chocolates, sharbat, etc.,” says her daughter. “Every winter, she used to make besan ki barfi for the entire family - our dining table used to be filled with barfi.” Besan ki barfi is Harbhajan’s signature dish and everyone remembers her through her delicious besan ki barfi. So her daughter encouraged her to make and sell them.

The story of this entrepreneur became viral when Anand Mahindra, Chairman of The Mahindra Group took to micro-blogging site Twitter and called her “entrepreneur of the year”. He was tagged on the site by another Twitter user Dr Madhu Teckchandani, who shared the video story.

Anand Mahindra wrote, “When you hear the word ‘start-up’ it brings to mind images of millennials in Silicon Valley or Bengaluru trying to build billion dollar ‘unicorns.’ From now on let’s also include a 94-yr-old woman who doesn’t think it’s too late to do a start-up.”

The heartwarming tweet, like several of Anand Mahindra’s tweets, is winning over the Twitterati. As of January 8, the tweet has over 10.7K likes and over 2,000 retweets. Other Twitter users have also come forward and celebrated Harbhajan as an inspiration for everyone.

Harbhajan Kaur is truly an inspiration and proof that age is no deterrent to one’s dreams.

How an 85-year-old naani inspired these women entrepreneurs to start a natural, self-care line