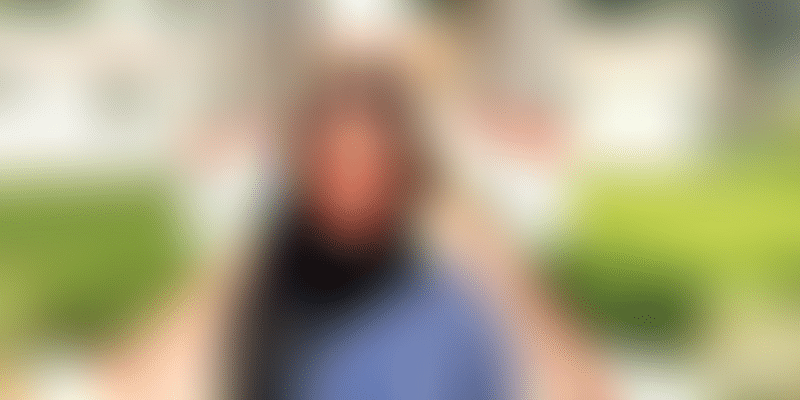 Most often, dedicated government employees are not given their due. The red tape, bureaucracy surrounding government work has tainted entire departments, bracketing employees under one umbrella – as inefficient and corrupt.

Despite this, it’s important to note that from district employees to Central ministries, Government employees form a crucial link in the development of the country.

One such enterprising woman is Kirti Kumari, a food scientist and subject matter expert at Krishi Vigyan Kendra (KVK), in Tehri Garhwal district in Uttarakhand.

A social nutrition activist and nutritional counsellor, Kirti has trained over 1,000 women in food processing, created self-help groups (SHGs) and turned them into food entrepreneurs.

The 28-year-old joined the KVK in 2013 and has taken nearly seven years to nurture the district’s women farmers and turn them into entrepreneurs. Apart from the KVK, she is also a lecturer at the VCSG Uttarakhand University of Horticulture and Forestry in Tehri Garhwal.

"When I came to the region in 2013, the crops were of very good quality fruit and vegetables to even millets, which the government has declared as 'miracle grains'. With such good crops, the people here were not able to bring out value-added products to the market because of lack of knowledge and technical know-how. So, I started to work in this direction and created SHGs."

Kirti also revived inactive SHGs and cooperative societies that were part of the National Rural Livelihood Mission and sought help from local NGOs to create more SHGs. Armed with an MTech in Processing and Food Engineering and a BTech in Food Technology, Kirti saw the scope for creation of food processing activities in the state. She says that with current food trends like organic foods, Uttarakhand has a huge potential because most of the farming in the state is free of insecticides and pesticides making it ideal for organic products.

She understood the scope of indigenously grown fruits, vegetables and flowers and combined it with efforts to help women create better livelihoods and increase their income.

Apart from these, the women also produce multigrain sattu, multigrain atta and also package and retail grains and other crops in the market. She provides technical consultancy to the SHGs to partner with companies to retail their products and gain more market access. Through collaboration with organisations like International Fund for Agricultural Development, which also works to create better livelihoods, the crops of the region have been packaged, graded, and sold in international markets.

Kirti has also helped the women take advantage of the Chardham Yatra festivities that take place annually. She has trained them to use the amaranth grain or ram dana - a gluten-free grain with a high nutritional profile - to make sweets.

As many pilgrims fast during the yatra, she made use of the grain that many consume during the fasting period and turned them into nutritional prasads.

One self-help group Maa Chandovati working to produce this offering has made close to Rs 7-8 lakh in just one festive season. She wants to utilise these pilgrimages like Kedarnath yatra and others to help farmers optimise their incomes and promote indigenous crops. Apart from the farmers, she also wants consumers to understand the nutritional benefits of the food.

As a certified nutrition counsellor, Kirti was aware of the inadequate nutrition received by children, especially adolescent girls.

A health department survey revealed that more than 42 percent of girls studying in government schools in the state were anaemic and some were suffering from chronic anaemia. Though government welfare schemes were providing children with folic acid and iron tablets, Kirti decided to tackle the problem with a holistic approach. She developed iron laddoos using iron-rich ragi, barnyard millets and also made amla (gooseberry) candies for better iron absorption and through SHGs and the health department distributed these to anganwadis in the region. The state government took notice of the initiative and has now given approval for it to be replicated all over the state.

Using ragi, Kirti has also created ragi barfis which have become so famous that the state government recommended it to be given a GI tag (geographical identification) like the banarasi sarees, Darjeeling tea and others. The barfi also received the Hill Ratna award from the Chief Minister of the state in 2016.

In recognition of her activities promoting women’s empowerment and nutrition, Kirti was appointed as the state’s ambassador for the Beti Bachao Beti Padhao scheme on January 26, 2020.

To help the cause, she has taken initiatives along with district administration to change the name plates of houses from fathers’ names to include the names of daughters. She is involved in multiple initiatives, from breastfeeding to promoting girls’ education.

The block-level processing units that Kirti set up have now led to the establishment of a food processing industry in Tehri with the government investing Rs 1 crore to set up two mechanised growth centres.

The inauguration of these centres is stalled due to the lockdown.  With the government buying these products, the local crops are now household favourites, especially in rural families which have seen an improvement in nutrition levels.

"These small efforts may have taken a long time, but I feel very happy when I see the success of the women. Sometimes I see the products in the market, and feel happy that, 'yeh maine banvaye the' (I had made these),” says Kirti.

Though the coronavirus epidemic has led to a halt in production, she has chalked out plans for future growth.

Her next target is to increase production and improve quality through mechanisation to face the competition in the market and manage the supply chain better. She is using the lockdown to create new recipes and is creating content to start a YouTube channel on health and wellness.