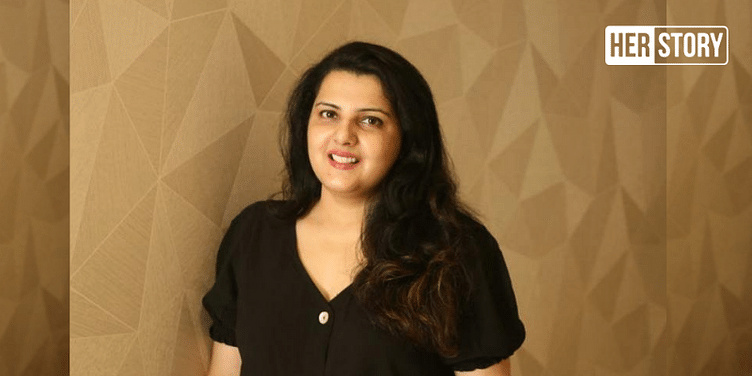 Shumita Kakkar was at the peak of her career in 2019. After over a decade of working in the corporate world in multinational telecom companies like Vodafone and Samsung, the MBA graduate was working successfully as an entrepreneur.

Her Delhi-based startup 6T Seconds, founded in 2017, was tapping into the growing short-form entertainment sector with telecom heavyweights such as ﻿Airtel﻿, Vodafone, Hutch, Robi, and ten other companies among its clients and was launched in 13 countries.

However, life took a sharp turn when she came across a few of her friends – some of the strongest women she knew – going through a difficult time in life.

“One of them was going through a separation and the other one, a divorce. I saw them break down to a level that they contemplated taking their own lives,” she recalls.

Later that day, she went home and searched the internet for a platform that helped women with their mental health issues and legal support but did not find anything. That is when Shumita sprung to action and founded United For Her (now rebranded as United We Care) in November, 2019.

Rashi got married, a union she believed would be her ‘happily ever after’ until mild hiccups and the pressure of being ‘ideal Indian wife’ came the couple’s way. Her in-laws would question and judge her for retaining her maiden name and compare her with other women. Arguments over trivial issues with her husband soon turned into physical abuse.

However, she was managing a big team with a great growth record at work but most people advised her to underplay the success at home.

“It was endless work. I was doing two jobs, one of power and one of surrender. From an extrovert, I gradually transformed into a senile pessimist. I just did not want to meet people because I was scared they would call me a loser. Nobody prepares us for it,” she had shared.

Rashi had resisted divorce for years fearing societal judgement, despite the struggles she faced. This is the reality for many Indian women, explains Shumita.

The US National Center for Biotechnology Information states that hurdles faced by Indian women with underdiagnosed depression include inadequate number of mental health professionals, lack of awareness, stigma, disadvantaged position of women, increased levels of stress, and domestic violence.

While India has not achieved the ideal psychiatrist to population ratio (0.75 Psychiatrists per 100,000 population as of February, 2019), there are more organisations tending to mental health needs of the society.

“However, there is no platform that gets into the root of the problem and handholds people through problems like Rashi’s except for offering consultancies. This formed the foundation of United We Care,” Shumita says.

Speaking on why it was started as a mental health platform for women and LGBTQ+ community, Shumita says, “We feel that when a woman undergoes challenges,  she tries to tell herself it's okay, things will become fine and keep motivating herself. This stress then turns into anxiety and depression that may also lead to suicidal tendencies.”

After launching an app in May this year, United We Care has on boarded more than 190 psychologists and experts with more than five years’ experience. The app has been downloaded more than 3,000 times within three months without any hardcore marketing by the startup.

Shumita emphasises that her focus is people who want to seek help without revealing their identities. In fact, 88 percent of users have returned to book second and third appointments, which are priced between Rs 1,000 and Rs 2,500 for an hourly session.

“Paid marketing would have resulted in a higher number of downloads but we wanted to ensure organically that downloads translate to registration and further engagement on the app and help users,” she adds.

The psychologists also work  on a pro bono basis in cases where they feel the users follow-up sessions but are unable to pay.

As mental well-being became a concern with the prolonged impact of COVID-19 and many bearing the brunt of job loss and a feeling of economic and emotional instability, the startup opened its services to men two months ago.

During the initial days of interaction, Shumita noticed that most women, who were reaching out for help anonymously, would ask which psychologist to consult.

“It has become a thing of the marketplace. Other apps in India will tell you who to choose and  display the names of 10 people, users will be  confused.”

To address this problem, the startup has built an intelligent platform with a recommendation engine. In the next 10 days, the platform plans on introducing Stella, an AI-based virtual health assistant for free that will be integrated on United We Care’s app and website.

“The goal is to make people happy. Even at one’s lowest, Stella can help people stay positive by playing a nice song or showing pictures to uplift their mood,” the entrepreneur adds.

The platform raised a round of funds from friends and family network including Vikas Bagaria, Co-Founder and CEO of ﻿Pee Safe﻿. It’s currently looking to raise another round of funding from angel investors.

Although a serial entrepreneur, aware of the challenges associated with starting up, working in the space of mental well-being posed different barriers. During her meetings with investors – who were mostly men – they would appreciate the idea and express the need for such a platform that would help their mothers and sisters.

“But when it came to funding, they would tell me that they do not relate to the platform personally,” she says, stressing that the whole conversation around mental health needs to change.

“Just as they would take their wife and sisters to hospital to treat a fever or a cold, mental health needs cannot be ignored or wished away. Why is there still taboo surrounding it?,” Shumita asks.