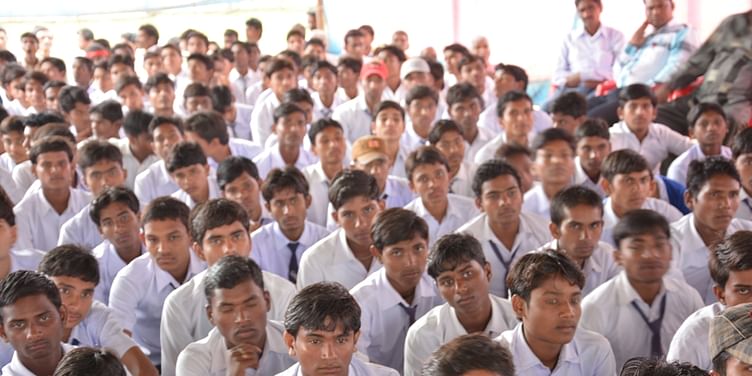 In the tribal hinterland of Chhattisgarh, during one of my sojourns , a boy gave me a wake up call.

While we trumpet our achievements about Start Ups and global successes , there is another world in India that is bereft of the basic education. Though we have made giant strides into the global arena , there is the other side of the spectrum which feeds of the government system of education whose performance seems to be lacklustre.

I have promised to pay back to the society which has helped raise me to the extent that I have achieved . So the aim was not to concentrate on urban areas where the best of opportunities are vailabalr to students but to the Mofussil areas where the children need awareness , help and guidance. But the good counsellors , motivators and guides refrain from travelling to these areas leaving the comforts of a cosy urban life. Hence the Career Yatra to the interiors of Chhattisgarh, Jharkhand and Orissa.

Few years ago , on one such journey with a minister, I was talking to 500 odd senior school children asking them the question "Kya Banoge Munna/Munni" ? The usual answers started pouring in ," Doctor" , "engineer "," teacher" ,"collector" and so on. After the options were exhausted , one student raised his hand and said " I want to be a A naxalite/terrorist " . There was absolute silence . He had got his attention that he wanted . The official entourage of the education department stood red faced because all this had transpired in front of the minister. So the officials started shouting at the boy asking him to stop the nonsense and sit. The boy seeing the pressure of his teachers and officials started crying . I asked the officials to stop. The conversation was between me and the boy and hence I did not want any interference . The basic psychological instinct made me want to know the reason for this question coming to his mind.

After comforting him and taking him aside , I delved deeper into his thoughts . He was a student of class 10 and a fairly competent one with an interest in computers . It was recently that the states had outsourced free computer education to corporate entities for boys in government schools till class 10 and girls till class 12. So when this boy went to the computer centre in his school , the centre head turned down his request for learning computers free citing rules that it was only for boys till class 10. The manager however said that if he paid a fee of 10000 per annum he could learn computers at the centre.

The boy had a few questions in his mind while walking back home :

I am not supporting his thought process , but his logic in coming to the question that he had asked was impeccable with his limited awareness. At least he was thinking . If we could put his thoughts in the right direction , it could work.

The deathly silence was shattered by this revolutionary thought process. Had we let the boy go home without proving further , we could have not gone to the root of the issue that effects schools and the students . And this was just the tip of the iceberg. Why do girls drop out in these areas ? Why is the government school not the most happy place with the best of teachers ? What are the problems of teachers in these areas ?

Two good things happened after this - first , the government of the state announced free computer education for boys too till 12th and second , I decided that I would travel every year to these areas to create awareness about opportunities, careers , schemes , loans and all resources and skills that are available to them but they were not aware of. I still feel that what I do in these areas reaching out to about 45,000 children year after year in their formative years and discuss and engage with them , giving them a chance to align their thinking with the progress in the society , is piece meal. More and more efforts have to happen . Tata Motors , JK Lakshmi, Santosh Rungta Group , Dainik Bhaskar , the state governments, youth wings of political parties have all supported these Career Yatras that I undertake but these are some of the most valuable moments that I await every year . I have a very hectic schedule throughout the year in my various roles in the governments, on corporate boards and in start ups anencephaly educational institutions, but I cherish these moments of Career Yatra where the life changing happens . 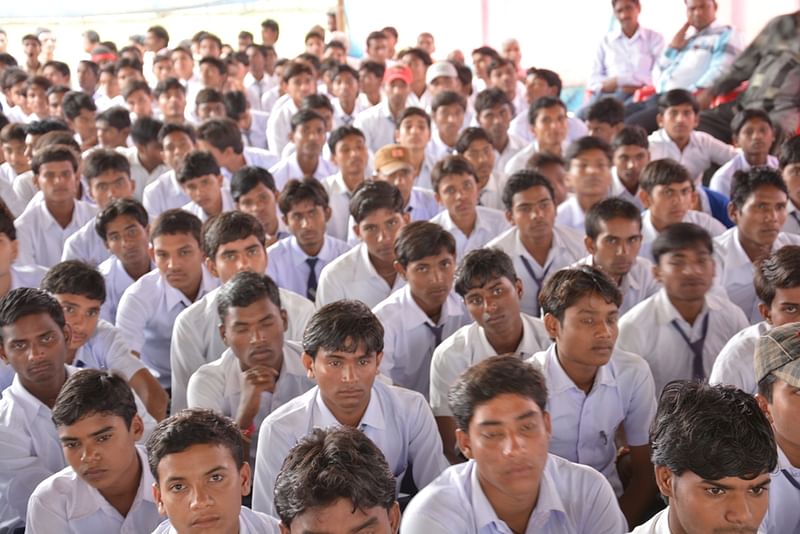