Banking as a Platform: Old wine in a new bottle

"Banking as a platform" is not a new concept to CXOs of financial institutions. However, they have been ignoring it for a long time. Three ideologies shaped our India's banking in the last decade.

Banks have been a holder of trust delegated by the governments across countries. Participants of economy transact money through banking system because they are highly regulated bodies. The mammoth banks always believed that they will survive any kind of transformation be it digital.

Digital transformation  swept every industry and naturally touched banking too which is an underlying skeleton behind any field. These digital transformers believed for once that they could replace banks and bring peer to peer banking in place. However, with tightening regulations on them and business models failing both overseas and in India, these idealogues started facing tough questions.

Then, there are the synergists. Their fundamental is that with the variable nature of laws of lands and changing dynamics of financial industry, the synergy amongst all financial actors is a must. Collaborative, integrative and automation approach is giving birth to pioneering banking platforms.

Banking as a platform service is nothing but an old wine in a new bottle. Banks have been ignoring it but now they cannot afford to do so. These services had to exist before but the time is ripe for this bottle of wine to be opened and consumed with dinner.The banks were running similar skeletons internally but now with growing rate of disruption and slower transformation(owing to gigantic size of banks), banks are visibly embracing the banking as a platform technology.The API economy combined with blockchain, big data, cloud and advent of social media and mobile/internet penetration has prepared the ground ready for the fight between these three ideologies.

When a tech company that I worked with, consulted to a traditionally run financial institution on a massive tech modernization exercise, I realized that they were still(in the year 2016) looking at methods to optimize their unstructured and broken processes. On the other side, when we became business associates to one of the fastest growing fin-tech company, we realized that their pain area was scalability. Well, scalability is a pain area for any organization. Any humble promoter of a business will suggest that "with a right approach, they wish to grow their businesses." However, the reality is that there is a huge gap between how modern fin-tech companies are being run and how traditional financial institution have localized themselves within their crippled structures. Every business wishes to offer personalized services to its customers by turning them into consumers. The businesses want access to financial services on behalf of their consumers so that they can serve them better.

The fin-techs have definitely eaten away a major share of market which predominantly lied with banks and banks only. The banks in a bid to relatively slow the digital disruption have put the security also on a weak foundation. With recent demonetization, these gaps became comfortably visible to even the lower pyramid consumer of Indian economy.

The government's push in holding the banks accountable and more open is also becoming visible. The Aadhar act in identifying every citizen across India is a story worth discussing on global platforms.Salute to the Indian government and UIDAI for working hard on the Aadhar database. Recently Mr. Jaitley also told banks to "Go digital in mission mode".

With these thoughts, are taking birth, some of the fin-tech labs that are empowering traditional run banks and financial institutions to enhance their digital offerings. There is a saying that the "Silicon Valley is coming to Wall Street!" In the context of Indian banking and trading industry, I think it had already arrived and had been working in packaging these new bottles(see title) in stealth. Attempts are being made to extend the chain of trust which the bank holds to other entities as well. With these attempts banking as a platform may take shape of modern communication systems across banking infrastructure.

What can be the future is yet to be seen but either the banks become digital tech companies or irrelevant away like pagers. This is ideally true because banking has now become a basic need of human civilization not a luxury. 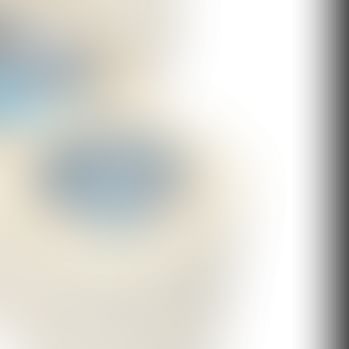