3 powerful features of intelligence we need to realize right now 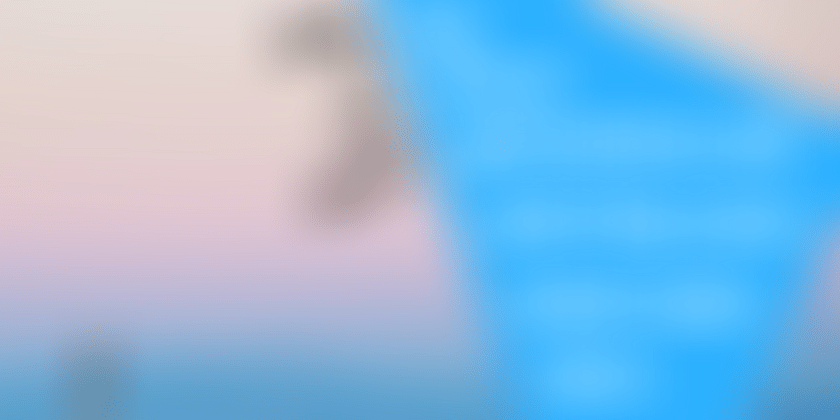 Because if we don’t, we’ll be making the costliest mistake in the whole history of humankind. We’ll be wasting the enormous human potential of 600 million youth in this country alone.

It'll soon be a global crisis and spread like wildfire.

I'm living peacefully. Why are you freaking me out?

Oh, really? Have a look at how the human population grew since the beginning of our history. The graph is down there. Do you see that we're going to be 10 billion people on Earth very soon? Doesn't that tell you the future is going to be disturbingly chaotic? 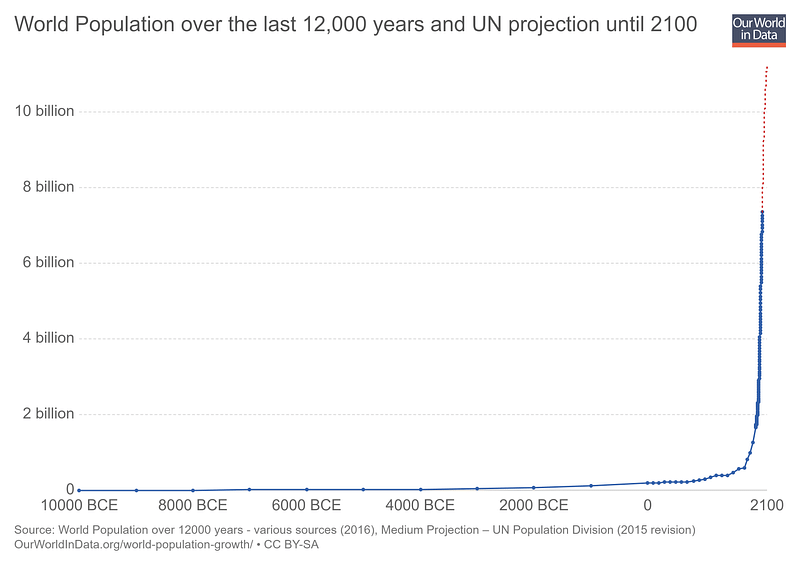 With the rising population, technology will also skyrocket. You can't even imagine where these emerging technologies will be taking us--a future where space travel, self-driving cars, bioprinting of human organs, mind-machine transferring, and highly-evolved artificial intelligence are boringly common.

Then, probably only those who can contribute to such a future will make a living. And those who'll never have the opportunity to discover their creativity and talents would have to simply hang on to their unsatisfying lives. The industrial-age education won't be able to help them earn a living, forget a decent one.

Graduates and unemployed who are systematically educated in the factory-like education system will live in high-tech slums and contribute to the economic downturns.

Maybe there'll a future where a billion people attempt suicide every year--feeling helpless and worthless. The 'ugly' will be in greater proportions in our lives than the 'good' and 'bad'. Then,

Ironically, the revolution of development and the devolution of human resources will happen together.

Take a look at these predictions. Alarms are already ringing. We need to wake up. 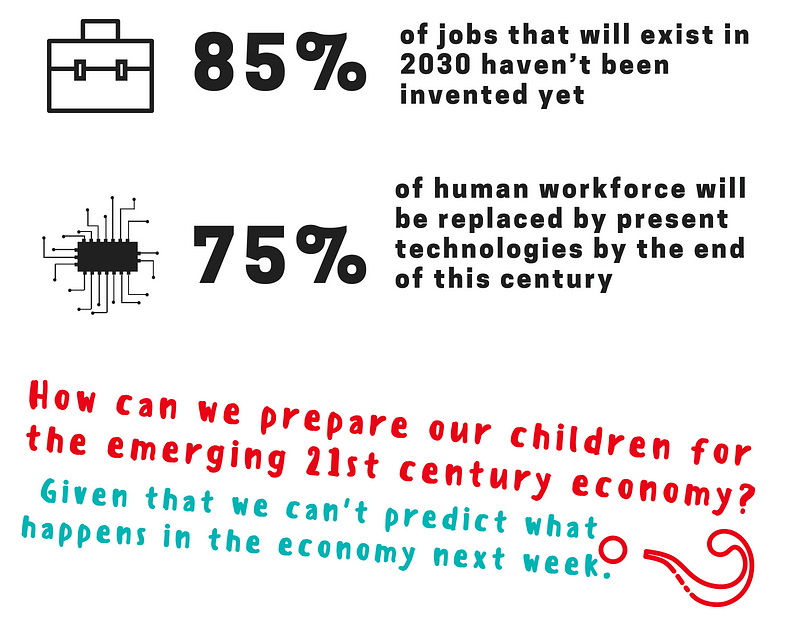 To do that, we need to create opportunities for the coming generations through which they can realize their extraordinary powers of creativity and innovation. Human beings who can think for themselves and internally driven to do something of value, they can take any challenge and turn it into an opportunity.

That's it, you spoiled my day!

Human intelligence has many astounding features and the following three are the main ones. If you start thinking about them deeply, they can totally change the way you expect about a person's ability to do wonders. 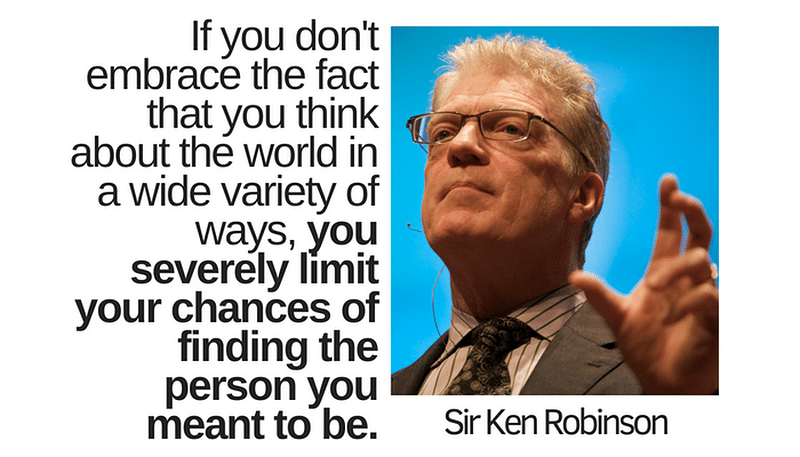 If you've been to a college, I'm sure you've come across this notion before. Pretty strongly. It's not a strange concept to you, is it? You've surely heard about Chetan Bhagat who is an engineer-turned-MBA-turned-writer. You've watched the movie "3 Idiots". You've hated your many of your classes and had so many ideas how they should teach you and how they shouldn't.

You know it well: Intelligence isn't about being the topper in Engineering or other sciences and technology subjects. But,

You can be intelligent at anything, even singing, writing, dancing, starting a business, teaching, climbing a mountain, and whatnot!

Don't ever let them say that only those who are good at math and sciences are intelligent. Don't ever decide your worth based on an IQ test and feel bad comparing yourself with media-highlighted geniuses of the world.

The fact is that if a psychologist needs to examine the genius of the world, he has to design 7 billion types of IQ tests--individualized to each person. Otherwise, one single test for 7 billion people is utter foolishness. (If you don't believe that, ask yourself: do you know any two people who think exactly the same way every single time? Even twins?)

That proves that you can be a genius in your own, unique way. So, it's time to think about it if you've been holding yourself because you never thought you are special. 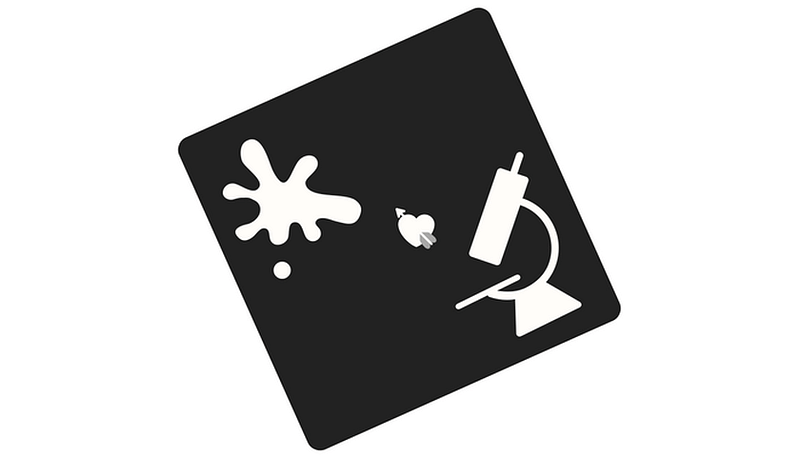 Intelligence is not biologically predetermined or manufactured to be one rigid thing. Rather, it's like a muscle which you can grow stronger with good nutrition and exercise. Our scientists have discovered that our bodies do produce new brain cells and create new brain structures.

For a long time, we've heard that the left part of our brain takes care of logical thinking and the right part helps us with creative efforts. It's partly a myth because it leaves out a bigger chunk of the truth:

Take the example of Albert Einstein. Oh, he's a physicist; and a famous one; and a Nobel-prize winning physicist, too. You might also have heard that after he died his brain was preserved for scientific research. He was that brilliant!

However mathematically brilliant he was, he loved playing his violin. What's surprising is that he used his habit of playing music to do amazing things in physics. His wife once reported that whenever Einstein was stuck in his work with physics, he used to play music for hours without end until he finds the answers.

Albert Einstein himself once said,

“‘If… I were not a physicist, I would probably be a musician. I often think in music. I live my daydreams in music. I see my life in terms of music. I cannot tell if I would have done any creative work of importance in music, but I do know that I get most joy in life out of my violin.'”

He leveraged his creatively dominant part of the brain to do logically tough problems. Maybe he didn't know how he was doing it, but he was working for him.

All our brain parts work together in perfect harmony.

No matter how simple or complex the task is, you use all of your brains to do it. However, in that case, some brain parts may be more activated than others. Plus, when you can find the harmony between all the parts of your brain, your potential for creativity explodes.

The punchline is that your brain has the ability to evolve and work in coordination with other brain parts dynamically. Just find out what's your best way to use that power and never let anyone limit your intelligence because of your sex, nationality, or any such pointless reasons. 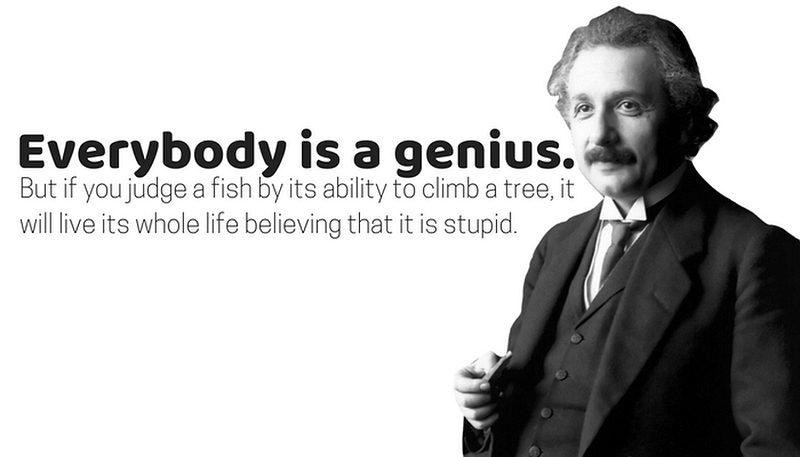 This is going to be short and sweet. The third feature of human intelligence is that it is distinctive to each person. As distinctive as a fingerprint.

Our brains cells interact with each other in infinite ways and that's exactly why we're goddamn different (in a good way) from others. Therefore, it's not fair to teach a classroom of kids in the same way and expect everyone should understand. Therefore, it's not reasonable for you to compare yourself with others in your class and think you're a dumb student. Get away with it, and help your friends realize it too.

So, here's one last word

If you haven't found the thing where you're naturally intelligent at doing it, don't lose hope. It'll be hard to find because your parents, school and society maybe did almost nothing consciously to help you in that process. It is the girl/boy you never met; but if you have met, you both would've been a happy, perfect couple!

What does that tell you? Now that you can think for yourself, you will anyway find it and everything will change from then onward.

And taking a step further,

To create a society with confident and capable citizens, we need to help the coming generations find their unique intelligences and nurture them from the school level. And we need to create opportunities to use those intelligences in the real world. If we do that, we can exponentially reduce the probability of finding ourselves in an apocalyptic world.

When you're contributing to society and being happy in your own unique way, the world will be happy. Simply that.