shri Narendra Modi has announced demonetisation scheme i.e.,500 and 1000 notes are does not carry any value.

A gas cylinder was booked via S.M.S .

coming to the story,this incident was 5 yrs back. My mother used to work in a Media Company, working women from 9 2 5. so in our emergency need of gas cylinder we called the gas boy who used to deliver. He came in the evening to deliver the cylinder, as a show of gratitude we gave him 10/- extra so as to compensate his late evening deliveries, but next time when he came to deliver,he was expecting some amount extra. The boy who used to deliver Gas changed but the extra ritual thing continued to go on. I was frustrated so much, not because it was wrong but why should we give him extra money being a somewhat stingy person, I used to question my Mother every time to not give extra money to the delivery boy, but she used to stop me by saying what about if we have emergency need of gas cylinder who will come to deliver. We have to give some extra money in order to make him come whenever we want. sometimes I was like what will happen if we give 10/- it's to the poor, he has to feed his family with less wages .

I witnessed black money scandal in front of my eyes. By hearing word Scandal you don't conclude some 10 lacs or 10 crore scam. It's a 30 /- scam. The boy whom we used to give 10/- , now was asking 30. I dont no what to do, Modi on one hand was taking some steps to remove corruption on other we citizens again start corruption in some or other way. It's not about how much money it is. It's the philosophy that's wrong. As modi said in below video we have become so habituated to corruption that there is no feeling of shame in what we do. see from 15:22

Guys what I ask is follow the bloody RULZ...

All characters in the above story are totally fictional, they are not intended to hurt anyone.

special thanks to yourstory. 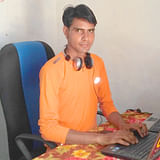 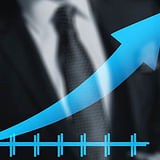 MSMEs or Businesses Roles in economic development of India 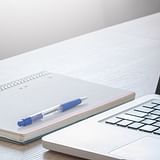 PHP 7 vs dot net core: How to make the right choice