Getting your way with the Goods and "Strenuous" Tax 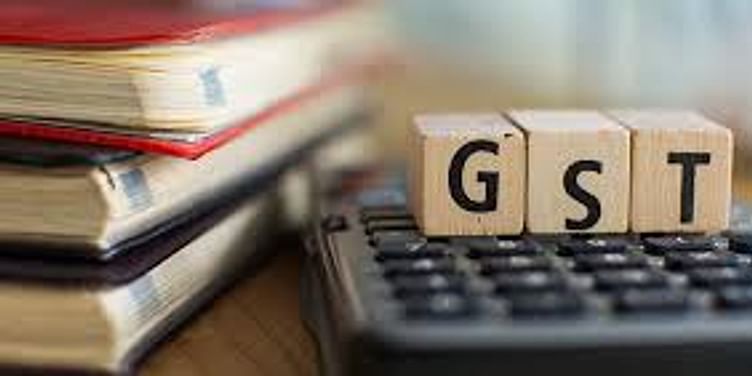 After bidding a sweet farewell to the VAT, the new GST seems to have had a rather mixed welcome by the consumers. With tensions rising in the business battlefield, here's your guide to tackle the Goods and Services Tax..

Paying taxes is analogous to chewing glass. Most corporate businesses aim to reduce their expenses by avoiding taxes. After bidding a sweet farewell to the VAT, the new replacement seems to have had a rather mixed welcome by the consumers. The Goods and Services Tax continues to be a game changer in the business battlefield.

With multiple rates introduced in the name of GST the government aims to modernize the taxation process. As per the proposed model tax will be levied on each good separately. Inter-state parameters and destinations will be taken into account so that each state benefits from the process. Standard rates of 5%, 12%, 18% and 28% have been marked for goods. These rates differ as per the requirement and availability of commodities. But how exactly does this affect Indian Market Models?

The Goods and “Simple” Tax

With the introduction of Goods and “Simple” Tax businesses will be dealing with tedious and cumbersome tax returns. This implies an increase in the paperwork and the documentation process. Seems like the process is not that “Simple” after all. The number of returns which have been declared by the government for the time being are 4. Corporate Organizations will be interacting more frequently with the government, which they surely don’t like. In order to make the process a whole lot easier a number of software services have been provided which would help in book keeping and accounting the returns. These however, still not compensate the model’s inconvenient behavior.

Major impact will be witnessed in the consumer interests. Items of daily usage are said to be taxed at lower end of the rate spectrum. Majority of these are allotted the 5% flag. Some of these include eatables, dairy products, vegetables, cleansing commodities, etc. Next comes the 12% mark which consists of the nominal markets. Books, cabs, product services, etc. are bagged in this lot. These services are most widely used and are therefore placed close to the previous 14% rate. Commodities which are used up to a certain extent and have significant availability to the consumers are being taxed at 18%. Electronic devices such as smartphones, laptops, tablets, etc. fall in this category. The standard 14% barrier was breached taking into account the high cost of processed silicon. Manufacturing of the components is also considered after which due value is given to the unit produced.

The 28% flag is where the consumer grips his hair. Foreign commodities include multiple shipping services and import rates which lead to an increase in the original fixed pricing set by the seller. These are thus categorized in the upper end. High quality automated items which require excessive machining also share the same rate due to their large costs of processing. These mostly include cars, bikes and other vehicles. Bank services and stocked commodities also have been taxed at maximum rate due to their case sensitive behavior. Online transactions, transfer of currency, market share and stock play all fall in this category.

With these rates set and introduced in the system, changes in the market theory are prominent. Clearly, goods being taxed at lower rates are expected to see a rise in demand. These items will be purchased repeatedly by the Indian families and stocked up in their shelves for daily as well as later use. Here the population of the country is an important factor. Multiple purchase of these items would lead to a sudden increase in demand, however local shops and retailers falling in the category of small scale businesses will not be able to match these enormous requests. Requirement of these goods thus creates an inflation scenario. Short term inflation occurs but only to boost the demand. A rise in prices will be observed which would eventually reduce the burden on the manufacturers. Small variation in the stocks of these companies might be witnessed due to the decreased purchases. But then again, that’s what market play is all about. Once the supply flow comes back market prices will be restored and the taxing will be conducted as expected.

The idea of taxes being levied on goods seems like a good idea in the long run provided the consumers are ready to face short time inconvenience. But hey, that was only about the lower end rates. The higher end rates tend to decrease the sales for multiple MNCs. For instance, a college student would now think twice before facing a 28% tax (double as previous) on the new Iphone. The simple reason being addition of import duty plus the high amount of tax now being levied on the device. Strategic move by the government wherein the foreign competition is reduced in the market by increasing taxes, 12th class economics at its best!

The scenario gets worse when online transactions and bank services are considered. Imagine a high payable amount of currency being drained in by the higher end rate. This eventually leads to a decrease in the online payments while people try to find their way out via cash or modernized E-Wallets. Banks thus suffer losses until the GST Council steps in to review the rates. Stocks on the other hand have a similar story. With the idea to sell the remaining share and acquire a safe position in the market, the seller will try to clear off the burden before 1st July. However, that won’t come out to be a success for all. Thus negotiations will start from a fairly lower price resulting in multiple loss occasions. Well, that’s what we call the law of the natural selection.

So how do we get out of the tax trap? Consider it to be the test which the consumers are given and are supposed to pass. The only way to come out with flying colors is by avoiding booby-traps and tricky situations. These refer to the items with higher taxes. Avoiding the 28% rate makes all the difference. As a matter of fact, it serves well to the consumer. The previous VAT had a 14% tax charge which was fixed and could not avoided as per the choice of the consumer. Opposite is witnessed in the GST model.

The consumer gets a full right to avoid his taxes and that to in the manner which he chooses. By simply avoiding the highest rate, averaging the tax charge rate of 5%, 12% and 18% comes out to be 12%, which is even less than the GST’s predecessor. It’s just a matter of meticulous observation and strategic planning for the Indian Households. The key lies in targeting frequently used products and avoiding the hefty ones.

As for the corporate organizations, the world is your playground. Registering businesses with the procedure and possessing a software are of the primary essence. Clearing off the undervalued goods would probably be the next step that any firm would take. Marketing methods and advertising strategies can handle that department. What’s more important is to keep one eye on the ball, which is the stock value. One short term depreciation can cause a lot of damage to the overall productivity of a business. Manufacturing supplies should be increased as a result of the expected demand. Processing expenses should be minimized in order tackle the large returns. Implementation of skillful market moves is not recommended as these might lead to a fall in the profit margin, save aside the loans you startups are already in!

Concluding the scenario with a single statement would be unethical. The process can go down two ways. 1) Markets suffer a huge blow for a momentary period of time and fail to recover as a result of the increased returns. This would eventually bury a large number of small scale businesses in debt and leave a dent in the economic system of the country. Or, 2) the businesses and households act wisely and prepare for the first blow. This would give the sellers time to study market behavior and adapt to changing situations. This way, the community will grow as a whole and pave way for the stability of the GST model.

The important thing to note down from this change is that the lawmakers are not savages, they’re just old hairy people deprived of their lives trying to make the country a better place. Just this once, let’s appreciate the good in the system and give the economists their fair “share” of credit!