In the blink of an eye, time creates a story

We believe that human lives are nothing but a story. Look around and we are always surrounded with stories, countless stories! Some are inspirational enough to leave a dent on our memory and some just fade away with time. How great a story is, who knows?

We believe that human lives are nothing but a story. Look around and we are always surrounded with stories, countless stories! Some are inspirational enough to leave a dent on our memory and some just fade away with time. How great a story is, who knows? The ones that have touched our heart and soul with a personal impact, stay with us. Here’s our story, a story that is incomplete without you being a part of it, a story yet in making, a story, we would love to share with you: 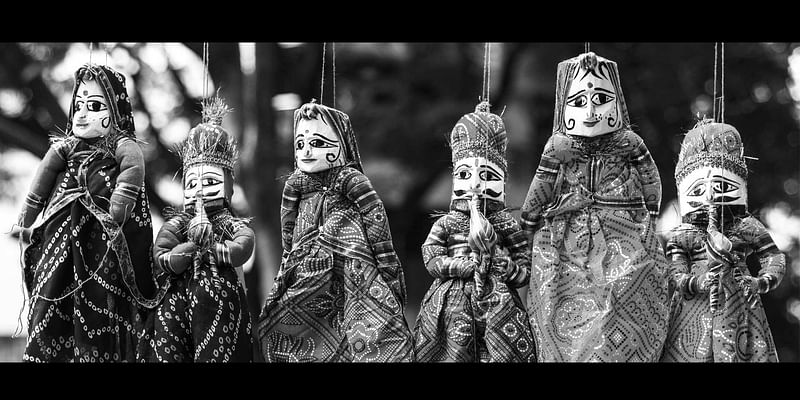 17 years ago, Manish and Piyush began their friendship. Completely unaware of the fact that in the days to come, they would be co-founders of their startup-Craftsforyou.in

The journey of the startup was a bumpy ride, like one of those typical adventurous journeys. Piyush as a technical person in Delhi based power Distribution Company and Manish as a video editor who had worked with the reputed production house and associated with brands like Parle. Since both of them were working in different fields, taking out time to collectively work on the common idea was a big hassle.

But, to the surprise of all the challenges, both of them managed to permeate outside the technicality of corporate jobs and started working on their dream of starting their own enterprise. Persuaded by the enthusiasm, Manish had already resigned from his job. Piyush took the same road, afterward!

As the brainstorming began, there were multiple ideas that impressed them but it was really difficult to reach any conclusion without research. The most difficult thing is to bring two highly creative brains on the same page. Manish and Piyush struggled with their thoughts, dealt with their complications and clung to their dream of startup until the potential business concept dawned on them.

During the brainstorming process, they both had become highly obsessed with the expectations and complications had increased. This scenario tricked them to switch to a mindset, where they began to think that everything should go according to plan. From ruckus party to serious work, they believed that everything should be plan-bound.

While the stuck to the plans, life had other plans to them. That is how all that happened!

Piyush and Manish had planned to visit Jaipur with childhood friends. Little did they know that this trip was going to change their lives forever!

Jaipur a city of forts and castles and is famous for their handicrafts products. While taking a stroll to the handicrafts market, they noticed the wonderful handicraft items had earned money and respect for the retailers. But, these two friends were more concerned about the artists behind artifacts.

These shopkeepers were rich enough to live a respected life in society but what about the artist, what they are getting. This question did not let them sleep the whole night and they decided to know more about the artist and their skills.

Unfortunately, the reality was terrible and devastating. Artists were not getting the sufficient amount which they should get. Piyush and Manish discovered that these people would never be able to ask for the right price of their art from the wholesalers, as they are uneducated, under-confident and weak in social status.

Hence, Piyush and Manish decided to discover more about these artists. They did not face any difficulty to come across the artists in Jaipur but it was really difficult to discover why they were not paid off worth against their work while the wholesaler was making huge money by selling their art in the big city market.

The trip was over after this confused day of searching artists and now research was on track to be aware of that what can be done for artists & traditional handicrafts, as well as how, can be they trained to produce a mixed combination of traditional and modern art. Finally, with all the research they reached to this decision that only the wholesalers are making money, while, they don’t bother how artists are making these masterpieces and not getting good money against their hard work and skills.

They also realized that the art industry is worth 43,000 crores. Yet the industry has no common root to hold it. It is all scattered. Though there are a handful of players they have diverted from their aim of promoting themselves as the seller of handicrafts and well-wishers of the artist. Thus, with the aim to own a space in the consumer's head as representative of Indian handicrafts and to secure a livelihood and better life for artists and their family, they moved.

They worked to bridge the gap between art lovers and artists while creating a better monetary model for the artist. The majority of the artists of this industry are working in rural areas so it was always easier said than done to deal with them as several of them don’t understand and speak your language nor they are familiar with new technologies. But communication can never stop you talking to someone and they handled it.

India is diverse, rich in history and religion. The craft of each state in India reflects the influence of different empires. Throughout centuries, crafts have been embedded as a culture and tradition within rural communities.

The crafts of India have been valued throughout time; their existence today proves the efforts put into their preservation. Contemporary designers are constantly embedding traditional crafts into their designs. Also, there is a complete educational institute, which mainly educates for the crafts and their existence with design. It includes education of traditional crafts in their course curriculum to maintain this culture.

Despite these efforts, the roots of these crafts, which are the rural craftsmen, are in decline. This has been argued at the time. Rising costs of materials and supplies have placed many of these craft communities in financial struggle. According to All India Handicrafts Board that craft export has increased from 23 crores to over 9000 crores since the past 50 years. With rising economic and political issues in India, the craft sector is struggling to uphold. Although an interest to retain the culture of crafts is seen in designers and institutions.

Today they stand as a frail hope to the dying art of rural craftsmen. It is a platform, which lets you adorn, appreciate and buy the product but recognize its soul. You can get to know the hands of the finely sculpted crafts and support them. As mentioned earlier, without you, the story is incomplete. Step in and you never know how many frail stories, on the verge of fading away, are waiting for you, to acknowledge them, revive them and save them.

Come together, let's support the stories they craft! 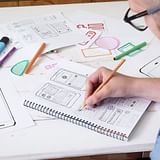