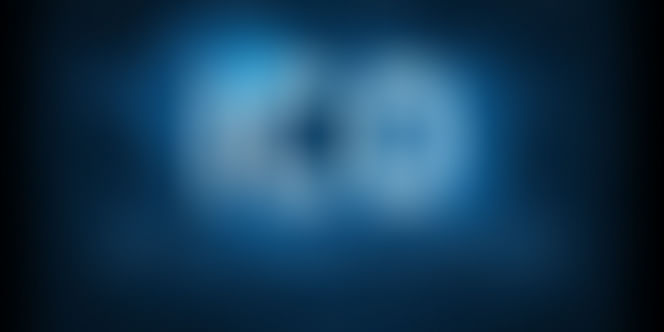 ICO – Initial Coin Offering has been trending in 2017 to raise money based on cryptocurrency and it seems to be going nowhere in 2018. In fact, there are many organizations that are risking ICO to build capital for their business.

What is ICO? For those who don’t know – ICO is an unregulated means of raising funds for a new cryptocurrency or blockchain technology-related venture. It is usually conducted in the form of big events lasting for a few hours to a few days depending on the organizer.

Let’s look at the top 5 organizations or ICOs to invest this year. This list is solely based on the consumer reviews and company’s ideas or concepts used by implementing blockchain technology.

Elysian also supports a variety of small businesses with enhanced functionality. The merger of cryptocurrency and e-commerce platform makes all its moves effective in the future. They aim to be a multi-million-dollar company with a high success rate.

If they chose the e-commerce platform, with proper knowledge and support along with the blockchain technology backing them up, I don’t see any negatives here. Even though Bitcoin price is an all-time low, this will certainly make an impact.

Coming to the token offered, it is known as ‘ELY’ with a Pre-ICO cost of $0.06 and post ICO cost of $0.12 per ELY. The most supported cryptocurrency here is Ethereum, you can use Ethereum to buy as many tokens as you wish to.

A team of developers from Microsoft, Google and Amazon are working to create a blockchain to make it go mainstream that is ICO mainstream. As we know, that the scalability is an unresolved issue when it comes to ICO and cryptocurrency.

This team of developers developing a blockchain technology to resolve scalability and less permission at the same time is a huge bonus if they succeed. You will have a platform to openly trade or buy ICO.

This is a unique concept in 2018 that is expected to start from scratch and go high eventually over time. This blockchain has an advantage, it separates governance at both protocol and application layers. Only a few are able to succeed in this task and if they do it, mainstream ICO is no longer a dream.

Cypherium is a newly launched ICO at the beginning of the year, so you can certainly expect a few tweaks and quirks from their end. It will be worth the effort to see and enjoy their growth.

A Korean blockchain technology that should be on this list due to its diversified investments in various sectors along with the cataclysmic reaction that Korean ICOs make once they hit exchanges is the Edenchain.

With a smart contract enabled programmable economy blockchain technology, targeting the wired-up powerhouse of Korea, Edenchain has diversified interests and assets in various sectors. Healthcare, finance, commerce, IoT, Ads, Energy and lastly ICO is the main reason for Edenchain to make to this list.

The diversified investments and assets of the company will certainly back up the tokens being sold. There is a news on their feed stating that the next ICO will happen soon. With a 24 million fundraising being done already, Edenchain is willing to host events for ICOs and start giving out more tokens, this is a good opportunity to check it out.

Loomia is a sleeping giant and many veterans have already bet big on this bet. For those who are still learning the ICOs for 2018, Loomia is something to look out for. They haven’t yet posted any date or time for their ICO event, but, they will certainly create a storm.

People are awaiting this excellent opportunity to buy and exploit it as much as possible. The verge price prediction per token is said to be $0.06 with a total of 800 million tile tokens supplied. Talking about Loomia, they specialize in textile circuitry with functions like sensing, lighting, and heating. This helps create a link between IoT and the physical world, and this is certainly not an easy to thing to achieve.

The data being collected is stored in a software device called TILE. This has helped save thousands of lives every year under various circumstances. This ICO mainly supports Ethereum while accepting Bitcoins too.

This ICO doesn’t have the hype or doesn’t even make to most of the top lists but I have a few reasons to bring it out here that will help you understand why OneLedger made to this list.

The concept used by OneLedger is unique. As the name says, Ledger where a private or public side chain can be created via the nifty protocol of OneLedger. The Cross-ledger blockchain protocol governs the entirety of the ICO. This is rather a new concept that is easy to handle even if you don’t understand the basics at the beginning.

The main reason for this technology or protocol being invented is to make the ICOs or Cryptocurrency transactions much easier to the common man and smaller enterprises. This is can bring balance to the blockchain world and it can also be said that we need to promote this for the welfare of the industry.

Even if you aren’t investing, try to promote this yet to be a successful venture.

All these ICOs are making a lot of noise in 2018 and are expected to the top of the chart. The concepts and ideas behind the blockchain technology used will define the growth or fall of an ICO.