If we are connected on social media accounts, I know all about you!

“Hey, love your attire, Wow! You have lost so much weight, Congratulations! Welcome to parenthood, you guys look perfect together, sorry to hear about your grandmother”, haven’t you read or written these comments numerous times on your social media handles? Now this is what we all do online, while in our minds we presume others well-being, when they post they are happy, sad, irritated, angry or worried and comment accordingly without having the need to meet and understand, share, talk, comfort or just spend time together. So, are we giving away too much on our social media platforms and staying connected without actually connecting!

I met a friend yesterday, an ex-colleague actually, after almost a year. That’s long, isn’t it? We were in the same office for almost a year and shared a good rapport. You know the regular office stuff, working together, partying, gossips, and healthy competition. Then why did it take us so long to meet? Is it because we didn’t feel the need to communicate later or we both thought we know what’s happening in each other’s life through social media; so we are connected!

Bingo! Did you also just realise the same about friends and family or anyone who you are connected to on social media but haven’t met in a while. But you think you know all about them. Obviously, they keep posting updates, photos, check-ins, tweets, Instagram /Facebook/Snapchat and now WhatsApp stories too! You know where they are dining, weekend plans, new bae, movies, break-ups, when they have guests at home, when they are on a vacation, if the “good news” is arriving soon, their son’s first day at school and even someone’s unfortunate demise; the list is never ending. Now isn’t that cool that we know so much about them even without having to make an effort to call or meet. 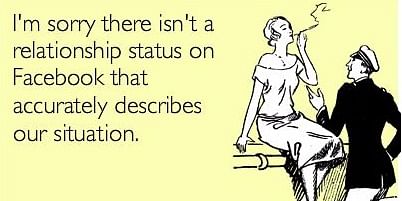 There has been enough said about the pros and cons of social media but the alarm hasn’t rung. Even when people shared private photos of actresses leaked from their mobile, Mahesh Bhupathi’s and Paes WhatsApp chat, a false video in 2012 creating panic in the minds of people from north eastern states about their safety in India, army soldier exposing Indian Army, a married woman’s rape in Bihar or the recent suicide video post on Facebook live; there has been no end to it. All of these incidents had a motive like the chat between Bhupathi and Paes was personal and was used to one’s advantage, the leaked photos or rape videos come from different mentality, the north eastern panic was just created for political benefits and on the other hand the Indian soldier asking for help from PM Modiji might have put himself in trouble like Tej Bahadur Yadav, the BSF jawan, that started the trend. Whereas others such as PM Modiji or Sushma Swaraj have taken complete advantage of twitter to congratulate, share or instantly help.

The line between public and personal life has taken a back step. Now, the game is all about likes, shares, re-tweets, views or comments. These days, Facebook goes back to our history to show our memories, so what you would rather do, than share? Live that moment again with someone or press like and share it again. And no, before you judge me I am not anti-social; I am very much amongst the crowd. After all, who can remember birthdays, anniversaries, or what I did last summer! But hey, I am also afraid of losing that personal touch of a call, meeting and get-togethers. I dare not say letters, or I would be #oldschool.

My realisation post meeting my friend is another reason that I chose to write because I changed and I grasped my thoughts yesterday. My friend wasn’t really busy, her updates were not her actual timelines, she wasn’t really happy as it seemed and she was living a life that was unseen to many. And bang! I realised that all through these months I kept seeing her posts and thinking that she is doing good for herself, she is so lucky, she has got all she wanted, she is living a dream life etc. No, she isn’t, like me or you, we are beyond this. Our life is not always what it seems on the look, or what we sometimes portray, it is way beyond that and I or you as persons are much beyond our social updates. We have souls that need personal touch, personal care and always a comment or like/love on Facebook post is not a way to show what someone means to you.

Do you remember your mom’s or dad’s friends? They always had people coming in or meeting. It could be society gatherings, functions, birthdays, kitty parties or just no reason. And you would always be like, “Mom, who was she you just spent 15 minutes on the road chatting with?” and she would relate it somehow to someone. It is because in their generation they knew and valued personal touch more than e-smiley’s. They understood the importance of staying connected personally and most of them still do. Probably, that is why they love dragging us to the weddings, ceremonies and we always have an excuse ready.

I still remember the woman who went to Greece on her honeymoon without her husband and her pouty photos went viral. While, I am all up for the idea of women travelling solo and we actually have the best time of our lives. I am unable to digest the need to go on a honeymoon with in-laws and without hubby. Booking a trip to Greece, sure would have cost them but how much cancellation charges of two instead of one would have mattered, especially, I repeat on a Honeymoon. Instead of sharing her sad pictures just after getting married, I think even sitting on a couch with her hubby watching TV or snuggling early morning on bed at home would have been worth the personal time spent together. But, maybe the idea of Greece was larger than their grief!

It’s astonishing as to how sometimes a little incident swirls up a mammoth of thoughts inside us. But as someone, somewhere said, realisation is the power to any situation. Go on, check your tweets and updates and stay connected but remember once in an early while knock someone’s door for a surprise, stay by their side when they are not well, hold their hands in rough and good times, cook something together one afternoon and most of all realise don’t judge or know someone by all their social visible likes!