A revolution in the online freelance market place?

I was hired to work on a custom video development for a startup based in Ahmedabad, India. While going through their script at some point i felt that yes this can be the next revolution in how freelance marketplace work these people are solving the current issue which is ignored by multiple freelance platform. so I requested the Founder/CEO Dhrumil Patel to share the story about how they come up with this idea and their journey so far.

Workoscope is being formed by two people Dhrumil Patel (Cofounder/CEO) and Sanket Nainani (Cofounder/CTO) in Ahmedabad who are working to provide thorough freelance services to the public. The goal is to make freelancing platform more sensible and fair for all the parties.

The two behind Workoscope has worked on many freelance platform for more than seven years. The team has been working as freelancers, but they never felt happy even after completing more than 800 projects over the years. The pay was low, and the commissions that was deducted by the freelancing platform were high. The duo decided to start their own digital firm but they realised that they don't have any physical client with whom they can contact all the clients where based on freelance platform.

The team decided that they would develop a freelance platform which can out perform the competitors. It took about a year for the duo to figure out a unique business model which can benefit both the freelancer and the client and will never feel cheated or undervalued.

The first version of Workoscope took nearly 6 months to develop and was launched just in India. The company got an immense response with more than 1k registered freelancers listed in three months with about 2k project closed at the same time.

After much feedback from the freelancers on Workoscope platform the team decided it's time to go global, the duo decided to raise a seed fund from friends and family to hire a team that can help them with the development and marketing. The duo successfully generated a seed capital of $50k. Though things were not going to be easy for these two, gathering a team with required skill set was harder then they could have ever imagined. since the budget was limited they reach out to old friends but none of them were ready to risk switching jobs, they tried talking to freelancers but somehow the two were not convinced.

After several interviews they duo all of sudden came with an idea, how about if we start a competition for freelancers on our platform to develop different modules for Workoscope and allow them to add those modules into their portfolio?, and it turns out be a fantastic idea not only they got a team of 1,500 freelancers working at the same time but the amount of capital they saved increased their marketing budget.

The general effort of Workoscope is to ensure that every party in the freelancing process is happy. The clients will get the work that they need with rates they can appreciate, and the freelancers will get the money that they are looking for. This is convenient point for work that is simple for all to handle.

This newer version of Workoscope is expected to launch soon and will include many outstanding modules which none of their competitors offers.

Pre-registration of freelancers has already begun, though the team of Workoscope is very strict when it comes to freelancing standard so freelancers might have to go through several interviews to get their profile approved.

Freelancers who are interested in working with Workoscope can subscribe now to receive promos and pre-registration offers. 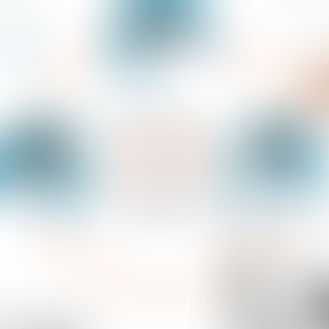 Importance of Successfully Nurturing Culture in the Workplace