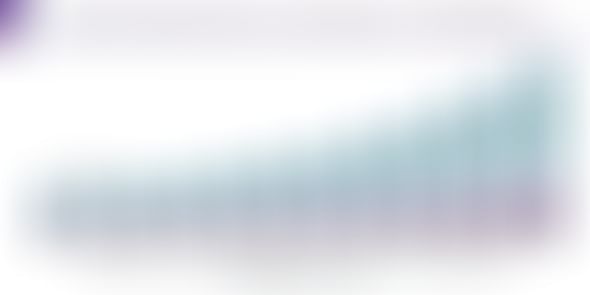 Distributed energy generation (DEG) systems are electric power generation facilities that are not directly connected to the primary centralized power generation system. These include small-scale generating systems meant to produce electricity close to the consumer’s location. Various types of distributed energy generation systems include diesel generator sets, solar PV systems, and wind power systems. These systems generate power on-site; hence, there is no need to transmit power from some other location, eliminating the losses and costs related to power transmission.

DEG is being widely adopted for commercial and residential projects

Distribution Energy Generation is a reliable, efficient, and environmentally friendly substitute of the conventional energy system. A new trend is developing towards conversion of large centralized units such as power plants in to smaller decentralized units like solar panels and combined heat and power. The technology is readily available to be installed at homes or business in form of solar photovoltaic panels, small wind turbines, reciprocating engines, natural-gas-fired fuel cells, etc. The distributed generation system may serve as a part of a micro grid or a single structure such as homes or businesses. The disruptive changes in DEG and deployment of DEG-based devices in industrial, healthcare, retail, transportation, and many other fields is a proof that the technology is the first step towards sustainable energy mix. 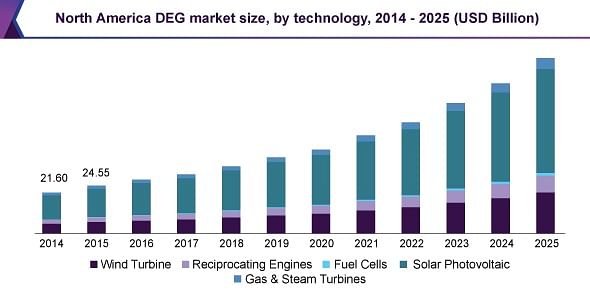 Distributed energy generation technology is dated back to early twentieth century. Back in those times majority of energy requirements such as heating, cooling, lighting, etc. were fulfilled at or near the point of use. The first power plant of New York City in 1882 used reciprocating engines to generate power. The power plant was a direct current distributed power system that fulfilled the requirements of nearby customers.

The power system evolution can be divided into three distinctive phases:

• The first phase of power era was from 1880 to 1910 where small distribution power plants provided energy to local consumers through direct current power lines.

Previously, the deployment of source of renewable power was an expensive option for power generating companies. High capital cost and requirement of large land areas led to decreased investments in renewable energy. However, with increased government support and awareness among people, renewable energy sources have become a cost-effective method for power generation. Renewable energy prices, especially those of solar and wind energy, have reached grid parity due to increased competition in the electricity generation market. For instance, European Union’s Emissions Trading Scheme (EU ETS) has made prices of non-fossil-fuel-based power generation more cost-competitive. Increasing investments and supportive government regulations in Central and Eastern Europe (CEE) are a major factor for the growth of renewable energy in Europe.

The prominence of DEG is likely to further increase in the coming years as transmission and distribution (T&D) of centralized power requires complicated planning and vigorous monitoring to avoid electricity theft. This proves as a favorable situation for DEG as a substitute to new T&D development. Developed economies including the U.S. and European countries spend large capital investment in the operation and management of transmission lines. For instance, in 2012, electric utilities in the U.S. spent nearly USD 90.5 billion for the generation, transmission, and distribution of electricity. International Energy Agency (IEA) predicts that the European region will require a transmission investment of USD 187 billion by 2030. In this context, DEG can be a viable option rather than further expansion of T&D network.

All in all, a grand transformation in underway where a wave of decentralized systems such as DEG sweeping across the world and changing the way of our lives with innovative devices that work with minimal human intervention. According to a market research report by Grand View Research, the industry is poised to reach around USD 573.7 billion by the year 2025.