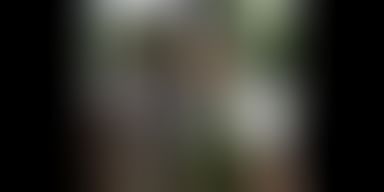 Enough of cricket in India. I know it is blasphemy in India. After all we have the cricketing gods from Kapil Dev, Sachin Tendulkar to Virat Kohli to name only a few. But who is there in the cricketing star wars? Barring for Australia and England rest are all a pack of non sporting nations. I will still give it to the West Indies because of its brilliant track and field athletes. Barring that, we have a handful of nations like Pakistan, Bangladesh, and Zimbabwe who are a far cry from a top sporting nation. Certainly this does not make cricket a global game. No wonder ICC is trying its level best to push cricket into countries like USA,Germany and Netherlands which is like forcing a polar bear into a desert.

Critics will argue that why disturb the status quo of Indian cricket when it is one of power houses in the game? However my argument is that why not focus on a global game where India I believe is on the cusp of a strong show. Here I am talking of tennis. Tennis?? yes I mean tennis.

Tennis has given us our own heroes. Ramanathan Krishnan, Ramesh Krishnan, Vijay Amritraj, Leander Paes and Sania Mirza are the top names that come to the top of the mind. In the modern tennis we had Vijay Amritraj reaching the quarter finals of a grand slam four times during the Borg, Connors and Mcenroe era. Also we had Ramesh Krishnan who reached a career high of 23 in the ranking during the Lendl, Becker, Edberg and Wilander era. Then we had Leander Paes winning the bronze in the Olympics and defeated many a top singles stars in the Davis Cup. Sania Mirza was also well within top 50 in the woman singles. In the doubles front, we have leading players including Leander Paes, Sania Mirza, Mahesh Bhupathi and Rohan Bopanna.

The pertinent question is about the status of Indian tennis players today. Never before did we have a surge of players in the ATP and WTA who are in the bracket of 200 to 800 rankings and waiting to break free. This is led by someone like a Yuki Bhambri who first showed early promise as a junior Australian Open champion. He broke inside top 100 on the ATP but have been always hampered by injuries and thus not allowing him to play one full season. A fully fit Yuki should get inside top 100 and play at the highest level of ATP series and Grand Slams. Then we have somebody like a Ramkumar Ramanathan who is getting better every passing month. Also we have a bunch of players like Saketh Myneni, Prajnesh Gunneswaran and Sriram Balaji whio are already expressing themselves. However it is a bunch of rising players like Sumit Nagal, Karman Kaur Thandi, Zeel Desai, Mahak Jain, Adil Kalyanpur etc that makes Indian tennis exciting. It is indeed heartening to see somebody like the 19 year Karman Kaur Thandi getting better and stronger and beating players much above her age and experience. Her current ranking of 430 might not have taken the world by storm but it is a sign of what Indian tennis is to see in the next 5-7 years.

Tennis is however not a typical middle class game. Any aspiring tennis pro needs at least 50-70 lacs per year to survive in the tour.This goes straight from the parents pocket who needs to be quite well off to see their wards reach the level before he can survive with his own tennis earnings. Thus it is heartening to see potential players like Sumit Nagal, Ramkumar Ramanathan, Karman Kaur Thandi and Ankita Raina backed by their respective states, sponsors and individuals like Mahesh Bhupathi.

I am sure with the right program and support the day is not far when India will be able to cheer its own singles tennis star in a Grand Slam.

Writer: I am Kangkan Mahanta who is an ardent tennis fan and have my own tennis blog. I can be reached at kangkan.mahanta78@gmail.com 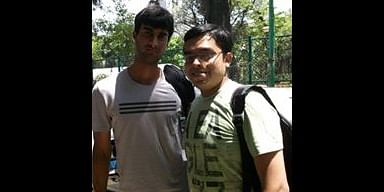