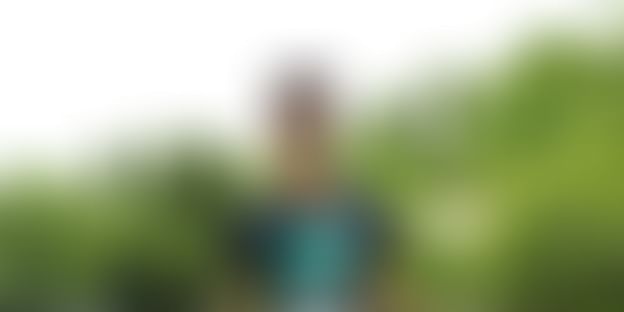 I started looking for a summer internship in early April. I was aiming for a startup as it was going to be my first industry exposure (all I had done before was creating posters for college clubs and events), and I wanted to discover the various facets of design. Also, given my no-design background, it was highly unlikely that any big tech company would have hired me. I sent my resume to almost 20–25 startups but with no success. One day, while browsing on Facebook, I came across a post by Niranjan (UI/UX designer at Elucidata who ended up being my mentor during the internship) on the FB group, Dribble India, about a design internship at Elucidata. I applied immediately and got a call the next day. I first had a conversation with Niranjan; it was a general talk that revolved around my background and my design portfolio. Next week, I had a 20-minute long interview with HR. I was asked to introduce myself after which I had to describe how I had developed an interest in design and how I learned it. I talked about my first interaction with Adobe Photoshop when I used to make collages and did photo manipulations. This hobby then turned into a passion and after coming to college, I got involved in a lot of design activities like creating posters, banners, T-shirts, logos etc. I mentioned that I was a self-taught designer and the internet had been my mentor for the last 5-6 years. Next, I was asked about my expectations from the internship. I replied that I wanted to learn the real-life applications of design in a business and would like to discover how creatives worked in an official set up. In short, I hoped to develop into a mature designer after the internship.

She scheduled a technical interview with Niranjan the next day. The technical interview was my favorite part of the whole hiring phase. It lasted around 45 minutes, and we talked about almost everything from serif and sans-serif fonts and my WhatsApp redesign concept to Don Norman and cognitive science. At the end of the interview, Niranjan was reasonably satisfied with me and awarded me a Dribbble invite. I had another interview with Anuj (Product Manager) a few days later. I’d like to share an amusing incident that happened during that conversation. Anuj asked me if I had to design Facebook for old people, what factors would I be taking care of. I talked about the factors like color as color blindness is a major problem among elderly, and how arthritis is a frequent phenomenon too, which would result in a need of voice interface! After I had finished, he gently asked me if I had thought about increasing the font size. I realised that while trying to impress the interviewer, I had overlooked an essential, and obvious, point and felt really stupid! Thankfully, my overall answers were good and I had left a good impression on the interviewers. Finally, after these three interviews, I was hired!

The office was far from my place and I used to spend almost 3.5 hrs in travelling. The work timings were somewhat harsh for a 19-year-old college student – 9 am to 8 pm with alternate Saturdays off. I had thought that getting this internship would be hard, but after the first day, I realised that completing it would be harder! My daily routine was as hectic as any full-time employee. Thankfully, I was doing what I loved, and not even once I had to force myself to go to work. I worked on creating a product design system exclusively for the products and brand of Elucidata. In most of the companies, it’s rare that interns work on anything more than grunt work. I was ecstatic that I was working on a project that would actually be used and would make it to production. Elucidata works with scientists, researchers, and pharmaceutical companies to ease the drug discovery process by providing technical and data science solutions. So a visual language was much needed to help create a uniform external and internal communication. A visual language refers to a set of rules that allows one to design products in a consistent, scalable, and repeatable way. A solid visual language makes a powerful impression with the audience and provides a unique but consistent look and feel to the products. Choices for design aspects such as typography, color schemes, shapes, spacing, and layouts were laid down, and then each object was created based on these decisions. Throughout the ten weeks, I researched, did user interviews, made wireframes, designed the UI elements, and finally coded a CSS library so that the developers could easily incorporate the visual language into their projects. I also developed a static website to host the live preview and markups of the CSS library with the document of the visual language. Apart from the visual language, I also worked on the design of visiting cards, letterhead, PowerPoint template, and email design.

Learnings: The first shock that I experienced after coming here was the design toolkit. In Elucidata, Sketch and Figma were used for designing and Invision for prototyping. I was an Adobe fanboy and had been using Photoshop for years. Heck, I even made UI mocks in Photoshop! I had to shift to Sketch and Figma and ditch my childhood love. I struggled a bit with Sketch for a day or two, but then I picked up the pace and realized how powerful the tool was. I immediately fell in love with it. It has been three months since I started using Sketch and now I don’t even feel like opening Photoshop! In addition to these design tools, I also learned how to use Trello, Jira, and Google calendar for enhanced productivity and better management. Another amazing thing I learned about was Syntactically Awesome Style Sheets (SAAS). I call it CSS on steroids! It’s magical and has everything which CSS lacks – mixins, variables, conditional statements, classes, etc. The entire visual language CSS library that I wrote was written in SASS.

I learned a few important things about user experience as well. Niranjan forced me to answer the ‘Why’ behind every decision I made – “Why is the submit button on the left and not right?” “Why is there a button to close when there’s already a close icon”, etc. He also repeatedly asked me to think of multiple solutions rather than sticking to one. This helped me think of a broader picture! As it was a small family consisting of developers, designers, and researchers coming from a varied educational background, not everyone had the same biological expertise. Hence some of the employees used to present on basic biology topics so that everyone in the team had an idea of what exactly they were working on. I learned about human body metabolism, CRISPR technique, FLUX experiments, macrophages, and NA correction. In addition to these presentations, we had weekly front end meetups, where we used to sit for an hour or two, to discuss front-end development topics. These meetups started in my last month so I could attend only a few, but I learned about GULP and Javascript Array methods. I even had an opportunity to present in one of the meetups where I talked about SASS.

The thing I loved most about Elucidata was the attitude of people towards their work. They were highly motivated and truly enjoyed what they are doing. We had a tradition of Monday meetings, called as Shuruwat-e-hafta (cool name, I know!). In this, all the employees discussed what they were working on and how they planned to spend the coming week. This provided a sense of working together as a family and building something. People were always ready to help irrespective of how busy they were. I approached many people with my silly doubts, and no one turned down my request. I also loved that there was no dress code, and I could enjoy working in a T-shirt! In a nutshell, this summer was, by far, the most productive vacation of my life and this internship experience is something that I’ll cherish forever. Thank you all the team members (shout out to Niranjan) – I’ll miss your company and the company!

Author of the article: Abhishek Sharma