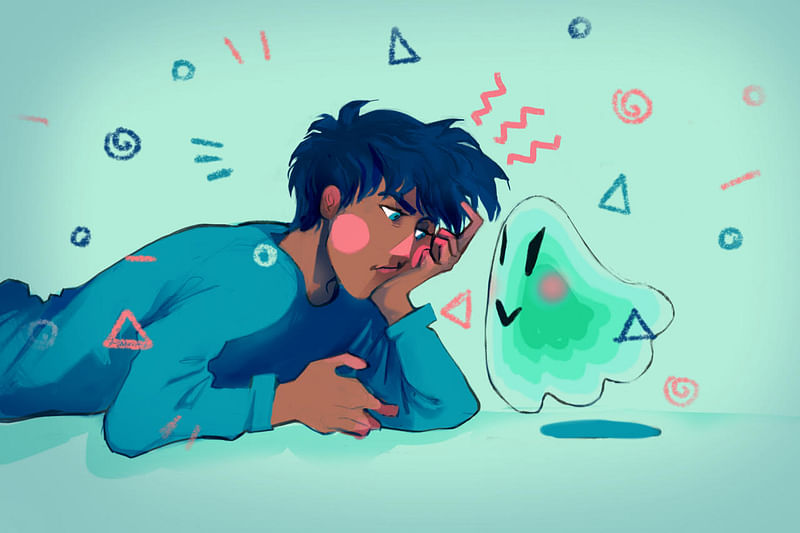 I have OCD or obsessive-compulsive disorder.

This statement holds quite a bit of significance for myself, and as I can imagine, a large section of the community of those who suffer from OCD. I have struggled with it since the 8th grade.

After around two years, I learned how to manage my OCD, that is, I could resist performing a compulsion even though my OCD urged me to do so. The process of regaining control over myself and loosening the hold OCD had over me was made much easier by the help of my friends, family, and therapist. In fact, it was my sister who first recognized and associated my symptoms with OCD. She was also the one who suggested that I make an app to help track my compulsions.

I pondered upon this idea for a few months until I realized how brilliantly applicable it was to my situation. I tried to visually organize each obstacle I faced while making a diary for OCD. As I was recollecting my experiences, I remembered how my therapist had suggested that I keep a record of my compulsions, as well as the negative aspects of my day. Although I started writing one with hope, it didn’t work out too well. I was too absorbed in my compulsions to actually walk to my room, unlock my diary, and write something down. After I finished the compulsion, the sense of relief made me want to relax, but would instead immediately lead to another intrusive thought. I had initially tried to write every night, but all of the thoughts and urges I’d experienced during the day somehow slipped my mind. Moreover, due to the haunting fear of someone stumbling upon my diary, writing about my obsessive thoughts was out of the question. So, writing was quite ineffective for me, and as I have noticed, for many people with OCD. But now, in retrospect, I realize how essential the simple act of writing down and analyzing my obsessive thoughts and urges was to understanding my OCD.

The concept of making an app to act as a diary would be very suited to solve these difficulties. A phone can be carried everywhere easily, unlike a book, so entering thoughts and tracking obsessive actions could be accomplished instantly with the help of gentle reminders from the app. Since all the inputs would be time-stamped, detecting trends, patterns, triggers might be much easier to do. Further, there’s the added guaranteed security provided with phones.

This idea struck a chord with me as I had always had a passion for coding — it was something I could do for days on end. It became a kind of escape from my OCD. I got very interested in Android development in particular. The natural connection between utilizing my existing knowledge of Android development and solving my OCD-diary problem made me wonder why I hadn’t thought of the idea a long time ago.

I began planning the app from the beginning of 2018, immersing myself into its fundamental design and flow. I felt a responsibility to make this app — for myself, and for people all over the world struggling with OCD. This frequently stereotyped disease is constantly overlooked while being one that causes a significant amount of embarrassment and torture for the person. I know this because of my own experiences at school. The intense urge to enter the school gate just one more time was conflicted with my own desire to avoid humiliation. Even though I was visiting my therapist at the time, a self-help tool which would have helped me look at my progress and provide relevant and accessible exercises would’ve been immensely helpful. I wanted to help those who were not as lucky as I was, those who didn’t have an open-minded family or resources to visit a therapist.

I started doing online research into cognitive-behavioral exercises to be done to help people who struggle with OCD. In fact, that was another reason I wanted to make the app — to create a concise directory of the exercises which are helpful when one has OCD. Information found on the Internet and in books can be scattered and difficult to read with all kinds of technical jargon. Furthermore, there generally aren’t any trigger warnings and information is rather bluntly presented. I wanted to help make resources more accessible and easier to read in my app.

I soon realized that the app had to be made more visually appealing for it to become a success. So, I recruited seven artists who were all very talented in digital art and design. We immediately began brainstorming design ideas to make the app more attractive (while I was continuing doing the background research on OCD). The app soon began to look very striking — with an appealing color scheme and vivid caricatures. 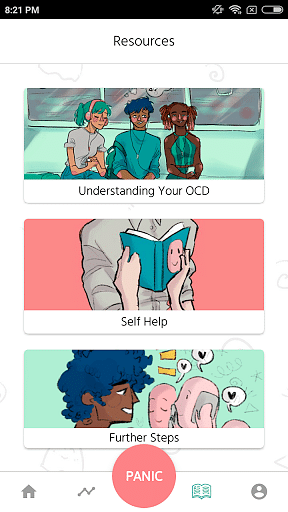 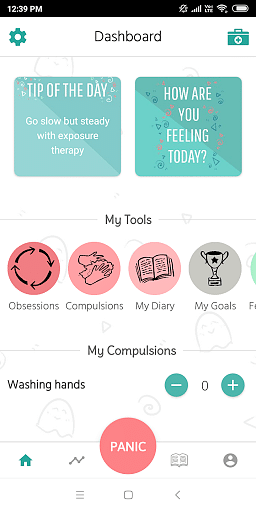 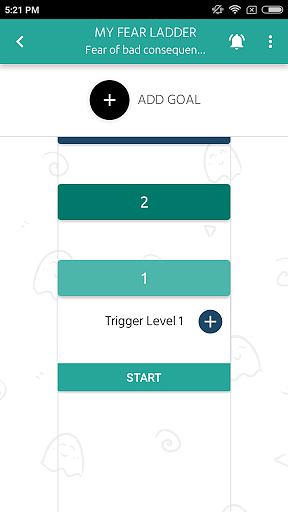 Screenshots from Liberate: My OCD Fighter

One particular area of deliberation was deciding a visual representation of OCD. We came up with the idea of OCD being a small ghost — that it has layers or ‘sheets’, becoming larger the more the person gives into doing the compulsions. I began expanding on the analogy: OCD is not as one-dimensional as a person may think, but instead, it has layers upon layers of hidden meaning. It may appear to be small, helpful even at the beginning, making people think it’s there to help them and what it’s telling them to do is necessary for their well-being. But, it grows, acquiring more layers and filling the person’s head with more and more horrifying images until they’re too afraid to say no to it.

While the forefront of the app was underway, I was focused on the backend. For most of my summer, I was sitting in a swirly leather chair typing furiously on my MacBook. I improvised a lot, doing what I knew and learning what I didn’t from trusty Stack Overflow. In the process, I learned a lot about coding, UI design, OCD, and myself.

After I learned to control my OCD, I tried to avoid thinking about it much. The making of this app brought up a lot of memories — of the disturbing thoughts and the appraisal of them that my OCD forced me to go through, ultimately leading to a compulsion. I analyzed how I managed to dismiss my thoughts for what they really were. They were trivial, fleeting impulses that meant nothing about who I actually was. My thoughts did not define who I was, my actions did. When my OCD was at its worst, it made me think that my thoughts had consequences and would come true in actual life. This frightened me, compelling me to constantly regulate and overanalyze my everyday thoughts. The letting go of this responsibility was a huge step for me and is one of the most challenging steps a person suffering from OCD has to undergo. I looked at what would’ve helped me during this hard time and included it in the app.

I then realized that I needed more help with the text resources and exercises of the app from a professional. Professor Srikanth — a computer science professor who was advising me in the technical parts of the app — introduced me to the NIMHANS doctors and professor, Dr. Paulomi. I worked with her, and she guided me in the creation of content for the app.

Soon came the debugging process. I had finished the coding of the app and relevant research in September 2018, one month after my initial deadline. Since the app had a multitude of features, I had to comb through each one of them. When the user tilts the phone, what happens? When the user presses this button and then this, what will happen? I found two people who had OCD who could test the app and give me feedback. I simultaneously updated the app in accordance with these bugs and had a finished product on November 10th, 2018.

By that time, I was exhausted but proud of the product I had put together. While seated in the dark with my laptop’s screen illuminating my face, I took a deep breath and pressed ‘START ROLLOUT TO PRODUCTION’ at precisely 9:34 pm IST.

And thus, began the journey of Liberate: My OCD Fighter.

While the most challenging part of app development for myself is over, the app still has a long way to go. I am looking to conduct trials at the OCD clinic at NIMHANS Bengaluru among outpatients within the next few months to gauge user response.

If you have any questions or feedback, feel free to email me at help@myocdfighter.com! Our website is linked here, and you can download the app here. Our Instagram page is linked here- follow us for more updates!

~ I would like to thank my amazing team of artists, Rohini, Astha, Zimi, Liz, Sanjana, Ayushi and Nikita, my content editors, Manasi and Ila, and my web developer, Tushar for the number of hours they put towards this app. I would also like to thank Dr. Paulomi Sridhar from NIMHANS Bengaluru for the help she offered me during the creation of this app as well as Professor T.K Srikanth for the steady guidance he provided during each step.