Talk faster than think: Where is the sense of decency, where are the values ​​that company owners are so fond of?

What could be better than being allowed to listen to older men who enrich others with their knowledge? For example, Clemens Tönnies, who announced at the beginning of August at the Day of Crafting in Paderborn that it was better not to combat climate change with tax increases.

Instead, said the entrepreneur, who owes his fortune of an estimated 1.4 billion euros to industrial slaughtering and slaughtering cattle, one should build power plants in Africa: "Then the Africans would stop cutting down trees and they will stop when it's dark To produce children. " Climate protection as tactful as a coarse sausage.

The practical thing about the present is that no one has to fool around with nonsense on Facebook or Twitter. Someone films or notes almost every linguistic derailment, be it accidentally or intentionally, and post them. Which is on the one hand somehow ill, on the other hand, but also draws only a picture of what is said outside everything. And by whom.

Mischievous behavior, ie condescending, insulting, disparaging or simply thoughtlessly uttered statements, are not a privilege of marginal social groups. Surprisingly many entrepreneurs control it as well.

Other German entrepreneurs have an opinion on reproductive issues

Tönnies only continued the tradition of the entrepreneurial Gloria Princess of Thurn and Taxis (now 59), who already had on television in 2001 an explanation for the high HIV infection rates in Africa: "The black likes to rock."

Equally opinionated in family and reproductive issues is the head of the clothing company Trigema, Wolfgang Grupp, who explained to the Handelsblatt in 2013 his image of women: "No matter how old I am, my wife should be early 20. With 30 years can be a No longer molding a woman - and I wanted a woman to adapt to me and my life. " Women with children would be wrong in leadership positions, said the father of two, because: "Children have a right to mum."

At best, she thoughtlessly behaved Verena Bahlsen, 26, heir to the biscuit empire, who swore that during the Nazi period, the forced laborers in the family business were "treated well" (spoiler: was not true!). If such a relaxed attitude to one's own story becomes the rule among German up-and-coming entrepreneurs, they will probably all believe in a few years that their ancestors really resisted from 1933 to 1945.

The boss is the boss

Many entrepreneurs like to be role models. Talk of tradition, values ​​and social responsibility, but surprisingly often make irresponsible. Where is the good and strict education that they all enjoyed? Where are the values ​​conveyed by the parents? Where are decency and manners? Or do the failures have to do with the special entrepreneurial freedom that some just can not handle?

At any rate, that would explain the difference between entrepreneurs and managers. If the manager of the power station division of Siemens had said the Tönnies sentence, he would be rid of his job. As employees, managers know that they are also ambassadors of their employers. Racist remarks are taboo. The sentence "Achmet, I'm pregnant," posted with a goat photo on Facebook, justifies the State Labor Court Saxony, the termination without notice of a simple employee.

But the boss is the boss. He owns the shop, so there is no contradiction. By the Supervisory Board, by the shareholders, by their own value system, by the 20-year-old wife, who has formed her own ideas, or by someone else who gives him the opinion. That's why the public needs to do it. Who talks, gets an answer.

Part of the ritual is the subsequent apology, which ideally follows an insight. Clemens Tönnies soon said that he was "very sorry". He also apologized to "the fans, members and friends of FC Schalke 04," whose supervisory board he is, although he had not offended them (Tönnies had kept silent about the sex drive of Schalke).

However, he, like so many others before him, overlooked the fact that no one apologized, but at best can apologize to those to whom he has blamed himself. You can repent, someone has to forgive. Which is probably difficult to accept, if one is used to being an entrepreneur, to have everything in his own hands. 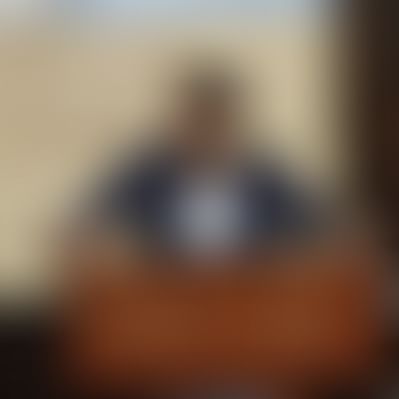