How these entrepreneurs dovetail design and business with ease

Dovetail is one of the leading fixture manufacturers and has grown from humble beginnings from a small workshop in Koramangala in Bengaluru. The company was started by S Sundar and John Mathew, NID batchmates, in 1984.

S Sundar, MD, and Co-founder of Dovetail, says that when they started they had no clue about how to run a business. “All that we knew was design,” he adds. Today, the company clocks an annual revenue of Rs 25/30 crores and work with brands like Calvin Klein Jeans, FCUK, Puma, Debenhams and Marks & Spencer that have given them exposure to global standards of shop-fit.

Dovetail also caters to schools and educational institutions by providing end-to-end design and furniture solutions. Though home furnishing remains a passion for the founders, they have restricted it to B2B segment supplying to startups like Furlenco. Home furnishing retail business is a totally different ball game, they feel.

It was a chance meeting with a client, the erstwhile popular clothing brand Weekender, that set them on a growth trajectory. The Weekender representative wanted to roll out a series of stores in India in 1986 for which they selected Dovetail (then known as Studio line) and commissioned 50 single-brand stores for the clothing brand between 1000-2000 feet for a few lakhs.

When Levis came to India in 1994, Dovetail was entrusted with the task of indigenising, fabricating, and installing the fixtures for their new Asia Pacific concept, which involved new processes that they had to source and implement.

S Sundar, who came to Bengaluru in the 80s from Chennai, worked in the R&D department of Wipro designing mini-computers. At that time, he and his NID batchmate and friend John would have long conversations around starting a furniture business. “At that time, the NID director helped us get a loan of around Rs 1 lakh from Karnataka State Financial Corporation (KSFC) to buy some basic woodwork and metalwork machines. We set it up in Koramangala village. There was a shed being built and the owner was supervising the construction. We paid an advance upfront and he has not forgotten us ever since,” Sundar recalls.

The two raised money only after 20 years in the business. They also rebranded, changing the name of their company to Dovetail that refers to a joint in woodworking, where two sides are fitted together with interlocking pieces. 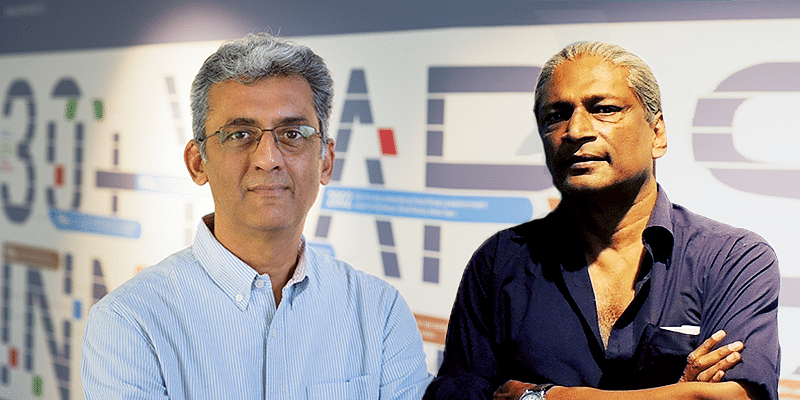 “Though we were bootstrapped and profitable, we raised money primarily for the next stage of growth. We started designing and manufacturing shop-fitting systems for Indian brands in the 80s, then we started getting global brands in the 90s. The institutional business was also always there. In the early 90s, we did our first large school. We started the home furnishing business in 2000s,” says Sundar.

Sundar says for them design is and will always remain the most important part of their business, and this is what sets them apart from the competition. But looking at their 34-year-long entrepreneurial journey, they have managed to managed to nicely fit design and business together.