KVIC identified beneficiaries from various villages and organised training in pottery, beekeeping, spinning, and papad making. It is also establishing a Lijjat Papad unit that will create 200 direct jobs in Goa.

Khadi and Village Industries Commission (KVIC) and the Goa government have joined hands with an aim to generate employment opportunities in Goa, stated a press release.

Pramod Sawant, the Chief Minister of Goa, along with Vinai Kumar Saxena, Chairman, KVIC recently distributed electric potter wheels to 160 families and new models charkhas (spinning wheels) to 50 trained women. This will create direct employment to 700 people. KVIC is also establishing a Lijjat Papad unit in Goa, which will create 200 direct jobs to the local women.

According to the release, these initiatives are first of its kind in Goa because there was no spinning and weaving activity there. Further, for the first time, electric potter wheels have been provided in order to replace the traditional potter wheel, which was considered highly labour-intensive and less efficient in terms of production. KVIC has already helped a thousand people to get employment with these initiatives.

KVIC has identified beneficiaries from various villages such as Morjim, Old Goa, Panjim, Bicholim, Sakhali, Mappasa, Dabhal, and Madgaon and organised training in pottery, beekeeping, spinning, and papad making. The move will assist the locals and help in the creation of jobs.

“KVIC will create 10,000 new jobs in the current financial year in Go,” Saxena said in a statement.

KVIC also participated in the vibrant Goa event as a partner and put up 30 stalls to showcase various Khadi and Village Industries products from across the country. In the three-day event, it recorded sale of Rs 60 lakh.

Last year, the MSME Ministry approved a proposal by the KVIC to increase the wages of artisans by over 36 percent from Rs 5.50 per hank previously to Rs 7.50 per hank. KVIC Chairman V K Saxena said the enhancement in wages would draw youth to taking up spinning as a profession.

“This increase will also attract new and younger artisans to khadi, who were earlier sceptical about their income, comparing it to the wages given to daily wagers under MNREGA.” 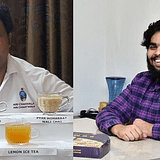 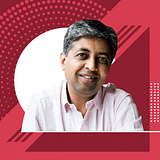 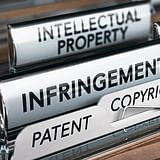