From Rs 1 lakh to Rs 625 Cr revenue: The Indigo Paints journey and other top stories of the week 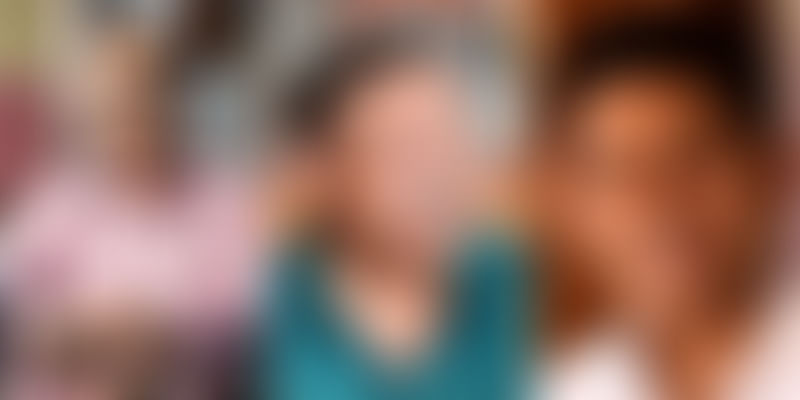 This week, SMBStory traced the growth of Indigo Paints along with the journeys of Annapoorna Masala and Eco Tasar Silk, enterprises that are carving a niche in the FMCG and handloom sectors respectively.

Chemical engineer Hemant Jalan’s early days as the Founder of Indigo Paints were quite different as compared to those before entrepreneurship. While working with Vedanta’s Sterlite and heading its copper smelter unit in Tamil Nadu, Hemant used to take a private jet to business meetings.

After starting his own business, he travelled between cities by two-tier AC train. Started in 2,000 with Rs 1 lakh, Hemant’s company Indigo Paints had a modest beginning. In his words, the company was established with “practically no capital investment” A small chemical unit in Patna and an industrial shed in Jodhpur served as the foundation for the company in its early years.

Employing a customer-driven focus on innovation and an incentive-based approach to sales, Hemant has led Indigo to become one of India’s largest paint brands. In FY20, the Pune-headquartered business reported revenues of Rs 625 crore with a net profit of Rs 48 crore.

At present, the company has three manufacturing facilities located in Rajasthan, Kerala, and Tamil Nadu. Indigo recently went public and listed on the NSE and BSE.

Other top stories of the week include:

Khitish Pandya’s tryst with the manufacturing sector is over two decades long. After completing his MBA from Xavier Institute of Management, Bhubaneswar, he opened a unit in Delhi to manufacture portable houses and mobile toilet vans.

In 1998, he met with an accident that brought some unexpected challenges and “everything went downhill”. The unit had to be closed down in 1999.  While Khitish was looking for a job and doing consulting work for different businesses, he came in contact with an NGO called Professional Assistance for Development Action (PRADAN)- a non-profit organisation that has been working to uplift people in rural areas.

The NGO had also been focused on providing livelihood to the women in Bihar’s textile hub of Bhagalpur. While PRADAN was bringing the yarn-making community together, it was struggling to meet expenses.

That is when Khitish came on board to help weavers and artisans market their products. Soon after, he realised that working merely as a consultant was not enough and he would have to dive deeper into the business.  Khitish brought out the company’s fabric division and launched Eco Tasar Silk Private Limited as a separate entity in 2007.

They convert yarn into fabric, which is then brought to Delhi, further stitched and processed in a unit in Manesar, and converted into various apparels like sarees, scarfs, cushion covers etc.

Khitish tells SMBStory that Eco Tasar clocked Rs 16.5 crore turnover in the last fiscal year. The brand sells about 500-700 sarees a month. The company also has around 100 people on a fixed payroll.

Coimbatore resident Dr Damodarasamy Naidu, in 1975, was running a small chain of hotels when he decided to venture into the spices business, aimed at supplying local spice mixes to them. He established Annapoorna Masalas that locally sourced the spices, blended them in a small unit in Coimbatore, and sold to hotels in the region, following a B2B model.

Today, Annapoorna Masalas has a total of 53 products and 101 SKUs. After rebranding, it launched about 12 national-regional blends, three biryani variants, and nine Tamil Nadu regional blends.

In FY20, the spice mix brand raked in annual revenue of Rs 35 crore. Vijay says the company is confident of closing FY21 with a turnover of Rs 42 crore, with a projection of Rs 200 crore in revenue in the next three years.

In an interaction with SMBStory, Vijay Prasad, the third-generation entrepreneur of the company, talks about the rebranding and expansion strategies of Annapoorna Masalas to other geographies outside of Tamil Nadu, catering to people craving for their regional delicacies.