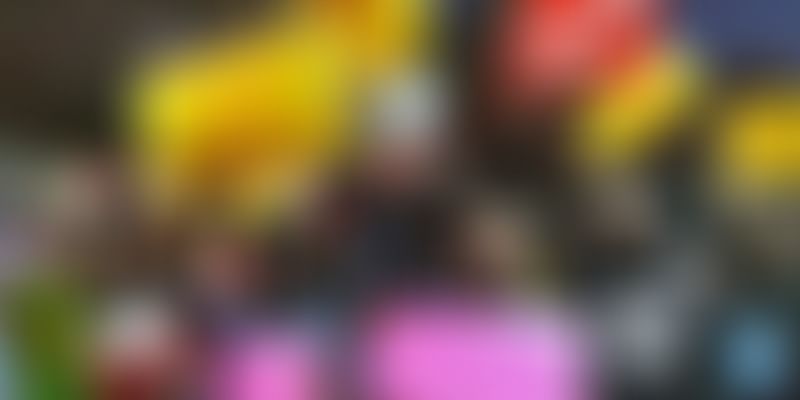 On November 25, the Rajya Sabha passed the Transgender Persons’ (Protection of Rights) Bill 2019, despite criticism and protest from the transgender community across the country. We dive into why it is being rejected by the community and the repercussions involved.

Every human being is entitled to basic rights like education, employment, healthcare, and most importantly, self-identification. However, the transgender community in India is been denied these rights with the passage of the Transgender Persons’ (Protection of Rights) Bill 2019 on November 25.

Since 2016, the transgender community in India has been fighting against previous versions of the Bill, citing various faults and gaps in it. Although, there have been multiple amendments, none have been close to satisfactory.

“This Bill exists to erase us. By having complete control over us from the way we identify to what socioeconomic opportunities we should get and condoning violence against us, it places us in a vulnerable position," says Liliana il Graziosco Merlo Turan, a law student from Bengaluru.

The transgender community, along with its allies, have also taken to Twitter in an attempt to garner widespread attention. Initially, when the Bill was taken up for discussion at the Rajya Sabha on November 20, several tried to persuade the MPs into referring the Bill to a select committee.

However, now that it has been passed, they are directing their tweets towards the President instead, urging him to withhold his assent, and send the Bill back to the Rajya Sabha.

8/n. Transgender Persons (Protection of Rights) Bill? Protecting what rights? The name alone is supremely ironic. The fact that the community has been screaming itself hoarse for revisions is proof enough of how seriously our rights are taken in this country. #StopTransBill2019

Sir, @rashtrapatibhvn, please don’t sign the The Transgender Persons (Protection of Rights) Bill 2019. Listen to the voices from the community.#TransBill2019 #PetitionToPresident

Here’s a comprehensive list of the problematic aspects of the Bill:

The process to obtain this certificate is to show proof of sex reassignment surgery, which

A) is not something all transgender people want

B) is a very expensive procedure, which many aren't able to afford

It also does not specify the kind of surgery they are expecting, because there is more than one type.

This contradicts the 2014 NALSA (National Legal Services Authority of India) judgement by the Supreme Court, which gave transgender people the right to self-identify, and did not mandate surgery.

“This Bill is a total violation against human rights. How can they force us to opt for surgery and then validate us as transgender? We should all have the freedom to express ourselves the way we want to. The fact that we have to prove our identities with surgery makes no sense to me,” says Megh, an HR Consultant from Bengaluru.

“By checking our gender and giving us certificates, they are being inhuman. This is not a Bill by us for us, it’s a Bill by them against us,” adds a student from Bengaluru, who prefers to stay anonymous.

However, the fact that the Bill conflates transgender people with intersex people proves that it was not thought through, and has been made with inadequate knowledge. Not every intersex person identifies as transgender, and not every transgender person is intersex.

“The Rajya Sabha aims on erasing our identities and our rights as individuals by passing the Murder of Rights bill, that's what I call it. The only protection here is about themselves. Putting intersex and trans identities in one box is not only barbaric but also erases both identities synchronously. It allows for more abuse and imposition of what a cisgender person believes on intersex/trans bodies,” says Ali, a student from Bengaluru.

This differentiation not only shows how the community is being treated unfairly but also indicates the government does not think the impact of sexual abuse on a transperson is as impactful as on a cisgender woman.

“This Bill gives power to everyone but us, to determine our future and our lives- the District Magistrate, the Chief Medical Officer and the court. It essentially legalises humiliating us in the name of 'recognising us' and make sure we trans people are not equal in the eyes of law,” says Ray R, a trans woman pursuing LLB at the University of Delhi.

There are many more lacunae in the Transgender Persons’ (Protection of Rights) Bill 2019, which were not addressed by the Rajya Sabha in their haste. In the days leading up to its passage, many from the community also took to the streets and social media, asking the Rajya Sabha to slow down and reconsider by referring the Bill to a select committee, but it seems their cries have gone in vain.

“I think cisgender people should be as concerned about the Bill as the trans community is because it tells us to remain in the binary, to conform to certain stereotypes, and that if we go beyond this, we won’t get our rights and protection.

"The Bill also has no understanding of the difference between sex and gender. This is going to wreak havoc in the future across all identities; all sorts of dynamics are going to change because of this Bill and how strictly it defines genders,” says Tej, a media professional from Bengaluru.

Since the Bill was passed, the transgender community and their allies in cities like Bengaluru, Delhi, and Pune have erupted in protest, urging President Ram Nath Kovind not to give his assent, which if he does, will turn the Bill into an enforceable Act - something that spells despair for most of the trans community.

“My life will end if this Bill becomes law. I’ve been waiting to change my name and gender for so long now, what if the District Magistrate isn’t convinced that I am trans? The Bill says nothing at all about how quickly or slowly the DM will process our papers. This Bill has to go back. The government needs to get off my body,” says Dan, a primary school teacher from Thane.