‘I am uncorrupted’: Telangana electricity board official’s declaration creates a stir

Podeti Ashok, who works as an assistant divisional engineer at the Northern Power Distribution Company Limited (NPDCL) office in Karimnagar, has put up a board that reads ‘I am uncorrupted’ in Telugu and English in his office.

Despite the many efforts to weed it out, corruption remains a part of our lives. Be it political bigwigs, government officials, or others, the corruption taint has not left anyone unscathed.

But an engineer from the electricity department in Telangana’s Karimnagar seems to have taken a unique way to declare that he’s not corrupt.

Podeti Ashok, 37, who works as an assistant divisional engineer (ADE) at the Northern Power Distribution Company Limited (NPDCL) office in Karimnagar, has put up a board in his office that reads “I am uncorrupted” in Telugu and English.

In a conversation with Hindustan Times, he said, “I joined the electricity department in 2005 after getting my engineering degree in 2004. Since then, I have been keeping away from corrupt practices. But I cannot force others to refrain from accepting bribes. After being promoted as ADE in June this year, I have decided not to encourage corruption at least in my office. So, I stumbled upon this idea of putting up a board last month.”

His move as come as a surprise to many citizens. While people may see him as an honest official, some of his colleagues have taken a different stand.

According to The Logical Indian, S Ramachander Rao, Divisional Engineer of NPDCL at Karimnagar, isn’t very happy with the placard. According to Rao, it seems that the official’s act is showing the rest of the officials as corrupt.

To this, Ashok said, “Well, let us accept reality. Everybody knows there is corruption in the department. I only wanted to convey the message to the people that the entire department is not corrupt.”

Rao said Ashok was told to remove the board as it gives an impression that other employees are corrupt. “The higher-ups will look into the matter,” he said.

But Ashok has decided to not remove the board, adding that he would keep the board till his retirement even if he gets transferred to a new place. 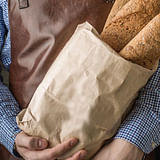 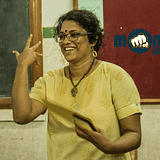 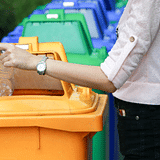