The Reva Electric Car Story – In Conversation with the Creator, Chetan Maini 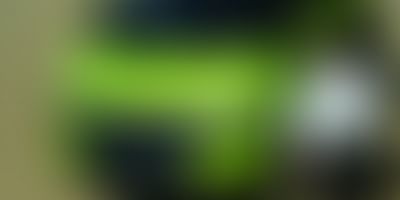 The times are a-changin’ in the auto industry. For Mahindra Reva, this could not be better news.

Now, under the name Mahindra Reva, Maini and his team have become one of the world’s leading producers of electric cars, and have one of the largest fleets of electric cars worldwide. They have developed licensable technology, a completely green manufacturing plant, and are looking to create an entire green ecosystem integrating energy sources, supplies, and charging stations.

Chetan Maini’s interest in electric cars was sparked as an undergraduate at the University of Michigan when he participated in the General Motors Sun Race. After winning first place in the U.S., General Motors sponsored a trip for his team to compete in the world championship in Australia. As Maini recalls, “It was kind of an eye opener that you could drive across a continent on sun energy and that we never had a single problem.”

After graduating from the University of Michigan, Maini worked at Amerigon Electric Vehicles (AEV), where he gained valuable experience before leaving to study at Stanford University for a degree in Mechanical Engineering. He returned to Amerigon in 1994 and was presented with a question: can we work on something specifically for India and China? The answer was yes, and out of a joint venture with AEV, Reva was born.

Maini struggled on various fronts to achieve his underlying goal of making an electric car that was both affordable and efficient. The first was cost. “[Electric vehicles] were three to four times as expensive as gas vehicles,” Maini explained. The second was technology. “Energy management is very critical as a technology to optimize electric vehicles… And so I would say the first 3 to 5 years was purely technology.”But by 1999, Maini had developed a prototype and saw that the next important step was not in technology but in marketing. “Around ’98- ’99 I kind of switched hats from saying, okay, well technology is good but to get this to flotation I have to do a lot more.”

This brought with it a new array of challenges, from reworking policy to develop a framework for certification of electric vehicles, to building a skilled team. “I couldn’t find anyone who had any experience in electric vehicles. So I looked at them from different domains, did a lot of training, built up the confidence that a team would start to deliver on something that was very new.”

Soon, the pieces began falling into place. As the team gained confidence and governments adapted to the evolving industry, financing came in and allowed the company to grow.

“Having been in this fifteen years, it’s the first time I saw things coming together, be it the high oil prices, be it the technology readiness which is coming in from the computers and phones, be it the government regulation that was changing when we launched the car, or be it the conditions that were catered to how consumers were accepting product.”

As global developments started to pave a road toward a bright, clean future, Reva gained the attention of investors and corporations. One in particular was the multinational conglomerate, Mahindra Group.

“I felt that if I were to get the larger vision done, then, although we had very good financial partners and investors in us, we probably needed more than that,” Maini recalled.

So, in 2010, Reva Electric became Mahindra Reva. For Maini, the acquisition was a catalyst to realizing his vision. With the support of Mahindra, Maini sees a path leading Reva in a direction that will turn it into more than just a car company. Whereas in the past Reva has focused solely on the product, Maini sees a future where REVA plays a role in five business areas: product, technology, manufacturing, ecosystem, and mobility solutions.

In terms of product, technology, and manufacturing, it has already seen significant progress. New vehicles will continue to be developed and technology will continue to be licensed. It has created a unique manufacturing facility that can be replicated globally. This groundbreaking facility is completely green and has been awarded a platinum rating from Indian Green Building Counsel (IGBC).

This leaves the next step of creating an ecosystem surrounding the electric car that will provide complete mobility solutions. By working with businesses to create an ecosystem complete with clean energy sources, distribution, and charging stations, combined with their state of the art green manufacturing plant, Reva holds the potential to change the way we think about mobility entirely.

“I’ve seen a very big difference in the last 18 months,” said Maini. “What this has resulted in is, in the case of the US, last year they sold around 20,000 electric cars and this year will be selling about 65,000, which was pretty much zero two years ago. And in Norway a year and a half ago they sold less then .01% electric, and in the last 3 months almost 2.5% of cars sold were electric. [That’s] a goal a lot of countries had kept themselves for 2015 or 2020 and already in 2012 some countries have achieved that.”

Today, Reva has one of the largest fleets of electric cars globally, with over 200 million kilometers of user experience in over 24 countries. And with current economic trends placing more pressure on people to look to green for answers, the opportunities for Reva appear boundless.

Want to drive a Reva?