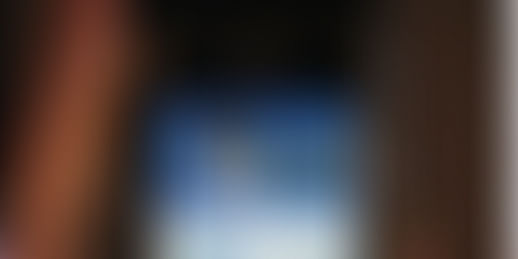 As an investment banker in Goldman Sachs, Nandu Madhava did not enjoy his work much. Nevertheless, his experience with Gold Sachs also had its perks. He had the opportunity to work with entrepreneurs from Silicon Valley and his stint there made him realize that he wanted to be an entrepreneur. But what really gave him the idea to startup? Two years in the Peace Corps as a volunteer in Latin America after his undergrads made him realize the lack of vital health related information. People who needed it the most did not have access to this information especially on tabooed subjects like AIDS, pregnancy etc.

“As a volunteer, I felt my work was fulfilling. When you develop a strategy for a millionaire to make more money, it’s not much because if you are not doing it then some other monkey is going to do it anyway. Whereas giving health care information to people who need it because there aren’t enough doctors is more rewarding,” shares Nandu Madhava, Founder, mDhil. After an M.B.A at Harvard, Nandu joined Office Tiger. Post Office Tiger’s acquisition, he knew it was time to open shop on his own.

Having lived in the United States all his life, Nandu moved to India in 2008 and started mDhil in 2009. Usually, health is seen as a problem only at the bottom of the pyramid. However Nandu, sees health as a universal issue prevalent in all sections of Indian society. “With health, many people fail to understand the enormity of the health problems in India. It is not just a B.O.P. problem. Diabetes, smoking related issues etc are rampant everywhere, even in the higher income groups. With health, you need to be involved at all times through all ages” explains Nandu.mDhil services initially began as an SMS based service that was available through mobile service providers targeting people between 17 to 25 years of age in tier I & tier II cities as this group is the early adopter of mobile and web technology. Sexual health is also a huge topic in this age group and so is women’s health. These are some of the tabooed topics and are not often discussed in the open. Hence the focus has been on this group.

Although the company still does a lot of SMS based information, in the last two years they have transitioned to create applications for mobiles and desktops apart from video content. While 60% of their traffic comes through mobiles, 40% comes from computers as well. Although 85% of their traffic comes from India, about 10% comprises of audiences from Pakistan, Saudi, Philippines and Indonesia.

“I’m less focused on revenue and more focused on user experience. I’m very bearish because I think there isn’t use for a lot of E-commerce in India. They wouldn’t wake up and say there’s Yebhi so lets go buy something because it is there. Rather, people would require information on say - My daughter has her periods. Can I get information about it privately and in my own language because it is not discussed in the open?” says Nandu

In the next 5 years, mDhil envisions itself becoming a tool that delivers millions of video views every month for Indians who don’t have access to health professionals or doctors and seek greater information about their health.

Want to get health related information on your phone? Take a look at mDhil.