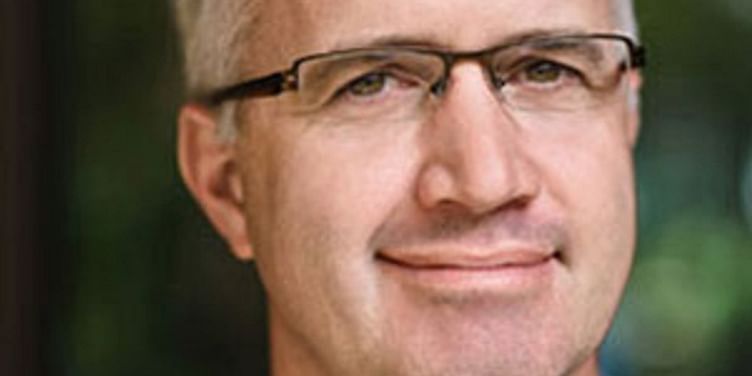 You might wonder what’s the need for an email delivery system when you can use regular mechanisms.

In today’s world, email forms the backbone of much of your communication with your consumers. Confirmation requests, payment receipts, friend requests - all these and more get sent using email. However, as a business owner, you cannot be certain that the emails you send did not end up in the spam folder.

That’s where SendGrid steps in.

SendGrid started because three engineers were frustrated when their emails didn't get delivered. They decided to take matters in their own hand and built an app for email delivery. Today, they have sent over 89 billion emails, including handling transactional email traffic for companies like Pinterest and Foursquare.

SendGrid offers a cloud based SMTP email infrastructure that reliably delivers emails and offers real-time analytics. As a 3rd party company, you can use SendGrid’s SMTP, web or event APIs to integrate with their system and let them take care of your email needs.

What started as a 3 person company three years ago is a 115 member team that delivers billions of emails every month. As the company scaled from its founding roots, SendGrid brought in a professional CEO, Jim Franklin to manage their growth.

Jim was in Bangalore to meet the startups recently. YourStory.in met him to understand his thoughts about the market here.

Jim : Let’s start with the similarities. It is a universal challenge to start a company, whether it is creating a team, traction or making the hard decisions of which things to build first. These things are universally similar than different.

YS : What is SendGrid’s strategy for India?

JF : We look at our current customer base by country, India ranks fourth or fifth, we have so many customers here, we are pleasantly surprised that so many people showed up at the hackathon and asked about SendGrid. It is great to have a global reach already.

YS: What brings you to India?

JF: We want to see whether our strategy in US is applicable to India. We are trying to understand whether what we are doing there can be adjusted to this market, and how. I think it’s similar for developer relations and partnerships, and encourage developers to deploy their next big app.

YS : What is your advice to entrepreneurs on founder to CEO transition?

JF: I am not the founder. We are 115 people, which is a big team. We have many offices, but none of the office has over 40 people. Three years ago we were just three founders, from there to hiring early employees, making the first non-technical hire, reaching 25 people were all big benchmarks. The 25th person thinks there is a company whereas the two dozen employees had thought it was just them. Then suddenly the 25th person starts asking about the vacation schedule, how do I track my vacations, so this person now looks at this as a company.

When you are building something from scratch, it is very hard to see this coming. Once you cross the 100 limit, layers of management can get tricky. A CEO, then managers, people on field, keeping the communication open up and down and vice versa, and also horizontally between technical and non-technical people is a challenge. The decision of bringing an outside CEO is certainly a big challenge. There is the question about culture, what kind of team I would like to join, what founders think about the kind of person they would like to work with and such. We have a crisply articulated culture, which we call the four H’s: honest, hungry, humble and happy. Most conflicts occur because of different value systems colliding, when you are clear about your value system, you do not have unnecessary friction inside your organization.

YS: What are your plans to scale SendGrid?

JF: We are an email platform, we want to have a community of developers who are looking to build applications on top of that platform. We have a number of customers who are using SendGrid at a transactional layer. Some of these applications we build ourselves, for example the newsletter service that we released last quarter, a lot of developers and customers wanted us to do that.

YS: What are the challenges of having a global team?

JF: I would look at this differently. My question would be how to find good people to work with globally. The biggest challenge is hiring the right people, and keeping that culture consistently across borders. We keep travelling constantly; last week I was Mexico to ensure we are all on the same page when it comes to culture and communications.

YS: Is there a secret to scale in three years time?

JF: I think we are a social media success story. In 2009, we were an accelerator success story, literally, from idea to a company, that the community tweets and blogs about. We have become a global case study of how to start a company, make something new very cheap, we are part of that playbook. Easy to use, robust, free, simple signup, and scale when you do all of that. We have over a 100,000 provisioned accounts, we don’t really know what the next big thing would be, but we are involved very early on with all these exciting companies.

YS: What did you think of the Office Hours event?

JF: What struck me most was the brutal honesty with which our customers told us about what they didn’t like about us. When you meet people, especially outside of US, there is a sense of politeness. It is refreshing to have people tell us “as a happy customer here is some feedback”.

YS: What is your advice to startups, developers, entrepreneurs in India?

Traction, whether it is revenue traction or cash flow, not necessarily all of it. Due to consumerization of IT, the B2B2C model, a lot of people using your service is extremely valuable despite the service being free. SendGrid is known globally, we didn’t charge for the transactional piece, there is a lot of value in building relationships and value, there are over 100,000 people across the world using the service - that is extremely valuable.