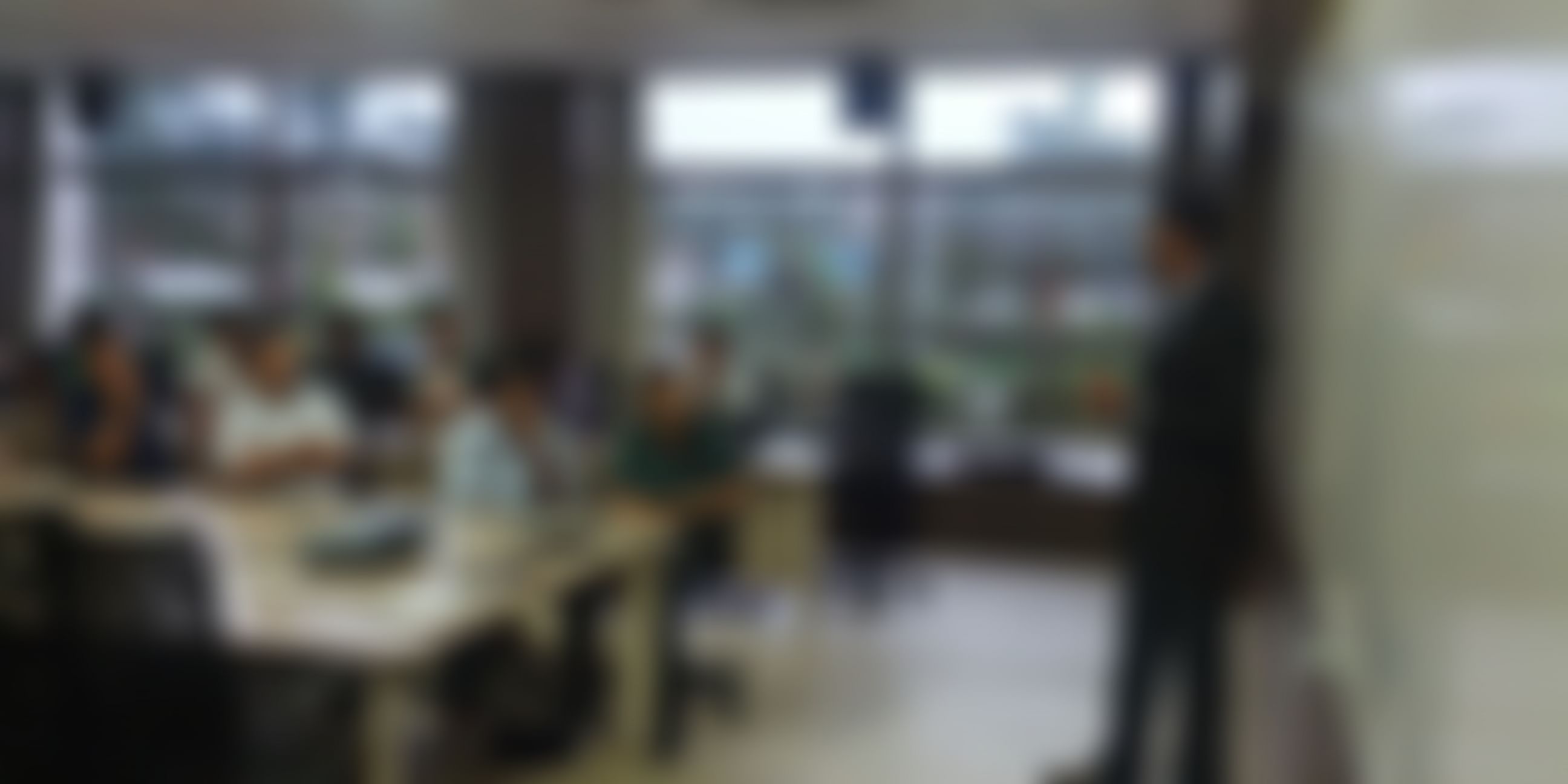 It was two hours to go for the scheduled YS meetup with Deepak Jeevan Kumar of General Catalyst Partners and Chennai was a windy, cloudy mess. The rain gods decided to pour down upon Chennai, providing much reprise to the people who had gone through the hot and humid days of summer.

We on the other hand, watched helplessly through the glass windows of hall number 2 at the impressive IIT Madras Research Park. With fingers crossed, we went about our preparations for the event. As the time drew closer, the attendees started coming in, one by one; some drenched, some tired, but all eager. After all, Deepak represented a VC firm which manages funds over $2 billion has made investments in stellar companies, like AirBnB, Hubspot and Kayak, to name a few.By the time we started, hall number 2 was packed with entrepreneurs working on companies across all stages. With the rain thrashing away outside, over 40 entrepreneurs from Chennai were all ready and geared up for what was to be a two hour long interactive session on VC-Startup relationships, technology trends and tips to get funded.

Here are some highlights from YS Meetups with Deepak at Chennai -

When and why will a VC firm fund your venture?

This was the first question thrown at Deepak, as most entrepreneurs in the gathering were part of early stage startups. Deepak believes that there is never a bad time to get in touch with a VC. He said, “You can get in touch with VC for either relationship building or to talk about raising funds.

You can do the former at any time. Just remember to not take too much of their time as they’re usually very busy people meeting many entrepreneurs all the time!”However, when it came to raising funds, Deepak said that the entrepreneurs must have thought through why they require the funding. He said, “Remember that not all businesses can be funded by venture capital firms. So you’ve got to know if you’re business requires VC funding or not. For example, if you’re able to get a loan from a bank for your business, there is a high possibility that a VC firm won’t invest in you.” Deepak says that a VC firm is looking for companies that can grow and scale quickly and is in a market or business type that offers them good exits. “Banks usually go with less risky businesses so as to not lose money. VC firms don’t mind losing money, but they definitely want to make a lot more money from their investments.”

He also urged founders to know exactly how much money they need and what do they need it for - “Not knowing how much money you need is one of the biggest mistakes that entrepreneurs make. For example, a good SaaS product is going to need at least 60 - 80 million dollars of funding in it’s life time. If you say that you’re going to get it done in 20 million, then you’ve in most likelihood lost the deal. Not only asking for more, even asking for less is a problem.”

Hiring - the most underrated skill that an entrepreneur must have

When asked about the kind of entrepreneurs General Capital Partners work with, Deepak said, “If you look at the common thread connecting all our entrepreneurs, it’s got to be their crazy side. At first, we have no idea about what they’re going to do. But it is these guys who actually build amazing businesses. So often, you have to go with gut while working with a company.”

Deepak demands similar skills from an entrepreneur as well. He said, “I think Hiring is one of the biggest pitfalls in the journey of a company. Not many people take it seriously. To put things in perspective, we’ve seen that a funded company spends 40% - 60% of their time in hiring new people. You have to have the charisma to sell your businesses idea to a company and be able to get really talented folks on board. In the end, they are the guys who’re going to make your company work.”

He further added that the best entrepreneurs are those who have hired well; something that he’s personally seen at General Catalyst Partners.

Cloud, Mobility and Big Data - 3 of the hottest trends today

Deepak looks after cloud and big data companies at General Catalyst Partners. But despite that bias, he was rightfully justified his belief in these three technologies and why they will pave the way for many more startups around the world in the future.

“Cloud technology are used very widespreadly for one main reason - it has put phenomenal computing hardware in the hands of startups at very affordable prices. Secondly, there’s this huge mobile revolution that’s going on and India has been seeing that in the past few years. Couple that with a generation that has been exposed only to Mobile technologies, I think that’s really going to be big in the coming years. And then there’s the problem of large chunks of data. How do you deal with it? How do you analyse it? There are so many problems to solve in this area and an exciting field for a startup to try and solve some problems.”

Staying on with mobile, Deepak believes that India can do a better job with building businesses around mobile products. He said, “I think there is such a big space for ecommerce on mobile

platforms in India. And as of now I haven’t seen a single ecommerce company who’s done a good job with Mobile.” He further added that JustDial is India’s biggest mobile success story in his opinion.Four Essential “M- Shares” that a successful startup almost always has

The highlight of the evening was Deepak’s share philosophy. He said, “A good startup usually has a few kind of shares that almost always ensures success. The value of a startup comes from Mind-Share, Market-Share, Money-Share and Margin-Share.”

Of the four, Deepak says that a good mind share of the product among its target audience can oftentimes compensate for the lack of the other three. He said, “If you look at Instagram, the product was never generating any revenue, but it had amazing mindshare, which is what got it the economic success that it has now.”

The audience question answer session was by far one of the longest ones that I’ve seen at any event. There were all kinds of questions about how VCs from India are different to the ones in US to questions like his opinion about Bitcoins. Deepak answered all of them patiently and stayed through the networking session and interacted actively with all the entrepreneurs; he was one of the last to leave.

We sincerely thank Deepak and General Catalyst Partners for having delivered a very useful session for our entrepreneurs in Chennai. Their efforts to make to the event despite the rain were not let down as they all left, satisfied with the fact that they now had a better understanding of working with VCs.

Stay tuned for an exclusive interview with Deepak