Crafting a livelihood, a snapshot of the Indian artifacts sector 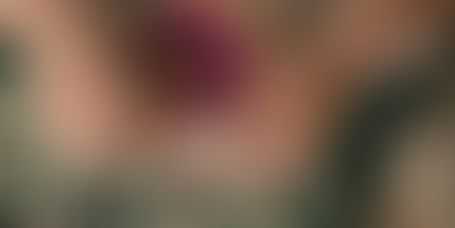 India’s industrialization and participation in the modern world economy is decades old. Nevertheless, millions of Indians still depend on indigenous modes of production, traditional skills and techniques to make a living based on handmade products. These craftspeople or artisans are the backbone of the non-farm rural economy, with an estimated 7 million artisans according to official figures (and upto 200 million artisans according to other sources) engaged in craft production to earn a livelihood, writes Jena, P.K in Orissan Handicrafts in the Age of Globalization: Threats and Opportunities, and Mukherjee D in Indian Handlooms and Handicrafts: Issues and Experiences, 2009

Dasra recently released ‘Crafting a Livelihood’ report that brings to the fore some stark realities about the state of rural artisans and craftspeople in the country. The research report outlines the current landscape in India, challenges and opportunities, roles of various stakeholders – government, corporates, social businesses, non-profits – and best practices currently implemented within this space. We will be printing excerpts from the report over the next few days.

Despite some instances of well-known design houses using handmade products and successful crafts-based businesses such as FabIndia and Anokhi, the majority of craft production remains unorganized and informal with its full market potential untapped, especially by the artisan, who more often than not struggles for sustenance. Propelled by loss of markets, declining skills and difficulty catering to new markets, a large number of artisans have moved to urban centers in search of low, unskilled employment in industry. According to the UN, over the past 30 years, the number of Indian artisans has decreased by 30%, indicating the need to re-invest in artisans to safeguard history, culture and an important source of livelihood.

The Indian government, the private sector and non profits are each involved in the sector but their roles have evolved in silos, with little specialization and much duplication. On a policy level a cohesive and concerted effort is required to overcome the challenges faced by the crafts ecosystem through funding and programs. Simultaneously, the private sector has a significant role to play in uplifting artisans through different market-led efforts made by retail chains, high end-fashion designers and a relatively more recent wave of social businesses. Non profits have been particularly active in the crafts space since the early 1960s and have evolved numerous models to support artisans in earning better livelihoods.

Harnessing the potential of this sector requires different types of investments to preserve traditional crafts, strengthen the sector, and improve the incomes of artisans. Investment should focus on building the four cornerstones of artisan sustainability:

This would realize the tremendous opportunities the crafts sector in India provides to improve economic, environmental and social conditions of rural communities. These include economic opportunities like employment & income generation to diverse communities and to those with different levels of education; stopping migration to urban centres; can boost economic growth — the global market for handicrafts is USD400 billion, of which India’s share is below 2%, representing a tremendous growth opportunity and have a competitive advantage: Artisans can serve as key drivers of specialization and competence in precision manufacturing, similar to Japan and Korea.

Production processes used in crafts typically have a low carbon footprint and promote the use of locally available materials as well as natural and organic materials where possible. Women empowerment: Crafts production represents an opportunity to provide a source of earning and employment for otherwise low skilled, home-based women, improving their status within the household. Return for future generations: Investing in artisans leads to a trickle-down effect of improving the health and education outcomes for future generations of the most marginalized populations. Mobility and social harmony: by utilizing their skills to produce goods for diversified markets, artisans have an opportunity for social mobility, moving from being wage-based producers to entrepreneurs. Further, craft production provides an opportunity for self-expression to marginalized groups, which can have an impact on mitigating societal tension.

India has one of the most diverse and ancient traditions of handmade products, and its handicrafts industry is an important economic and cultural asset. According to the Twelfth Five Year Plan, handicrafts production is expected to double between 2012 and 2017 and exports are projected to grow at the compounded annual rate of 18% during the same period. As a result, the craft sector will employ an additional 10% of individuals per year up to that time. Crafts constitute one of the primary sub-sectors within Creative and Cultural Industries, defined by UNESCO as “industries which produce tangible or intangible artistic and creative outputs, and which have a potential for wealth creation and income generation through the fostering of cultural assets and the production of knowledge-based goods and services.”

The crafts sector encompasses diverse activities ranging from embroidery and painting to leatherwork and pottery, with variations and regional specificities within each group. There are thousands of living crafts in India, of which there are thirteen major categories such as khadi, cotton, silk and other handlooms, leather manufacture, jewellery and related products and making musical instruments and other handicrafts. Together handicrafts and handlooms play an important role in the Indian economy. The handicraft and handloom sectors are an Rs 24,300 crore (USD 4.48 bn) industry contributing Rs 10,000 crore(USD 1.85 bn) to India’s export earnings of Rs 1.62 lakh crore (USD 300 bn), as per the 12th plan working document.

Broadly, artisans are divided into the following categories: the skilled master craftsman, the wage-worker, the fully self-employed artisan, and the part-time artisan, with a rigid hierarchical division of labor between more and less skilled artisans in a particular craft. An estimated 63% of artisans are self-employed while 37% are wage earners according to facts presented in J Jaitley’s book Vishwakarma’s Children, 2001. Traditional knowledge and craft skills are passed down from one generation to another, so that whole families and communities are engaged in production. An estimated 71% of artisans work as family units and 76% attribute their profession to the fact that they have learnt family skills. It is important to note that most official figures count only the head of the production unit and wage earners in official figures, leaving out the 5-6 family members who are also dependent on crafts for sustenance, thus creating an incomplete understanding of the sector’s size and importance.

The vast majority of artisans operate in informal work settings. In fact, according to one study, Vishwakarma’s Children in 2001 only 9% of craftspeople benefited from formalized employment, while 42% worked out of their homes. Most artisan production units tend to be micro enterprises. In fact, 39% of artisans incur production expenditures of less than Rs 12,000/ USD 215 a year and only 19% spend above Rs 50,000/ USD 900 a year. Typically artisans sell their products to diverse markets including local markets, city outlets, private agents, wholesalers or retail traders and exporters.

A meaningful analysis of the sector requires focusing on particular geographies and crafts. This report focused on the crafts sector in the states Gujarat, Uttar Pradesh, Rajasthan and Orissa. These have among the largest number of artisans, Gujarat Rajasthan together have 43% artisans, UP has 29% and the East of India 13%.