From Ice Hockey in Canada to Selling Books Door-to-Door in India, to Setting Up a Mini-Incubator: Goa based Entrepreneur, Cory York 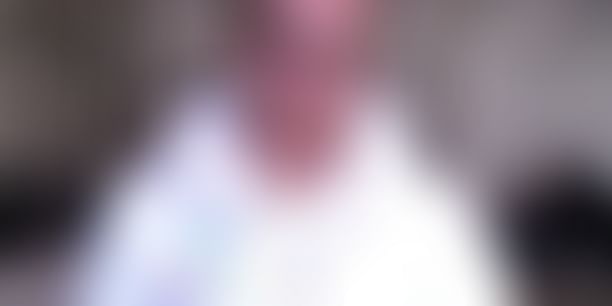 From a young age Canadian Cory York was an impressive ice hockey player. Competing at the highest level possible for his age group he won several state and national championships. Then, at only 18 years old, a wrist injury ended his career. The next year, lured by India’s business opportunities, Cory shifted from Toronto to Mumbai. He didn’t come with a fixed agenda and his first job was selling books door-to-door. He worked for close to eight months everyday riding the local train during rush hour.Not satisfied Cory started to search for companies in his home country that wanted to enter the Indian market. He came upon Novator Systems, a multi-million dollar e-commerce platform and services provider from his hometown. They worked with some of the world’s leading brands including FTD.com, Interflora.co.uk, Adidas, Amex and more.

CEO Mark Fox, now a professor at the University of Toronto, placed Cory in the quality assurance department back in Toronto with the goal of making him a product expert. After six months Cory returned to India to lead the way for Novator, India. From cold calls to contract signing Cory did everything landing FabIndia and Shoppers Stop, two of India’s largest and most respected retailers. He worked closely with their teams to build India’s first major online E-retail stores. Cory quickly rose from sales assistant to Managing Director. After almost five years he decided he wanted to get out on his own.

I really wanted to get out and try my hand at my own company before I started a family. It was a massive risk, losing the salary, moving to a smaller house, completely redesigning my life, but I knew it would be much harder to do later in life. I felt I was ready.

Cory started out by creating SociaLinked Digital Commerce with the goal of starting new ideas to attract Indian retail opportunities.

Giftcardsindia.in was his first B2C offering and was actually an idea he pitched internally with his old company. No one was interested at the time. “I figured I could really take advantage of all the work I was doing in retail and easily convince brands to sell their gift cards on my store.”

During the initial stages while pitching brands Cory went to see a long-time friend. Firoz Khan had been VP of e-commerce operations at Future Group for six years. “Firoz and I were both building large online retail sites. We discussed and shared our ideas about vendors, strategies, etc. I thought he was the best guy in the industry and more importantly a great human being.”

When Cory showed him the concept and website for Gift Cards India (GCI) Firoz confessed he had been thinking about a very similar idea. For Cory, “It was a no brainer that we should team up and tackle the opportunity together.”

Giftcardsindia.in which started as a simple e-commerce store selling gift cards quickly grew into something bigger. Cory raised a small round of capital from friends and family to help set up SociaLinked and GCI.

“We have now grown to over 160 brands and our goal is to drive the highest amount of sales possible for our partners’ prepaid programs. We now consider ourselves a content company more than an e-commerce company. We manage and continually grow our large distribution network using B2B and B2C points of purchase to distribute and sell GCI’s huge catalog of products. We make sure prepaid products are available throughout India from local convenience stores to top online shopping destinations.

The parent company, GCI Network, as they are now known, has sold over 3 Million USD of prepaid gift cards. That is a whopping 150,000 cards! Their network spans over twenty-five thousand points of sale. Check them out at: www.gcinetwork.co.

GCI, PowerStores and the Incubator

Along the way while evaluating e-commerce technologies for GCI Cory came across Indrajit Chowdhury, an American educated Indian who hailed from New Delhi. He was living in Goa and building a SaaS e-commerce platform aimed at the Indian market.

Cory was excited when, “Indrajit said two magical things to me in one sentence. Goa and e-commerce.” SociaLinked had the excess cash on hand and decided to make a strategic investment with a combination of cash and manpower. PowerStores was born.

PowerStores (www.powerstores.com) is an e-commerce and website platform which allows merchants to create highly scalable webstores without the need of IT support. They feature a theme store and an app store allowing third party designers and developers to create themes and features that can be purchased by PowerStore merchants and added to their stores.

With two successful businesses and combined team strength of 45 people, SocialLinked is looking to expand and intensify both its ventures. The two companies having different strategies and geographical focus. Cory has his work cut out for him.

“Lots of people ask me how I can run two companies. My normal response is how do you manage a family and a job at the same time? I just don’t have any other responsibilities. I work. When I decide its time to build a family. I’ll cut it down to one company and less than a hundred hours a week. Joking aside, it is my partners, team members and investors who have made us successful. I’m really lucky to have such great team!”