Douglas Abrams: The man who left the United States enchanted by Asia’s potential - An investor’s story 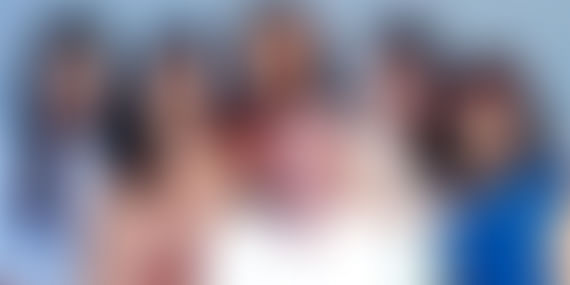 A sneak peek into the mind of investor Douglas Abrams, Expara IDM Ventures

Originally from the US, Douglas Abrams, shifted to Singapore in the year 2000 when he sensed the great opportunity to tap into in the growing Asian markets. His profile and accomplishments are nothing short of extraordinary.

An MBA from Wharton, Douglas was an investment banker with J P Morgan for 14 years in New York where he looked after the technology and global markets. Today, he is the founder and CEO of Expara IDM Ventures, and early stage fund focussed on investing in interactive and digital media startups from Singapore, Malaysia and Thailand. He has invested in over 20+ startups in these areas since 2007 via the fund. He is also an Adjunct Associate Professor at the National University of Singapore’s (NUS) Business School, where he has taught since 2001 and is a Visiting Professor in Entrepreneurship for the Sasin Graduate Institute of Business Administration at Chulalongkorn University in Bangkok. He is also the Director of Southeast Asia Business Angels Network since 2001.

Douglas lives in Singapore and calls it his home now. His enthusiasm for entrepreneurship in Asia is palpable when you talk to him. What keeps this man going, why does he bet big on Asia, what were his key learnings while investing in the region? He opens up to us.

Journey from New York to Singapore

I came to Singapore from the US because I believed at that time and continue to believe now that Asian markets are the most exciting markets, and for the next 15 years Asian markets will continue to be the most exciting markets, especially for startups and early stage investing. I truly believe opportunity for growth is in Asia. In 1999 I visited Singapore (and Asia for the first time) on a business trip while at J P Morgan, that very trip I decided to move here full-time. For purely selfish reasons, opportunity brought me to Asia.

In 2007, I launched Expara IDM Ventures, a public private partnership between Singapore Government and IDM Program office of the National Research Foundation where we have made 55,000 dollar investments in 16 interactive and digital media startups up until 2011. In 2012, we launched Expara IDM Ventures II where we will continue to invest 255,000 dollars into early stage interactive and digital media startups.

In 2008, I also launched a venture fund called Extreme Ventures which is a 20 million dollar venture capital fund, we did 1-3 million dollar investments up until June 2013

We also have a 2000 sq feet incubation facility in Singapore. We are located at Block 71, which is special purpose complex in Singapore dedicated to incubators, venture capital funds, startups, Government agencies in the enterprise and innovation space - so it is a cluster of participants in the enterprise ecosystem. We are on the second floor of that building. We have 25-30 people working on startups in the space right now.

When I first arrived in Singapore in 1999, and then full-time in 2000, early stage startup markets and early stage investing were at infancy. But now they are starting to grow significantly. The markets are still young, but starting to explode. The number of startups, the quality of startups, the number of venture capital funds, the range of funds available, the sophistication of the startups and the venture capital investors and the various components of the ecosystem have increased tremendously over the last 13 years I have been in this region.

The biggest challenge in Singapore market is the small size of the local talent force. Most people worry about Singapore’s size as a startup market, but I don’t worry about that because successful Southeast Asian startups have to target regional or global markets from Day One. The size of the domestic market is not all that important according to me. But the problem is the labour market here is so small. Often the startups that we work with would require a specialist to join their teams, but most of the talented folks are already employed. We have very low unemployment rates in Singapore. There is a lot of competition for skilled employees and startups have to compete with bigger companies that can pay much more money. People with highly desired skill sets are small in number, and they have abundant opportunities in Singapore. However, I don't think this challenge is insurmountable, smart startups are able to figure out a way through this.

The second challenge is there is a shortage of experience mentors who have grown and exited companies and now want to help other startups. In more mature enterprise ecosystems, we have a lot more of these mentors. I guess we will see more of them in Singapore too with time, as we have local startups exiting now.

The third challenge is lack of exits for local startups, but I believe this is dramatically changing. I am keeping an informal but not comprehensive tally of local startups that are being acquired by larger companies. On my list, there are about 15 such companies that have exited in the last 3 years. Exit landscape is changing rapidly in Singapore market, which I think is very important for inflow of more venture funds into the market.

On Thai startup market where Expara recently set up its base

In Thailand, the process has began about two years ago. Thailand is now where Singapore was in early 2000s. There is a lot of activity and interest in the ecosystem right now. There is a huge scope for growth in Thai markets for early stage venture capital.

In Thailand, there is no shortage of skilled labour and skilled labour is relatively inexpensive when compared to Singapore. Thailand is a huge country and there are lot of talented people who are interested in working in startups. But the biggest problem is lack of the ecosystem, there are very few incubators, very few venture capital firms active in the region, and incubators and venture capital firms are critical to the success of startup ecosystem. I see some incubators and venture capital funds are starting up now, which is a good sign for the Thai market.

The second challenge is that it is very difficult to sell a Thai company to a multinational company due to structural or regulatory limitations in Thai markets. That makes it harder for Thai startups to sell, which is the key to generating more venture capital. So for now Thai entrepreneurs that are looking for a significant exit have to register the company outside of Thailand to sell - this is a structural challenge.

Historical challenge which is the language barrier is reducing right now, as most young Thai entrepreneurs are fluent in English and are able to develop their products in English.

Although there are a lot of people in Southeast Asia, it is not a cohesive and coherent market. As a small company it is hard to image expanding to the whole of Southeast Asia from Day One. So either you have to go global or have a real regional strategy.

In case you have cracked regional expansion early on, then it is a great competitive advantage. Different countries in the region have different languages and different regulatory and legal compliances, but if you are able to get people from your company to other regions or if you are able to enable fruitful partnerships with already established players in other markets, then it is possible to go about your regional expansion. This is exactly what some of our portfolio companies are doing

“Venture Deals: Be Smarter Than Your Lawyer and Venture Capitalist” - a must read book for entrepreneurs says Douglas. It is the same drive to stay smart that makes Douglas skate to where the puck is going to be.

More about Douglas’ work here http://www.expara.com Do reach out to him if you are expanding your business to Singapore, Thailand or Malaysia.