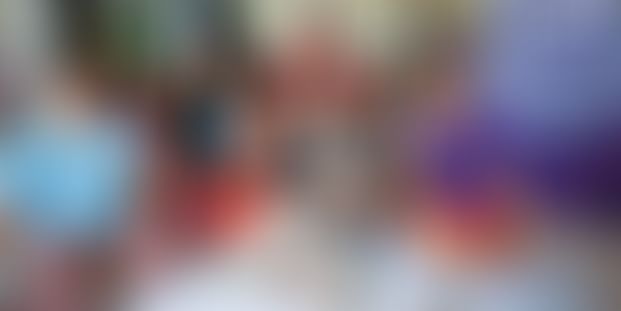 There is nothing striking about Robin, but that is just until you hear her speak. I first met Robin 9 months back at Jagriti Yatra. Robin is fighting to give a better life to the children of sex workers and similar kids from red light areas who have been affected by domestic violence.

Though her family hails from Indore, Robin was born and brought up in the US and holds a postgraduate degree in gender studies apart from being a psychology and political science graduate.

After graduating in psychology, Robin worked with United States Air Force and also volunteered with an anti-trafficking NGO in Uganda and came to Mumbai for six months for the same. The Mumbai experience later proved to be a defining moment in her life, and somewhere a foundation for Kranti was laid into her mind. Post her stint with the NGO, she went back and pursued her Masters in gender studies and later rejoined Air Force, until things took a different turn.

Robin describes her life to be a long journey, a collection of many experiences. She is a lesbian and had served in the US Military for quite a while until the noise started about this policy which prohibited gays/lesbians to serve openly in the military (they were later changed). When she decided to fight back for it, she had to face multiple challenges (being a colored woman, lesbian and also a person of Indian origin) apart from also being a part of a minority.

“It's not about being kicked out but the whole experience of growing up as a lesbian fully knowing that you will never be able to openly talk about it and also being colored, being a colored person in US it is something which defined my trajectory.

So many injustices that I saw throughout the course of my life, because of gender, because of sexuality and also I am a survivor of abuse, and it is something which has shaped my worldview of what I want to change in the world. It is very connected to what I am doing now.” Says robin candidly.

After leaving military three years ago, Robin came to India to start Kranti, The motivation for Kranti came from her last visit to the country when she was volunteering and saw the situation at grassroots level. She says:

“There were around 50-60 girls in the house, these girls used to stay for six months to one year and then were either sent back home or were married off. They were taught basic skills like silai, papad making, achar making etc...These girls were around 15, 16 or 17 years of age and were really curious and had a passion to do something, they had the potential to do amazing things, they could change so much about India and that's where the idea came from and the NGO started.”

Currently they are facing lot of challenges especially because of the mindset of the people. It get worse in the case of housing as when people get to know that they are working with girls from red light areas the attitude changes. In a city like Mumbai where it is difficult to get a decent place to live even for a working-class person, things become exponentially tough once people get to know your background.

Same situation arises when you want to get a girl admitted to a school, when she does not have a birth certificate or age proof.

And accompanying all these challenges are also the intangibles. For example, someone who is already 15 years and and had to study

3rd class or adjust with the medium of instruction in the school which becomes difficult for people who are from different regions, and facing discrimination at schools where fellow students do not understand and call them with menial names reminding them of their past.

To overcome these softer challenges, a lot of workshops are being conducted by Kranti to empower the girls and teach them to convert their burdens to their assets, apart from personality development.

In fact, Shweta Katt, who is the first alumnus of Kranti has been with them for past 1.5 years has received scholarship for admission to Bard college in New York and is on her way to a great future. Many girls from kranti have also been featured multiple times in International publications like NY Times and CNN.

A look towards future

Talking about the name Kranti, robin aims to bring a thought revolution in the country and create an army of girls who will empower more people in turn to bring in the change and also give birth to more change makers in the society.

Robin signs off with a really strong message saying,

“Given the right opportunities Sex workers are an asset to the country instead of a burden. They are really very powerful survivors of everything”.

We salute the spirit and enthusiasm of Robin and the amazing work she is doing.