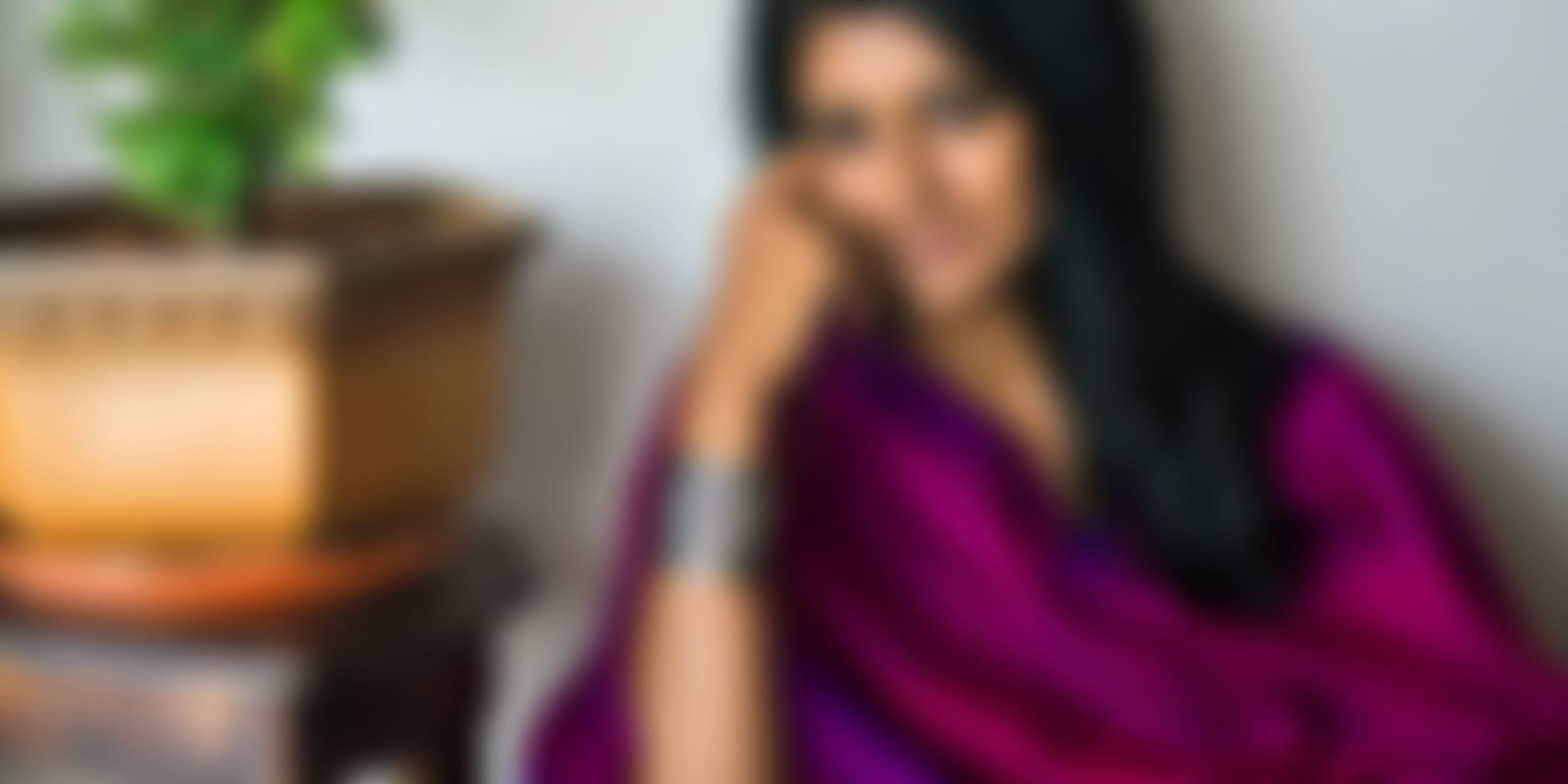 Nandita Das is a critically-acclaimed actress, well known for her performances in films like Fire, Earth and Bawander. She has acted in over 30 films in 10 different languages. She made her directorial debut in 2008 with Firaaq. Nandita is well-known for playing unconventional roles, and for speaking up on issues she strongly feels about. Nandita is associated with various human rights campaigns and passionately champions the causes of women and children. She is an actor, director and an activist who likes to make a difference and create an impact. And her body of work is a testimony to that.Nandita is confident of her choices, is well-read, intelligent and truly is a person who plays by her own rules. The closer you watch Nandita, the more you respect her for the person she is. What experiences shaped her story? We find out in a conversation at her artistic home in Worli, Mumbai.

Childhood was about freedom to question

I had a childhood which was filled with fun. My father is a painter and my mother is a writer. I grew up with a lot of art around me. Lot of music and theatre. Not many films, actually. My parents took me to art exhibitions and book fairs. I had a very open childhood. There was freedom to ask questions. There was freedom to do what you wanted to do. Today, unfortunately, there is so much pressure on children to only study. That was luckily never the case for me. There was always an emphasis on doing what you love doing. I feel very privileged that I had that kind of childhood. My father is from Orissa and my mother is from Gujarat. So, every summer, I would go to a small town in Orissa for a month, and then spend the next month in Mumbai, where my mother’s parents lived. It was good for me to travel to two worlds and see two ends of the spectrum. I really value freedom and space to question. That is something I carry from my childhood.

Give your children space

Now that I am a mother and I have a 3-year-old son, what I really takeaway from my childhood is to give enough space for a child to flourish. Don’t bog them down with over-disciplining. I am not asking everyone to pamper their kids and spoil them. But give them time, space, and opportunities to explore and experience themselves. They will find their paths. They will anchor to certain things and do well at certain things. Let them be.

Travelling, exploring and then connecting the dots

I never really planned my life. When I look back, whether it is my education or work, it has always been about exploring various things; some things I have continued with and some I have left behind, and nothing has really been a waste.I did my B.A. in Geography from Delhi University because I had a great teacher in school and I loved the subject. I didn’t plan or think beyond that. I didn’t know what I was going to do after graduation, and thankfully my parents didn’t pressurise. And when I finished my Bachelors in Geography, the subject did not inspire me enough anymore and I didn’t know what else to do. My mother had done her Ph.D. Probably the only thing she ever asked me to do was Masters, and that is when I decided that I should take a year off to travel and see what I really love doing. I took that year off after graduating. I taught at Rishi Valley School in the South which is a wonderful J. Krishnamurti school. I travelled to different parts of the country, I also went abroad. During the course of the year, I realized that I loved being with people, working with them and working for issues that bothered them and bothered me. That is when I decided to do my Masters in Social Work. I went back to Delhi University and completed my Masters in Social Work. I was doing street theatre during my college. Again not so much to be an actor, but to engage and connect with the audience. Theatre was my political training in a way. Before theatre, I did not have much of a political understanding. I learned that through my plays – politics of economics, politics of relationships, politics of gender, politics of religion – I was exposed to all of that during my theatre training. My first film was never released. I then did Fire, which in many ways was my first film. To date, I have acted in 33 films. And if you look at it, my earlier work has deeply impacted my choices of films. Having been exposed to the kind of realities that I had been to, I always wanted to be part of stories that expose and talk about those issues.

Not just an actor

To be honest I do not consider myself primarily as an actor. That is one of the many interests that I have. My acting, directing, writing and advocacy work in human rights all look like a large stream of work, but they all come together in their intent and feed on each other. They all helped me grow holistically. While most people perceive me as an actor because that is the aspect most in the public domain, acting is only a tiny part of my body of work.

For 15 years I have been asked the question why I don’t do any commercial films. Why do I do regional films and who watches them. People in Delhi and Mumbai may not watch regional films, but India is not just Delhi and Mumbai, there is rest of the country as well. I love doing regional films as I get to travel to different parts of the country, meet different people, learn different languages, eat different food, and be part of different stories. Much of the regional films I act in have been taken from literature which is so rich in each language of our country. I also feel there are less compromises I have to make when I work with regional film-makers. When I go to Kerala, people start talking to me in Malayalam. When I go Bengal, they treat me like their own. In a way I am adopted everywhere, and I love that to be honest.When you are not conventional and are not too much of a conformist, people will keep asking you, “why not this”, “why this”, “why don’t you want to do commercial films”, “what if a big banner calls you”. They probably think I am not confident enough or there must be some reason why I shy away from commercial cinema. “How can it be someone’s choice not to do big commercial films”. When I dance at a friend’s wedding, they say, “oh but you dance so well, how come you don’t do commercial films”. Earlier, I used to get irritated with this, but now it doesn’t bother me. Why does society at large not provide you space to be yourself. However, beyond a point I don’t take it too seriously. I don’t read any of my interviews. I never watch any of my interviews on television. So that whole world of films has been a much smaller part in my life. But I have to be grateful because films have given me a larger platform to talk about issues and things that are extremely close to my heart. I get invited to a lot of conferences where I go with my actor’s hat, but I can talk about a lot of social issues that are way closer to my heart than talking about my life as an actor!

Both my parents were very egalitarian. They were naturally very secular and they believed in every sort of equality. There was absolutely no discrimination of any sort. You make friends with someone because he/she is a wonderful person, nothing else matters, caste, religion, color or whatever don’t matter. So I am grateful for that upbringing where all of these human values were a part of my soul per se. I always felt that one’s work must have impact on the larger society and should be directed for greater good. I seek to achieve that via my theatre work, my social work, my films and my writings. I am very vocal about women issues, children issues and the recent “Dark is Beautiful” campaign I am supporting to stop the racism against dark skin.

I think women get stuck in a sort of guilt trap of trying to do it all. We need to change that. Any kind of attitudinal change takes a long time. It doesn’t happen overnight. Every campaign we undertake and every interaction matters. Because you don’t know who it is going to touch, and even if there is just one person ready to think or rethink, it is definitely worth the effort. I think change also happens in one generation. To make change happen, I can raise my son differently. I feel the onus is on each one of us; each woman not to feel guilty, each woman to acknowledge their sense of needs and desires without any guilt, each man to realise that to make a better world where all of us are happy we need an equal world. For all husbands out there, you will need a partner who is happy and with you, who is flowering and who is nurturing, which is what you would want for anybody you love. I think it is good for the man and the woman to have a more equal world.

Thankfully, my parents never used the word success. Thankfully, I never really grew up with the notion of it or the pressure of it or the ambition of it. I don’t know what success means. I know what happiness means. I would not even say happiness is equal to success, because success is very quantitative at one level. It means that there is a goal and you are successful only if you reach it. To me life is a journey. I don’t know what life is going to throw next at me. I am open to that. I have no place to reach really. Also, success is a relative concept, for example some people find me successful, and some people think I have failed to catch the bus, some people pity me, some envy me, these are relative things, and I don’t really dwell on it.There is so much to do

Everyday is a new day and full of surprises. There is so much to do. Life is just too short and there is lots that I want to do. Many things interest me, there are thousands of places I want to travel to, there are many things I want to explore, share, hear stories, I want to read and learn. That drives me.

Listen to your heart and do not let your instinct die. Follow what you truly want to do. When one says you must dream, you must also learn to dream wisely. In the sense that be mindful of what you want. Find the real thing that you want and move towards it confidently.

We thank Nandita for being who she is, and for welcoming HerStory to be a part of her journey by sharing her roots, dreams and aspirations with us. We wish Nandita success in all her upcoming endeavours and initiatives.