Candace Johnson, the czarina who has always challenged status quo 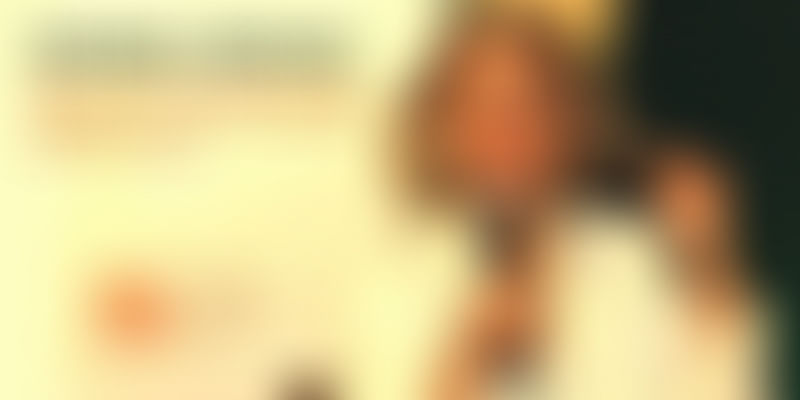 Meeting a telecom czar at an investors’ meet is not out of place, but what is perhaps unusual is that this czar is woman. Candace Johnson is a global infrastructure, network and innovation expert and serial entrepreneur. She is the co-initiator of SES/ASTRA and SES Global, the world’s pre-eminent satellite group. She is also founding President of Europe Online Investments S.A., the world’s first internet-based online service and satellite broadband network, and founder of Loral Cyberstar-Teleport Europe, Europe’s first independent private trans-border satellite communications network. Ms Johnson is also founding President of the VATM, the Association of Private Telecom Operators in Germany and founding President of the Global Telecom Women’s Network (GTWN).

She is the President of Johnson Paradigm Ventures (JPV) and has founded Sophia Euro Lab, Europe’s first trans-border early-stage investment company. Candace has also been named as the Top 50 powerful women in Europe.

HerStory caught up with this lady extraordinaire to get a snapshot into her entrepreneurial journey and her guiding principles for doing business.

Candace is the daughter of General Johnny Johnson, the first Director of Telecoms and Communications policy in the US government. Although Candace has five degrees in music, including a masters’ degree, telecommunication was a subject she grew up with. “I know I am being immodest here, but I am a networks genius. I just know networks, though I learnt music. It is because I happened to be in a place which was all about it. There is nothing in networks that surprises me, I just know it. I am working now on the biggest network, viz the brain. I am really focusing on pushing the envelope,” explains Candace.

Besides her father, Candace’s childhood friend was an 80-year old HAM radio operator who helped her talk to people around the world. These influences laid the foundation for her interests in satellites and communication. “My best friend had the largest HAM radio station in the USA and I would go to his house to listen. I would go to his place every Sunday and we would call around the world. So if these are the experiences you are growing up with, and you can see how the world changes then you can make an impact on the world,” says Candace.

She was also privileged to have access to toys like a model of Sputnik – the first satellite sent into space in 1957, launched by the Soviet Union. From having been born in an influential family to having experiences which were one of their kinds, it is not hard to understand why satellites and telecommunication had so much attraction for Candace.

To her credit Candace has founded and run five successful ventures, which are estimated to have a total business valuation of more than $15 billion. Her first venture was in music, where she wanted to make classical music easily accessible to patrons. She started the venture at the age of 23 and the business was finally sold for $1 million, giving her one of her earliest success.

After her marriage to the ambassador of Luxembourg at the age of 28 years, Candace embarked upon her ambitions and the biggest venture she would build. She decided to launch a satellite in Luxembourg to give people there the option to communicate from across the border. This ambitious dream of hers was mired in controversies and much trouble, but her doggedness and belief in herself, helped her set up SES Astra – world’s largest satellite system at that time in 1983.

Her next venture after SES Global was Teleport Europe — another satellite venture that would become Europe’s biggest independent private trans-border satellite communications network. Teleport Europe was also Europe’s largest private telecom company and predictably the monopoly player Germany’s Deutsche Telekom was not very pleased with this. Her subsequent legal battles with the players earned her the moniker of ‘the most dangerous women in Europe’ by a media mogul and ‘Enemy number one’ by Deutsche Telekom. She was also named among Europe’s most powerful women by ‘Time’ and ‘Fortune’ magazines.Being the ambassador’s wife, Candace always had to be very careful of her association with her ventures, because it would inevitably be named as conflict of interests. “What I usually do is take a year to start a company, no matter what. Then I am not the manager, nor the CEO, I don’t like managing. I believe that every single person has a special talent. And even though they don’t know it, I do. And I am always trying to find that special talent. I will always sit on the board and take 1% stake in the company,” she explains.

Candace’s love for satellites and its power to create access by giving people the freedom of choice, has been the guiding force behind all her ventures. Candace also started Europe Online, another venture that pioneered a delivery mechanism enabling Europeans to access entertainment on their TV and PCs via the internet.

Though telecommunications and satellites continue to be her first love, Candace is today busy as an angel investor. She is the President of Johnson Paradigm Ventures, which is a principal founding shareholder with AXA, Caisse des Depots, Bayerische Landesbank, and the SPEF of Sophia Euro Lab, Europe’s first trans-border early-stage investment company based in Sophia Antipolis. JPV is also a principal founding shareholder in London-based Ariadne Capital, ‘Architecting Europe.net’, one of the earliest supporters and promoters of Skype, the global VoIP phenomenon. She has served as Founding Member of the Boards of both companies.

Candace is a born entrepreneur and has always followed her heart. Candace says they look for serial entrepreneurs to back and invest through Johnson Paradigm Ventures. “This is because they have expertise, and don’t have to prove anything. We can therefore make connections and help the entrepreneur get access to any chairman or bank or anything s/he may need to grow the business,” says Candace. Dogged pursuit, along with hard work can move mountains as Candace will tell you. And she is not one to take no for an answer. “Stick to what you want, don’t give up and continue your pursuit of things even when others don’t want you to,” advises Candace.