Collectabillia gets you one step closer to your idol 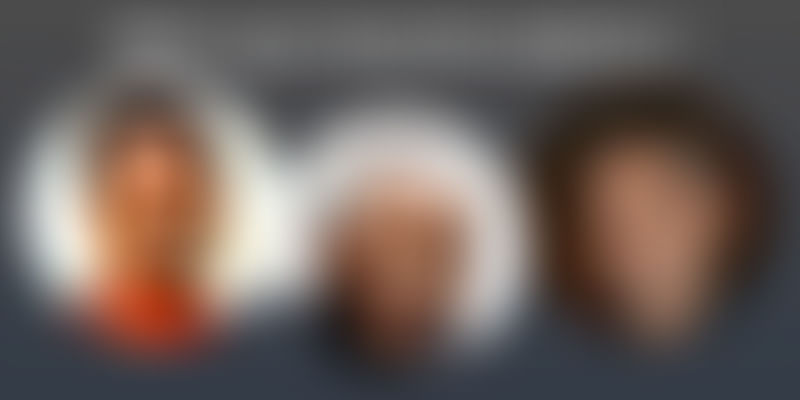 “Who better than God (read: Sachin Tendulkar) to partner with you, right?” laughs 26-year-old Anjana, as we enviously look at the autographed cricket bat hung in her Indiranagar office in Bangalore. This was gifted to her by Sachin himself - one of only 100 signed by him when he completed his 100 centuries.

YourStory met with Hyderabad’s Anjana Reddy to talk about her entrepreneurial journey in founding Collectabillia, an e-commerce platform that brings fans closer to celebrities. What follows will especially appeal to all you die-hard sports fans, waiting to grab a piece of all the legends who have walked this earth!

After an undergrad and Master’s in Finance in the US, Anjana Reddys’s plan was to be an I-Banker. She had already chosen education over her sports career a few years ago (she was national level badminton player with Saina Nehwal as her double’s partner). Now, with her graduation imminent, she was determined to pursue banking over joining her family legacy (uncle T. Venkattram Reddy is Chairman of the ‘Deccan Chronicle’).In the US, you don’t have ‘a’ cricket. You have American football, basketball, ice hockey, baseball and so on – all of them individually are the “crickets” of the US. So when it comes to sports fever, you simply can’t miss it – it’s always around you. And with it comes all the branded merchandise and gear flashed in your face.

Inspired by this craze and ruckus in her colleges (both Purdue & Champaign have excellent sports teams), Anjana identified a latent need to offer something similar in star-crazy India on one of her trips back home six months before she graduated. This was further validated by the likes of Yuvraj Singh and Sachin Tendulkar, from whom she received direct encouragement to do something in this space.

Without a second thought, Anjana finished her Masters, moved to Bangalore in 2011 and started giving shape to what would be branded as Collectabillia.

“Everyone thought I was joking,”

she comments on the reaction of those around her when she decided to move back and start her own thing. But when she was 16, she had cut a deal with her dad to allow her to sell some of his products at a 50% commission. He acquiesced and her enterprising self led to her making sizeable profits even at 16. Turns out, like her love for sports, the entrepreneur in her never left. Today, Anjana Reddy is Managing Director of Universal Sportsbiz, and the woman behind its brand Collectabillia – an e-commerce platform for celebrity memorabilia.

A little under a year into its making, Anjana chose to approach Accel Partners (her VC of choice) for funding. It all worked out, they got funded in July 2012 and as it stands today, Anjana couldn’t be happier with the choices she has made. Collectabillia – derived from a combination of collector’s items and memorabilia – was launched in December 2012 with a 25-people team.“Memorabilia is a niche market but it’s growing,”

says Anjana. According to a post by the company, the autograph market showed an average increase of 383.3% in value between 2000 and 2012 (PFC40 Autograph Index) – while the rest of the world was braving the economic slowdown. The sports memorabilia market is globally valued at $5 billion dollars.

With numbers like that, the company has a bright future and many more deals to bag. Sachin Tendulkar was her first big win. Since then, she has signed exclusives with scores of athletes as well as celebrities in entertainment, either directly or through licensing. Collectabillia offerings range from ‘Dhoom3’ pen drives at Rs. 799 to autographed Messi boots at Rs. 69,999. Limited edition products can go for prices as high as Rs. 3 lakhs.Collectabillia also allows auctions of items in addition to the outright purchase by the user. Its current user base is 1,50,000 customer strong, serviced both directly through the site as well as other e-commerce giants like Snapdeal, Myntra, Jabong, Flipkart, eBay and Amazon. The company is now looking to launch an ethnic wear line in August with South Indian actress Ramya – affordable designer wear endorsed by a regional celebrity.

From Agassi to Sly Stallone and Nelson Mandela to Ronaldo, here’s your chance to get closer to the celeb of your choice. And if you think we’re kidding, check out the Celebrity Wall at Café Coffee Day in Juhu, Mumbai!

Which celebrity would you like to see on Collectabillia?