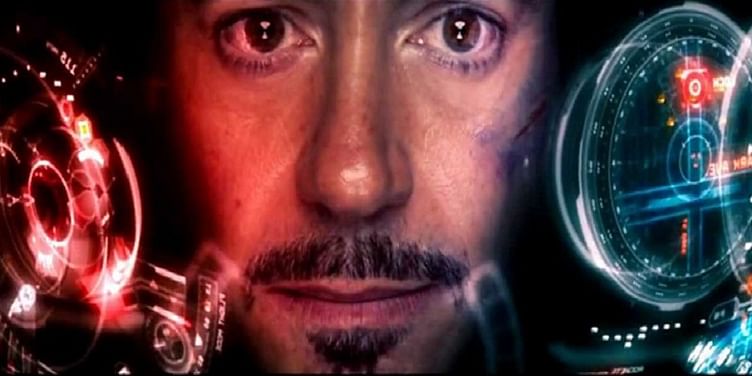 About 40 minutes into the ‘Iron Man 3’ movie, Tony Stark’s Iron Man crash lands into the snow. This is how that scene ended:

Die-hard fans of the Iron Man series, and perhaps even first timers, might have let a tear slip at this moment. For the length of the series, Jarvis was as good as our companion, as he was Tony’s.

19-year-old Chiragh Dewan felt the same way about Jarvis in May 2013, when he said to himself, “I want to build this for myself.” Chiragh and Himanshu Vaishnav, who had previously been working on something similar, joined forces and a few months later they started the actual coding of what was to become AiroCorp.

FiOS (First Intelligent Operating System) is an Artificial Intelligence equipped operating system that can learn our lifestyles, perform our tasks and help us automate our homes. “People always want to upgrade. Even if someone has been driving around a Maruti 800 for years, they will eventually want to upgrade to an Audi or a Mercedes. We’re trying to do the same thing. We just want to upgrade the user experience,” explains Chiragh, adding, “In fact, people have already shown a lot of interest in our OS. We set up a portal on the website for people to register and be a part of our movement and we’ve already seen 5,500 registrations in two weeks!”

I want one too, when can I get it?

The beta version of FiOS is due in about 18-24 months’ time. The version is expected to have a fully functional Natural Language Processing system implemented along with its learning capability. Essentially, the OS will require no keywords for prompt, it will have an advanced voice recognition system which will be able to understand different voices and accents and distinguish between sounds. The OS is meant to function more like a companion to the user. “However, we really don’t want our users to ‘fall in love’ with our machine, as was shown in the movie ‘Her’,” jokes Chiragh. Up to 80% of the operations won’t require any direct physical human interaction. Most functions can be carried out by voice control and gestures.

At present, AiroCorp has the following on its plate:

For Chiragh, finding passionate people to work with was a great challenge. “It’s a real issue since we weren’t in the position to pay

anyone. I’m really glad to have such a motivated team right now,” he says. AiroCorp’s team consists of the two founders, Chiragh Dewan (COO) and Himanshu Vaishnav (CTO) along with Rayyan Islam (President), Richa Sharma and Jonathan Lafontaine (NLP Programmers) and Tony Bradley (Chief Communications Officer). “Our first order of business, once we get funding, is to increase the size of our team. We have a few options for funding in the pipeline,” reveals Chiragh.

One of the biggest challenges Chiragh faced was to convince people around him that he can realize this dream. “My parents were very skeptical about the whole thing. It took me about 4-5 months to prove the potential of my project before they fully supported it,” he recalls. “My friends were initially unsupportive too. If you think about it, I was stepping in to compete with the likes of Google, Microsoft and Apple. So I had to really blank out a lot of negativity before I took the plunge.”

What's your take on getting your own version of Tony Stark's Jarvis? Leave us a comment below with your thoughts! Also, don't forget to check out AiroCorp, and learn more about their ambitious project.