How to revive a declining brand - 7 lessons from Pope Francis 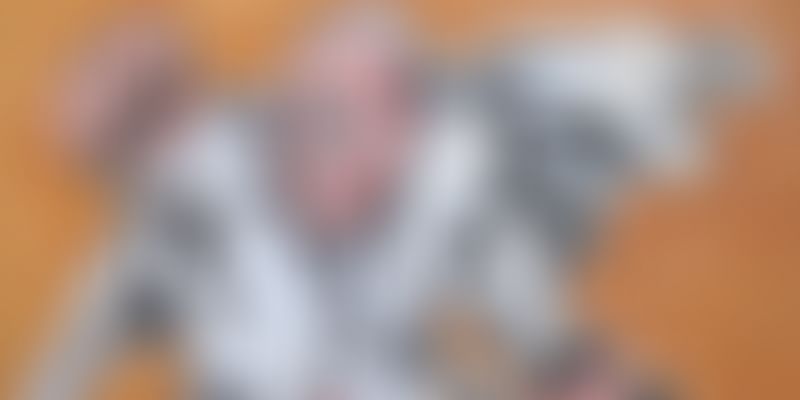 On February 11 last year, came an announcement of a resignation unlike any other. One of the rarest resignations in history, Pope Benedict XVI’s move sent 1.16 billion people into a state of shock. For the first time in 600 years, the leader of the largest organization on earth gave a two weeks’ notice – to God! At this time the Church was marred by scandals, had a demoralized workforce and saw itself losing followers to competing churches. It badly needed a leader who could turn around the fortunes – a leader with a Steve Jobs-esque despise for status quo and a determination to achieve excellence.

Two weeks after the Pope stepped down, Jorge Mario Bergoglio was sworn to papacy. He assumed the name of Francis. Pope Francis almost immediately showed signs of the change that was sought after for long within the Catholic Church. In his first act as Pope, he went to the hotel where he’d been staying during the conclave to pay his bill before moving into the Vatican. Since that act almost a year ago, the church has seen significant improvement in its approval ratings and many followers who were disillusioned by the organization seem to be coming back into the fold. Christened ‘The People’s Pope’ by the ‘TIME’ magazine, Francis was named the ‘TIME’ Person of the Year 2013.

Here’s a look at how the Pope managed to pull off one of the most inspiring turnarounds the world has ever seen.

As is mostly the case with crisis-ridden organizations, the Church’s finances were in dire straits. Documents allegedly leaked by the outgoing Pope’s pontiff revealed severe amounts of corruption in the Vatican bank.

The Pope spoke out against the frivolity of the church spending. With the average set of cardinal’s clothes costing as much as $20,000, Pope Francis urged officials to dress more modestly and not to squander such money. A German bishop was taken to task for having spent $3 million on a marble courtyard.B. Refocusing the organization’s mission to concentrate on its strength

Helping the poor has always been at the core of the church’s mission. But in the last decade the Church had lost its focus and instead it ended spreading itself too thin with an opinion and a mandate on any and every issue. The Church under Pope Francis has reorganized itself to deliver to the cause of the have-nots. In fact, the Vatican employees’ bonus for electing a new Pope was all given to charity instead.

C. Leading from the front

The Pope himself cast off the elaborate trimmings of the office of the papacy in favor of simpler dress. He refused to be treated differently from the other priests. He hugged and kissed and prayed with a disfigured man. He has been known to sneak out of the Vatican at nights dressed as a common man and helping out the homeless and the needy. In October, Francis donated his own Harley Davidson motorcycle to fund a hostel and soup kitchen in Rome.

In March last year, rather than holding the holy service at the Vatican, the Pope organized it at a prison for minors. During the service, to commemorate Jesus' gesture of humility towards his apostles on the night before he died, the pope washed and kissed the feet of 12 young offenders. He broke tradition by washing the feet of two women and two Muslims who were part of the group.

Pope has won many hearts with his stance on homosexuality. Even while he continues to support the traditional teachings, he repeatedly denounces the judgment against homosexuals. He has stated that the Church has no right to interfere spiritually in the lives of gays and lesbians. This led to ‘The Advocate’, a gay rights magazine, naming Francis the 'single most influential person of 2013 on the lives of LGBT people.'

Additionally, he acknowledged that the long-held notions within the church that atheists are inherently bad people are wrong and that atheists can be good people too. He has also openly spoken against the Church’s unhealthy obsession with abortion and contraception.

F. Fighting corruption within the organization

Perhaps the biggest scandal to have hit the Church in recent years’ is the matter of child abuse. More number of Catholics had lost faith in the Church due to this atrocity than any other reason. The Pope becomes the first one to take effective action against the menace by amending the archaic Vatican law to make the abuse of children a crime.

He has also brought in a group of eight Cardinals, called the C8 to look into the workings of the organization. Big consulting firms McKinsey and KPMG have been also brought onboard to give the Vatican bank a systemic overhaul.

G. Wooing the biggest market and bringing the young into the foldWhile the biggest organizations continue to innovate their products and offerings for the youth, the Church has very well understood the power of the young. Pope Francis seems to have tapped into the young psyche, evidenced by the turnout of 3 million to hear his speech at a mass rally in Rio de Janeiro at World Youth Day celebrations.

The youth appeal also comes from the fact that he doesn’t shy away from taking selfies and refusing to send away children when they run onto the stage to hug him. This has given Francis an incredibly fun rapport with them.

The ‘Pope Francis case study’ is surely one for the B-school students and corporates to study and learn from. Even startups can easily apply the same branding and marketing lessons to their advantage and avoid falling into the trappings of complacency.

What do you think of the ‘Pope Model’? We’d love to hear your views.

5 leadership lessons from the life of Nelson Mandela