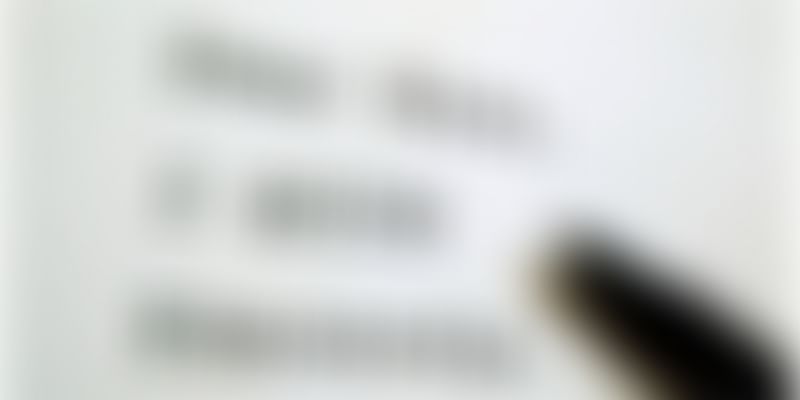 The other day I met a guy who had worked for 38 years at GM. He wasn’t in the union and he wasn’t a high level executive. So consequently, when the rock of corporate safety in America over the past century went bankrupt he got nothing. No pension, no insurance, no savings. The unions got their money. The high level execs got their golden parachutes. the 30,000 in the middle got nothing.

“I thought it was safe,” he told me. “I thought nothing could touch me.”

The American religion wants you to believe that corporate safety is here, that its going to protect you and your white picket fence and your framed college degree. But its a lie. The government doesn’t care about you. Your bosses don’t care about you. And when the desert that rises up to claim you back into its dust, you’ll disappear and nobody will wonder about your accomplishments and the things you are most proud of.

Even when I had the best job ever, the job that was the best time in my life, I still had to consider: how am I going to escape this.

Most people need to begin their ext strategy RIGHT NOW:

So here’s the 10 reasons you need to quit your job right now. And below that I have the methods for doing it.

1) Safety. We used to think you get a corporate job, you rise up, you get promoted, maybe you move horizontally to another division or a similar company, you get promoted again, and eventually you retire with enough savings in your IRA. That’s all gone. That myth disappeared in 2008. It really never existed but now we know it’s a myth. Corporate CEOs kept their billion dollar salaries and laid off about 20 million people and sent the jobs to China. Fine, don’t complain or blame other people. But your job is not safe.

2) Home. Everyone thinks they need a safe job so they can save up to buy a home and also qualify for a mortgage. Mortgage lenders at the banks like people who are like them – other people locked in cubicle prison. Well now you don’t need to worry about that. Here’s why you should never own a home in the first place. Save yourself the stress.

4) Their boss. Most people don’t like their boss. Its like any relationship. Most of the time you get into a relationship for the wrong reasons. Eventually you’re unhappy. And if you don’t get out, you become miserable and scarred for life.

5) Their coworkers. See above.

6) Fear. We have such a high unemployment rate, people are afraid if they leave the job they are miserable at, they won’t be able to get a job. This is true if you just walk into your boss’s office and pee on his desk and get fired. But its not true if you prepare well. More on that in a bit.

7) The Work. Most people don’t like the work they do. They spend 4 years going to college, another few years in graduate school, and then they think they have to use that law degree, business degree, architecture degree and then guess what? They hate it. But they don’t want to admit it. They feel guilty. They are in debt. No problem. Read on.

8) Bad things happen. All the stuff I mention in the post “10 Reasons You Need to Quit Your Job” start to happen. And it gets worse and worse. You don’t want to look back at your life and say, “man, those were the worst 45 years of my life.” That wouldn’t feel good.

9) The economy is about to boom. I don’t care if you believe this or not. Stop reading the newspaper so much. The newspapers are trying to scare you. Bernanke just printed up a trillion dollars and airlifted it onto the US economy. Who is going to scoop that up. You in your cubicle? Think again.

10) Your job has clamped your creativity. You do the same thing every day. You want to be jolted, refreshed, rejuvenated.

Note: some people love their jobs. This is not for them but the 90% who don’t.

Good point. You need to prepare. Its like training for the Olympics if you feel now is the time to move on from your job. You need to be physically ready, emotionally (don’t quit your job and get divorced on the same day for instance), mentally (get your idea muscle in shape) and spirituall all ready.

The posts that will help you quit your job. To quit, at least follow the ideas in the first post:

- How to be the Luckiest Man Alive in 4 Easy Steps

- What to do if you were Fired Today

- The 100 Rules for Being an Entrepreneur

In the above link, it’s not about starting a business. It’s about finding what your frontier is, how to explore it, how to test the waters and move beyond it. I’m not saying I can do this. I’ve hit my boundary so many times and bounced off that I have six broken noses to show for it.

Note #1: I get a lot of criticisms from anonymous people in the Yahoo message boards. Claudia begs me, “Don’t look at the message boards unless you talk to me first.” Because she knows I’m an addict. I tell her ‘ok’ but I know I’m going to look. Because that’s what addicts do.

Note #2: Sometimes people criticize the “list” format in these posts. “10 reasons” for this. “10 reasons” for that. About 20% of my posts are lists. Not so much. Read “The Power of Hypnosis” or “The Tooth” for two recent non-list posts. And Charlton Heston clearly didn’t mind lists when he came down from Mt. Sinai with “The 10 Commandments”, the very first blog post. 3500 years later and still getting clicks.

I don’t mind when people critique me when they’ve lost, quit, or have been fired from as many jobs as I have. Or lost a home. Tried to raise two kids with almost nothing. Been as desperately unhappy as sometimes I’ve been. This doesn’t qualify me for anything, of course. Maybe it disqualifies me. Who cares? A lot of people have had much worse than me. And I’ve been very blessed as well.

Sometimes you can build back up. And sometimes you just think, “How the hell did this happen to me again”. You can criticize me on Yahoo message boards. You can critique lists if you think you have some better way of helping people. My goal in these posts is to help people maybe think for a split second they can reduce some stress in their lives, they don’t have to go through what I went through, they can throw themselves into experience and still come back alive, and at the end of the day, they can use some of these ideas to live a better and more fulfilling life. I’ve had that experience and I like to write about it.

Later tonight I’m going to give my two daughters, nine and twelve years old, two choices and ONLY two choices. Either they watch “Star Wars” with me or they watch “Schindler’s List”. And if they don’t like either choice then maybe I’ll just sit by the TV with some ice cream and watch all by myself.

The blog was originally published on www.jamesaltucher.com