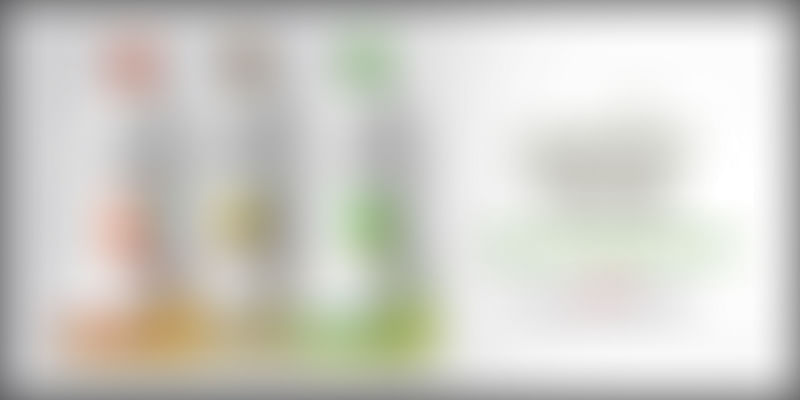 Savouring mangoes, lazing in the afternoons and galli cricket – these are some of the happy memories from every Indian’s childhood summer vacations. Here’s a brand which hopes to refresh those cherished memories through its range of traditional Indian summer drinks like ‘Aam Panna’ (sweet & sour raw mango juice) and ‘Jaljeera’ (a tangy, spicy made of cumin and other ingredients).

In March 2011, Narayana Murthy’s VC firm Catamaran and Bangalore-based Footprint Ventures had invested Rs 6 crores in Hector Beverages. In May 2013, Hector Beverages raised a second round of funding of $ 8 million from Sequoia Capital in which existing investors also took part. The Paper Boat brand was launched in August 2013. It started with two variants – ‘Jaljeera’ and ‘Aamras’ -- and has now evolved to seven.

According to Neeraj Kakkar, Co-founder and CEO of Hector Beverages, “The brand is having a brilliant initial run, as more and more people are discovering it. The part we find very interesting in this journey is the innovation. We just launched ‘Golgappe ka paani’ as a drink. I have often heard my mother and wife say to paani-puriwallahs, ‘bhaiya, thoda paani aur dena’, (please add some extra spicy water) after their fill of golgappe or paani-puri. Looking at that latent demand we launched ‘Golgappe ka paani’ as a drink, and find this whole process quite kickass.” The brand has a distinct visual and brand identity surrounding typical Indian childhood memories as illustrated by the images below and their Facebook fanpage.

Neeraj, who was earlier with Coca Cola in India for seven years, walks us through the evolution of his brand and shares some valuable advice for future food and beverage entrepreneurs as he answers a few questions. "Everything which is unbranded but consumed today, presents an opportunity to start something. At some stage it will become branded."

The birth of Paper Boat as a brand: One hot summer day.....

Four of us started this beverage company three years ago. We were selling Tzinga energy drinks and were always in search of new beverage ideas. We used to have lunch together and one hot summer day, James decided that he wanted to make ‘Aam Panna’. The genesis of the idea was Suhas’s mother’s homemade ‘Aam Panna’ which was always in demand.

To cut a long story short, one thing led to another, and thus began the journey of Paper Boat; a journey of going back in time and bringing the flavour of summer holidays. We wanted to introduce drinks which are seasonal and delicious; drinks which are products of generations of trial and error, and which are sadly getting lost in the modern day fizz.

On a side note, ‘Aam Panna’ was the fifth variant under the Paper Boat brand (after ‘Aamras’, ‘Jaljeera’, ‘Kalakhatta’ and ‘Kokum’), but it took us that much time to arrange for the ingredients.

Why the name ‘Paper Boat’?

Again, we drew our lessons from childhood. The process of making paper boats in the monsoons is another happy memory from the past. It is your first sense of accomplishment. Your first sense of loss too, when it would drown. Your first life lesson about staying afloat under harsh circumstances. A paper boat implies a lot of firsts. But it also signifies a different world, with different priorities. Maybe it tells us that no matter who we are, where we live or what we've done in our life, we will always remember how to make a paper boat, right?

So the real question should be: ‘Why not paper boat?’

Why Indian traditional drinks? Can a drink tell a story?

Any drink can be made to taste good or nutritious. But how many drinks tell a story? Most of the time, it is about practicality. But when history and geography conspire to make a drink favoured through the ages, that’s destiny. Most of these traditional drinks have recipes which have churned over centuries: it is a culmination of efforts; modified through trial and error, and perfected with every passing age. From a king’s royal cook to a soldier’s flask, to a peace offering made by warring clans, to a mother conjuring something special for her son’s return, to a grand celebration of harvest. Everyone had something to contribute. Our inspiration lies in emulating these tastes and experiences but at the same time standing tall on the benchmark of hygiene and safety.

Life is still beautiful. Paper Boat brand philosophy is to reduce cynicism in society. It is to reaffirm faith in life.

Sales channels and strategies that have worked

We are selling a lot in key accounts (airlines, airports, multiplexes and food courts). These are the places where we get equal level playing field with the large beverage players. And we have been doing very well in all these channels. We are also doing well in Modern Trade etc., though it is difficult for a small company to get listed in these places. The part where we face the most difficulty is the neighborhood stores. That is where large beverage players muscle you out because they have the chillers in these outlets which you cannot afford.

a) Keep at it. No matter what happens.

c) Adapting to your environment is the key.

d) Everything which is unbranded but consumed today, presents an opportunity to start something. At some stage it will become branded.

The big challenge of making these traditional beverages on a commercial scale is the lack of suppliers to provide quality ingredients. Take the example of ‘Jamun Kalakhatta’. We struggled for eight months before we finally found a high quality supplier of Jamun. One of India’s biggest suppliers gave us a suggestion to make Kalakhatta from black currant and we seriously considered it for a few weeks, before better sense prevailed and we decided to never mess with the original recipes. It was a similar case with Kokum and green mango. We are working with agriculture universities and farmers to procure produce of international quality. It has been our biggest achievement and most satisfying part of the journey so far.

We are exporting to the US, the UK, France, Canada, Australia, Netherlands, the UAE, Malaysia and many more countries. We are young, we are hungry, and we are aggressive. We want to grow and be the world’s largest functional beverage company.