Torches of Freedom: How the world’s first PR campaign came to be 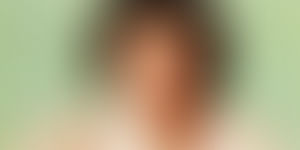 In 1928 George Washington Hill, president of American Tobacco Company, was an anxious man. While the company was doing roaring business selling cigarettes to men, women could not be induced to smoke under any circumstances. Tobacco use among men had soared after the First World War, especially since cigarettes were included in the soldier’s rations. Not only that, there was no greater symbol of manly pride than rich brown Marlboros puffing out exotic scents of smoke. On the other hand, women who smoked were considered such social outcasts that prison sentences were handed out to punish this kind of immoral behaviour.

The First World War of course changed all notions of traditional gender roles. With men away at war, women were forced to move out of the home and into the workplace and they were embracing this role with élan. The 1920’s were a time of intense movements demanding equality for women- be it the right to vote or, as it would turn out, the right to smoke.

George Washington Hill was no feminist. But he was an opportunist. “If I can crack that market, it will be like opening new gold mine right in our front yard,” he told Edward Bernays, the man hired to convince women how smoking cigarettes would land them a worthwhile victory in the fight for equality. Bernays was being paid $25,000 to turn around the fortune of Lucky Strike, a ridiculously large sum. In 1929 public relations was a brand new experimental field which Bernays had virtually invented. Upon his death in 1995, he was honoured as the father of public relations.

There were several challenges to getting women to embrace the cigarette as a symbol of their freedom, the foremost being the social stigma attached to it. In the nineteenth century it was thought that only fallen women, ‘whores’ and ‘prostitutes’, would smoke. Only sly, devious and ‘characterless’ women were shown to be smoking on screen. The next was to teach women how to smoke properly. Apparently the few ‘respectable’ women who did it publicly made a mess of it and Hill was anxious that such clumsy displays would put fashionable women off this pursuit.

The women hired for the project had to be convincing and appealing enough to influence the masses, yet not too good looking or ‘model-y’ so as to give truth to the vamp stereotypes. Edward Bernays set about designing the Torches of Freedom campaign, a PR stunt the first of its kind in the world.

On 31st March 1929, at the height of Easter Parade, a young woman named Bertha Hunt stepped out into the crowded fifth avenue and created a scandal by lightning a Lucky Strike cigarette. The incident was highlighted even more because the press had been informed in advance of Hunt’s course of actions, and had been provided with appropriate leaflets and pamphlets. What they did not know was that Hunt was Bernays’s secretary and that this was the first in a long line of events that was aimed at getting women to puff. Bernays proclaimed that smoking was a form of liberation for women, their chance to express their new found strength and freedom.

While walking down the street Hunt told the New York Times that she first got the idea for this course of action when a man on the street asked her to extinguish her cigarette as it embarrassed him. “I talked it over with my friends, and we decided it was high time something was done about the situation.” The New York Times dated 1st April 1929 ran a story titled, “Group of Girls Puff at Cigarettes as a Gesture of 'Freedom”. As women all over the country took to this new found symbol of their emancipation aggressively, Bernays must have had the last laugh at the ironic date of the story.

Ten young women followed Bertha Hunt that day down Fifth Avenue, brandishing their torches of freedom. The audience’s imagination was captured as newspapers enthusiastically reported on this new scandalous trend. Bernays used “sexual liberation as a form of control.” The days that followed saw Bernays not only emphasizing the liberation movement for women as far as cigarettes were concerned, but also waxing eloquence on its slimming properties and glamour quotient that ensured women getting hooked to Lucky Strikes. Sales doubled from 1923 to 1929. Bernay’s justified his $25,000 paycheck to Hill and their fruitful association continued for another 8 years that saw a miraculous jump in the sales of cigarettes. While voting rights were yet to be granted to women, Eddie Bernays got them an equally symbolic though hollow torch of freedom in a spectacular fashion.

Years later Bernays would smile confidently at the radical effect the campaign had wrought about in society, “Age old customs, I learned, could be broken down by a dramatic appeal. "While the intentions behind this radical change might certainly be murky, there is no doubt that the Torches of Freedom became a landmark trendsetter in the world of advertising and public relations and is influencing the rules of the game even today.