Riding on a Sunbeam: How one engineer turned neuroscientist is on a mission to make backpacking cool among Indian youth 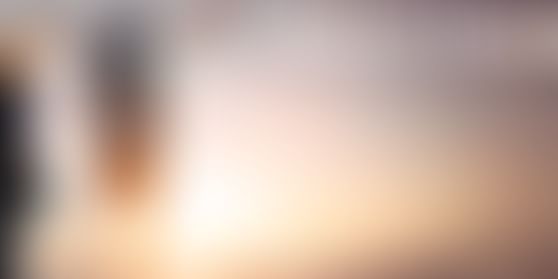 What do you do after getting a bachelors in engineering, a masters in biophysics and computational biology and yet another masters in neuroscience from one of the most prestigious universities in the world? You give up your job and go on a solo backpacking adventure around the world. Mauktik Kulkarni did one further. After biking solo through South America and backpacking across 36 countries around the world he went on an adventure trip through the place that matters most to him- India. Then he made a film about it.

He and his fellow traveller Samantha Jo Fitzsimons bootstrapped a documentary film – ‘Riding on a Sunbeam’- about their insane adventures through India to inspire and influence people to get out of offices and classrooms and into the big wide world. As Samantha says, “A traveller sees what he sees. A tourist sees what he came to see.”

They have launched a crowd-funding campaign on Wishberry to raise 5, 00,000 rupees for the final push in movie-making. “We have already crossed 2, 10,000 and we are hoping that all the entrepreneurs, adventure lovers and film aficionados will join us in our venture.”

Your foray into backpacking travel began with a solo 5000 mile trip in South America. What was the reason for that adventure? What were you doing with your life at that time?

I was completing my Masters in Neuroscience at the Johns Hopkins University (US) when I saw the movie ‘The Motorcycle Diaries.’ It is a bit ironic that the first thing that comes to any viewer’s mind is picking up a motorcycle and riding in South America. And I was one of those. The day I got my offer letter from a neurotech start-up in the US, I packed my bags and landed in Cuzco in Peru. I rented a motorcycle there and started my journey; without a plan and without any knowledge of Spanish.

After your trip in South America, you went on a 36 country expedition around the world. What was that experience like? How did you finance that travel?

On the South America trip, I somehow managed to come back alive after covering 8000 kilometres in 40 days. After returning to the US and joining the neurotech start-up, I never thought that I would be able to quit my job and travel for a year without knowing what was going to happen next. But after four years, I had enough in the bank to survive for a year. I was always keen on moving back to India and that seemed like the perfect time to do this round-the-world trip to 36 countries.

It was an exhilarating experience. I saw the imposing pyramids of Giza, went to a Palestinian refugee camp in Lebanon, chased the midnight sun in Norway, visited Aushwitz in Poland, enjoyed the sun in Spain and Morocco, tried to climb Kilimanjaro in Tanzania, went shark cage diving in South Africa, walked on the Great Wall, saw the killing fields in Cambodia, did scuba diving in the Great Barrier reef, walked on glaciers in New Zealand, partied in Rio for the carnival, went to the Southern tip of Argentina and spent a week in the Amazon jungle in Colombia! It was an once-in-a-lifetime experience.

Despite such heavy duty travelling, you have said that your greatest adventure was backpacking across India. What is it that made this undertaking special?

There are several things that made our backpacking trip in India the greatest adventure. After traveling around the world, I realized that in terms of social and cultural diversity, there is no other country that even comes close to India. Secondly, in spite of having spent 16-17 years in India, I had never explored the perplexing contradictions of Indian society the way we did on this trip.

Your educational credentials are mind boggling. What is your day job about? How do you balance your wanderlust with making a living?

I finished my Bachelor’s in Electronics & Telecom Engineering from University of Pune. I then went to the US to get a Masters in Biophysics & Computational Biology (UIUC) and another Masters in Neuroscience (Johns Hopkins University). I am now working on a couple of different projects. I am helping Wazzat Labs, an exciting Hyderabad-based start-up, with business development and I am working as a consultant for strategic initiatives at the Bangalore chapter of The Indus Entrepreneurs (TiE), a global non-profit organization helping start-up ecosystems in several countries.

Balancing my wanderlust with making a living is the toughest part of this journey. It takes a lot of careful time management, trusting your team members, delegation of work and, above all, passion. It is like working 25 hours a day. It’s madness. But if you keep searching, you meet enough like-minded crazy people who make all the efforts worthwhile.

Your previous travel sojourns had been solo. This time you had a special companion with you. How did you meet Ms. Samantha Jo Simmons? What was it like travelling with her? Did an Indian man and an American woman journeying together raise eyebrows while you were travelling through the more conservative parts of the country?

Samantha was a friend’s friend and I had met her once briefly when I was living in the United States. But at that time, I had never thought that I would make a film, let alone backpack with her to the small towns and villages of India.

There were several interesting incidents when we were traveling together. The one in Azamgarh is the most memorable. The crew walked into the only semi-decent hotel near the main bus stop to sleep for the night. As soon as the manager noticed Samantha, he said that she would not be allowed there because a woman has to be the sister or wife of one of the men to spend a night there. The audio expert in our team was quick on his feet and made up a story. He said that his parents got divorced, his dad went to the US, married an American woman and that Samantha was his step-sister. After that, he didn’t care that Samantha crashed in some other guy’s room. As long as she was somebody’s step-sister, he did not care which room she was sleeping in. It was hilarious!

Why is it important for you to make a film about this journey?

The concept of a ‘gap year,’ taking a year of after school or college to travel, is quite common in the developed world. The life skills and lessons you learn about entrepreneurship when backpacking are extremely important for personal growth. However, Indians still look at such unplanned, unstructured travel as a waste of time. Ever since I moved back to India last year, I have given several invited lectures across India (The Goa Project, Construkt Festival, TiECon Central India, several schools and colleges). I have noticed a lot of pent up energy among the Indian youth, but a lot of them are clueless about how to approach backpacking.

And most importantly, as they say, anything you say about India, the exact opposite is also true. We wanted to showcase the immense, unmatched and rich diversity of cultures, philosophies and ways of life in today’s India. With the help of humour, wit and poignant stories from across India, we are highlighting the challenges and opportunities in modern-day India.

Why do you think people need to see this movie?

When it comes to unstructured, adventurous backpacking, this is the real deal. How many times have you seen an American girl to go Azamgarh to understand the issues arising from total lack of infrastructure and lack of law and order? Or going to the Nagaland to take stock of the insurgency there? Or go to Ayodhya to take stock of the Ramjanmabhoomi issue? Or to the small villages surrounding Udaipur to discover polygamy there? We have all of this and more in Riding on a Sunbeam. The film look at some of the intriguing contradictions of India through the eyes of an Indian guy, a Neuroscientist, who has travelled the world and an American girl, an Anthropologist, who is visiting India for the first time. Sound interesting?

Beyond that, traveling is a metaphor for life. The challenges you encounter, the solutions you find, the different philosophies of life you encounter that challenge your worldview are a microcosm of life itself. We are hoping that this film will help people break out of the mould, go backpacking and, through that, follow their dreams.

What were some of the biggest challenges you encountered while making the film? How did you overcome them?

The entire project has been a journey of entrepreneurship and there are several parallels one can draw between starting a company and embarking on a documentary project like this.

Some of my friends and family members took the early risk and invested in the project when it was just an idea on a piece of paper. With that seed fund, we managed to complete the trip and collect more than 100 hours of raw footage in one month. The entire crew slept for 4-5 hours a night on average for the entire month to collect breath-taking scenery, insightful interviews and thoughtful commentary by the travellers. Based on the raw footage, we managed to raise more funds from travel, adventure and film enthusiasts to start our post-production activities.

What is the most important lesson you have learned from your travels? What are some of the biggest risks you have taken?

It is hard to summarize everything I have learned through traveling in one lesson. Perhaps the most important thing I have learned is humility. A couple of times during my travels, I have come within striking distance of death. Such events make you realize how unpredictable life can be. Once you realize that, following your dreams goes from being an option to being a necessity.

What is your advice to those wanting to break away from the monotony of everyday life and backpack? How can a balance be achieved?

Take baby steps. Youth hostels are not common in India yet, but there are several places in India that have decent facilities for backpackers. Plus, there are several NGOs and other organizations in rural areas that offer volunteering opportunities. Go on a 2-3 week solo trip first. See if you like it. If you do, then take up a longer trip of 6-8 weeks, perhaps when you are between jobs. And then, do something big after that. You don’t need a lot of money or planning to do overseas backpacking trips these days. There are several countries in South East Asia, Africa, Eastern Europe and Latin America that offer several options for adventure, are relatively inexpensive and issue tourist visas easily or on arrival. Once you have done a few short trips, plan a six-month or one-year trip overseas. Trust me, you won’t regret it!

Check out the crowdfunding page for Riding on a Sunbeam here