How a UPenn graduate is empowering the untapped potential of India 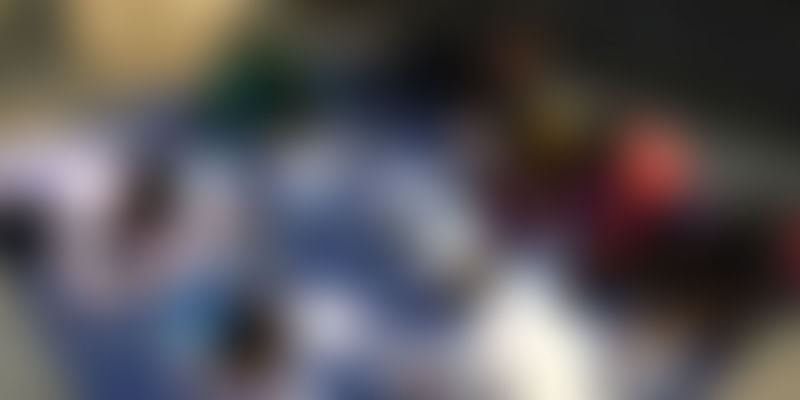 “The future of India lies in its villages.” This famous quote by Mahatma Gandhi is being threatened today with India looking towards a shining future in its cities and skyscrapers. However Zubin Sharma, a 24 year-old graduate of University of Pennsylvania, took Gandhi’s words to heart. After starting an organization called SEEKHO India in 2013 to introduce a culture of education in Bihar, Zubin realised that bringing together the existing strengths of a community could help increase its collective well-being. That’s how Project Potential was born, with a vision to help people and communities everywhere reach their potential. SocialStory spoke to Zubin about Project Potential.

SS: From UPenn to Bihar, how and when did the idea of empowering Indian villages begin?

ZS: I landed in rural Kishanganj District in Bihar during a gap semester from UPenn that I took to test a hypothesis I had – that people everywhere have potential and that this potential can be used to create change. I was working with an NGO there, and while the NGO was doing a good job, they weren’t able to reach a lot of small hamlets, so I wanted to see what else could be done.

SEEKHO was founded out of a village meeting in one of these small hamlets, in which the community was asked, “what are our shared goals for the future?” Everyone said, “education,” so we worked to provide education. We’ve provided education to over 4,000 people since February 2013 through local people, who we trained as teachers.

SS: What was your most surprising observation when you first came to Bihar?

ZS: The first time I came to Bihar was in 2010 on an internship with Husk Power Systems in West Champaran. What surprised me was how much potential I saw; all anyone would ever say about Bihar was how “backward” it was, which made no sense to me, since I saw a lot of innovation and movement happening. And, correct me if I’m wrong, but you can’t be backward if you’re moving forward!

The second important point is how adaptable human beings are to their material environment. With Husk Power Systems, I lived in a one room mud hut during my internship, and adjusted to the living conditions within 24 hours. In Kishanganj, I had it a little better, sleeping on the floor with a building, so that was even easier. Many people say, “OMG, I could never do that,” to which I say, “yes you can! Just give it a try!”

SS: Project Potential focusses on the existing resources and strengths of a community. Tell us more about how that notion evolved.

ZS: While we have accomplished a lot in the past few years with SEEKHO, we saw that a lot of other systemic challenges, like poverty, health, and communal strife often hold children back from getting educated. Many of our local teachers were picking up on this fact and actually started providing services in other areas, like Ganesh, who trained the community in sanitation practices.

Seeing this, we felt like our teachers could do much more than just teach – they could change the underlying systemic issues that were blocking students from learning. So we did a three month pilot and saw amazing results – two villages getting electrified, a preschool getting built, new associations built, new learning centers opened, etc., all using locally available individual, community, or institutional resources. Most importantly, we saw the community coming together in a way that it hadn’t before. These findings led me to found Project Potential.

SS: How does Project Potential work?

ZS: Take 19 year-old Razia for example, who is what we call a Village Visionary. She mobilized women in the community to build an association. The association then set their goals:

• Get their kids educated

For basic literacy, she trained a local girl to teach the women. The main obstacle to get kids educated was flooding in the rainy season. So she organized a meeting with the block educational officer, who then set up a bridge school for them to get educated. Finally, for earning money, she worked with local businessmen to get them jobs and then also helped them get job cards.

So this is the kind of work we do. As you can see, it’s all about using local, available resources to help the community achieve their self-defined goals. We discuss it in three steps:

1. Building an army of Village Visionaries

We have six Village Visionaries in the field right now, and will have 24 more beginning in January.

SS: The Project Potential ‘family’ have people from various backgrounds, countries and most certainly different strengths. Was it difficult finding people who would readily leave what they were doing to come and work in Bihar?

ZS: Project Potential is an international family of people, who are connected by a belief in the potential of people, a commitment to action, and an understanding that our relationships matter over all else. Take Jason House, for example, an acquaintance from college and a Wharton graduate. He read an article I wrote on some mindfulness work we had done in Nepal, and then told me he wanted to quit his job and work with us in India. Now he’s adopted an Indian name – Sanjay bhai – and wears a gamsha and a lungi. He fits in so well, and wherever we work, everyone in the community knows and loves him.

So, in short, it’s not tough – there are lots of people for whom Project Potential was their calling and exactly what they were looking for: a community and family built on super strong values and 110% committed to its people.

SS: Is there any parting message you’d like to give our readers?

ZS: Gandhi only had 24 hours a day. Same goes for you. No excuses. Start making moves!

Project Potential was officially launched on 25th September 2014. Visit www.facebook.com/thepowertodo for more updates on the project.