How Kiran Nadar turned her passion into a full-fledged museum 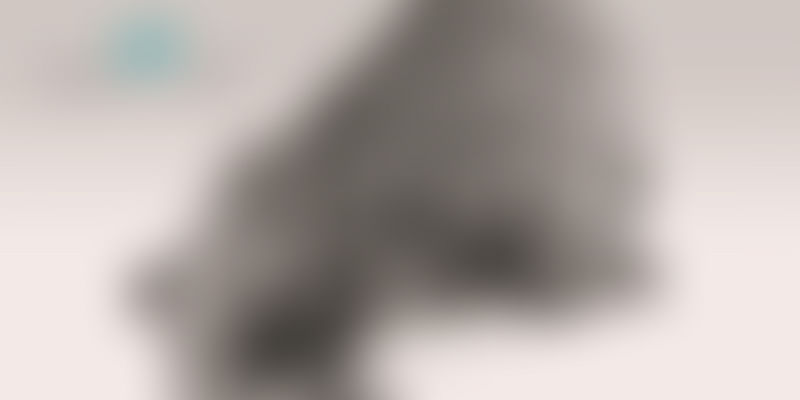 “There is immense artistic talent in the country, and I was drawn to the idea of acquiring art for my home.”

Kiran Nadar started out as an amateur art collector. From merely collecting art, Nadar went on to educating herself about India’s art history and contemporary artists in the country. What started as a habit to make her home feel more “warm and lively”, became a fascination with art that turned Nadar into an amateur cognoscente.

After two decades of continuously collecting and chasing artworks that appealed to her, Nadar ran out of space. This was to only further motivate her to share her collection with the public.

“I was possessed,” says Nadar, “by the idea that art is to be seen and not simply stored, hence the next big idea was “establishing a museum that can become a place of confluence” where art is not merely housed and displayed, but is discussed, talked about and appreciated. I wanted to find more ways of engaging with the art world.”

Where Nadar could have opened a commercial art gallery, she chose to open the Kiran Nadar Museum of Art. Her gallery doesn’t showcase art to sell, but is a philanthropic initiative part of the Shiv Nadar Foundation.

Nadar says, “The Museum was envisaged to bring to the larger public the permanent collection, spread awareness about art and culture, particularly modern and contemporary art. We are interested in public outreach and in building a museum-going audience. We are neither an auction house nor a commercial gallery, where works come in temporarily and get sold off.”

On the neglect rural and folk art is going through due to commercial art galleries focusing largely on contemporary and elite urban artists, Nadar says,

“I agree that this country is full of talent and creativity that is not restricted to cities, but art forms can be found in many rural pockets and regions. What meets our eye is an iota of what exists. Those involved in cultural studies, management and infrastructure-building need to take more responsibility. It is important that various kinds of art forms co-exist especially in a culturally diverse and rich nation like ours. One cannot substitute the other.”

Nadar’s collection starts from the late nineteenth century covering all major phases of modern and contemporary Indian art, with a special focus on artists who’ve sintered Indian Modernism with the strokes of their brushes.

“The Collection has many historically important works acquired from various sources,” says Nadar. “On an average, we loan around ten works per year to other institutions and to biennales, both nationally and internationally. This is to say that the works in the collection have been appreciated and acknowledged world-wide. The current exhibition is a third retrospective at the KNMA in its life of 5 years. With eighty or more works by the veteran artist Rameshwar Broota on view, and that too of the scale that he is known for, institutions and private collections have certainly come forward to loan us works for the first-time comprehensive showing of his works.

“One of my favourite works is SH Raza’s Saurashtra. It is an important work not just in Raza’s oeuvre, but also in the ways it adds to the multiple readings of Modernism in the Indian context. Also for me, the works in the Collection have to talk to each other.”

Nadar emphasises the need for art institutions to be more receptive of new ideas and artists, and to really open themselves to the general public than keep their limited works contained within an elite society of art appreciators.

In this aspect, KNMA wants to be more than just a private museum.

“In a small span of five years and as a growing museum, KNMA has achieved the initiation of several continuums like the OutREACH, Art Education, workshops, symposiums. The museum is drawing not just the students and artists, but also introducing arts to people from all walks of life. These programs form the core of what we are and how we express ourselves in relation to the community we are serving. We’re bringing visibility to Indian art both nationally and internationally. And, the KNMA’s journey has been both rewarding and challenging.

“Simultaneously, we at KNMA have been engaging with the process of looking inward and outward in order to locate ourselves within the nascent Indian art-world(s), and amidst the larger public domain. I want the museum to be a site for greater reflexion, production of knowledge and dissemination.”

On the exclusivity of accessing art, Nadar says,

“The moment we have active institutions that are open to researchers and the general public, it will lead to dialogue and make way for art to be seen as part of everyday living. Patronage of some kind has always been crucial to art-making and production. While affordability of art associates it with elitism, its accessibility is what will bring it closer to people and make it a part of their lives.

“Apart from its educational component, creativity and aesthetic experience must remain central to human existence as contemporary life gets more hurried and stressful in nature.”

Nadar adds that she’s “been very inspired by Mr. Ebrahim Alkazi as a collector and connoisseur, and I would someday definitely love to exhibit his marvellous collection at the museum.

“KNMA also wants to look at works of artists who have contributed to the discourse of Indian art in the last century and have remained at the periphery at times and some yet to be discovered.”