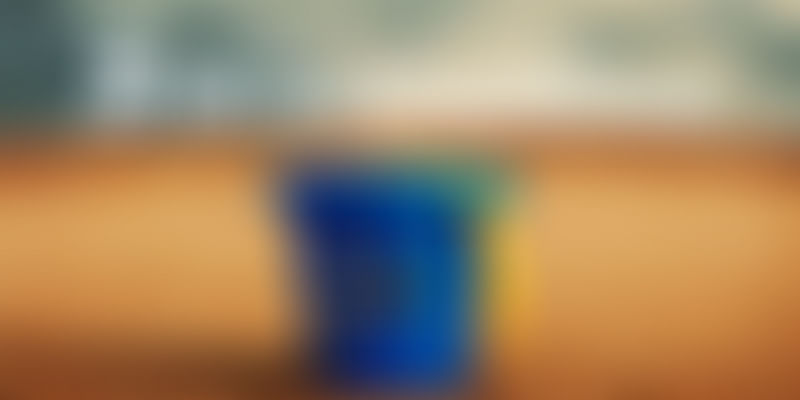 Here are 5 things every entrepreneur must have on their bucket list:

Have powerful role models and meet them : Think BIG! Who would you be if you had the funding you wanted and lots more and got to implement all your plans...even the crazy ones? That is your role model. Successful entrepreneurs have real role models because they understand that to be successful it is very important to model success. A role model is basically a person who has already achieved what you want to achieve, hence, it’s best to learn from and think like your role model because he/she has already been there and done that. Therefore, you always have a reference and it becomes easy to deal with and overcome challenges in your entrepreneurial journey just as your model would have. Now that doesn’t mean that you imitate or copy what your role model did, it just means that you approach a situation like your role model.

Now just having a role models isn’t enough. It’s important to take an extra effort of actually meeting them either at workshops, networking events or simply even via LinkedIn. And yes, most successful entrepreneurs are very easy to get in touch with, especially via social networks. Be it Richard Branson, Oprah Winfrey, Narayan Murthy or Ratan Tata, take the first step towards reaching out to them and grab every opportunity that comes your way. Many of them are more than happy to even mentor aspiring entrepreneurs. And what’s better than getting mentored by your role model?

Destroy your fears : Unlike an employee in the corporate world, entrepreneurs do not work for security, they work for freedom. And the only thing that can truly limit them from experiencing this freedom is their own fear. Top entrepreneurs know and address their fears. Some fears can be very simple such as the fear of hearing ‘NO’, the fear of rejection or even the fear of failing. They address their fears by simply destroying them. Overcoming one fear becomes a powerful metaphor to overcome other fears. So list down your fears and tick all of them off the list by conquering them --one by one. Richard Branson is an awesome example of conquering fears; he seems fearless! But when he did the first jump off the plane to skydive or dreamt about going into a business where no one thought success was possible, I am sure he was also faced with his fears and felt the twinge of apprehension the first time. The seasoned entrepreneur now not just approaches his fears, he destroys them! He lives the life he wants to and savours everything life has to offer him.

The difference between a small time business man and a successful entrepreneur is attitude. And there is no better way to boost one’s attitude than overcoming one’s fear. Hence, to build real attitude don’t just get over your fears, but get rid of them so that they no longer affect you.

Do activities to prepare for failure : According to a study, 97% of all startups fail within the first three years of operation. Real entrepreneurs aren't afraid of failure. In fact, they prepare for failure. Failure is a circumstance that doesn't affect successful entrepreneurs. It is important to take up activities which not just stimulate your body but also puts your mind to the test. For example, I have personally done the ‘Firewalk’, where I have had to walk on burning coal barefooted. Once I completed the activity, it automatically became a powerful metaphor and reference for me which in turn made me a powerful entrepreneur and leader.

These activities made me realise that for effective execution, planning is extremely important because a few aspects of these activities could've led me to severely hurt myself because of bad execution, in other words failing at the task. But these activities equip you with dealing with or even avoiding failure. Yes! prepare plan A, B, and C. But also prepare your mind to deal with it -- planning and quick turnaround times are vital to the success of a venture. You need to train your mind to deal with it.

A successful entrepreneur knows the impact of experiential learning. Activities can be as simple as sleeping for just two hours to witness a beautiful sunrise, where you are beating sleep to achieve your goal. Even such simple activities with a positive context can create a long lasting powerful impact.

Take your work to the world : Real entrepreneurs dream big! They dream of being known all over the world and work becomes a part of who they are.

Entrepreneurship is not just about success. Just being successful isn’t enough. It’s about establishing an empire, taking your work to the world and adding value to people’s lives through your work. And for the rise of an empire, a lot of travelling is required. So travel to at least five different countries on work and make work your vacation. Don’t just think of being established in one place. Add value to people who are not just around you, but also to people on the other side of the globe by taking your work to them. Remember why you became an entrepreneur in the first place, do it for yourself! And this is exactly why this must be on every entrepreneur’s bucket list.

Have a celebration plan : Successful entrepreneurs not only have a million dollar work ethics but they also know how to live their lives like it’s worth millions and billions of dollars. They not only succeed, but also celebrate that success. It could be by doing awesome activities like hoisting a flag with your company logo on Mt. Everest, or even taking an amazing trip with your team to an unexplored destination. Again, Richard Branson is the person I look up to. He lives life King size and fights for what he believes is right.

For effective execution, planning is extremely vital. The same way for success to happen more automatically planning how to celebrate that success is extremely vital. Why? Because chalking out a celebration plan helps you look beyond success, which makes achieving that success seem natural. Therefore, don’t just plan your success, but actually plan how to celebrate it.

This coming year chalk out your own bucket list under the above headers for 2015 and tick them off one by one to see your business venture reach new heights! And yes after you are done with this create a new one the year after!

About the author: By Amit Punjabi, Founder, Sankalp Academy. Amit is a certified NLP trainer, Master Practitioner & Life Coach / Strategist. He founded Sankalp Academy in 2006 and has trained over 14,000 people. He has personally led and mentored organizations, individuals, students & professionals.

Telangana announces 10-day lockdown from May 12