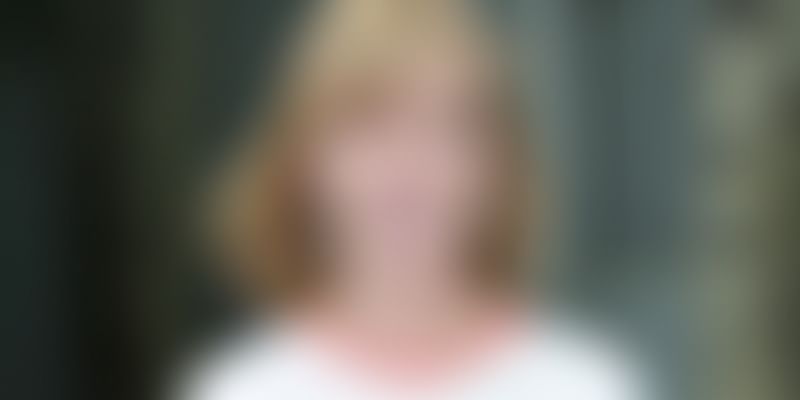 Ann Winblad is an old timer in the Valley venture capital ecosystem. She has witnessed and also participated in some of the most interesting transformations in the world of entrepreneurship. She is a partner at the Hummer Winblad Venture Partners, which she co-founded in 1989. YourStory met her at her office at The Embarcadero in San Francisco overlooking the sea.

Winblad, however, is not a product of the Silicon Valley. “I grew up in Minnesota,” she says, adding, “which relative to Silicon Valley seems almost as far away as India. I grew up in a small town. My dad was a high school basketball coach, which is a great thing to do but you don’t make a lot of money, and I’m the oldest of six kids.”

As an ambitious young woman, Winblad set up her software company in Minneapolis; probably one of the first women to do so in her city. However, she soon moved to San Francisco because “people think bigger here, and my goals weren’t great enough.

To understand this statement, one must go back to the story of the Bay Area. “The first main change since I was an entrepreneur is that entrepreneurship is now starting to be recognized in the rest of the world as a career path. Earlier, if you were an entrepreneur it meant you failed in something else, and now are trying to cope with it. Today, people set really lofty goals and they’re not afraid if they don’t quite make them,” says Winblad.

She adds, “I remember walking with Bill Gates when we were younger and he told me 'I know how to create a 500 million dollar company but I can’t see 501 million.' At that time, no one had ever created a software company that had a 100 million in revenues.” The other thing that has changed in the Valley is the share of profit. “When companies went public or they were acquired, only a small number of people got a lot of money. That’s changed. For example, when Whatsapp was acquired for $19 billion, each one of the 88 employees got something. Same happened with MineCraft in Stockholm, after it was purchased for $2.5 billion, and with many other companies worldwide.”

Women in the Valley

“One of the reasons why we don’t have many women in the Valley is that we need to be specialists in our fields,” explains Winblad, and women with a technical degree are not many in the Bay Area. “I think that’s where you see a lot of competitive advantage in India and other places where women are taking on the challenge of tougher education streams than they do in the US."

The National Venture Capital Association has recently created a diversity task force to increase women and non-white entrepreneurs’ inclusiveness. However, according to Winblad, “Education is part of how you create a path to opportunity. It is often a necessary requirement; you cannot just wish you were there.”

Qualities every entrepreneur should have

In her long career as an entrepreneur and Venture Capitalist, Winblad has met hundreds of entrepreneurs and has seen many startups growing and dying. Every one of them had their own characteristic, but there are two common qualities that every successful entrepreneur should have.

First, mental and physical stamina – or commitment. “If you get lazy on either front where you don’t do the hard work, you will likely lose unless you are incredibly lucky. This combination is rare. When we see CEOs failing, they might have great intellectual stamina but they’re not willing to put the work in,” says Winblad. Second, motivation and joy. “A question that successful entrepreneurs often ask themselves is, ‘Why am I doing this?’ and you go, ‘I think in some ways, I can change the world.’

If you get lost in the small picture, it’s hard to attract employees. In fact, an engineer in Silicon Valley will tell you that they are not motivated by salary, they are motivated by mission,” she adds.

The fund mainly focuses on the US, but it is looking at diversifying seed funding geographically and to include more women. Winblad explains that “about 37% of the crowd-funded companies in the world are led or founded by women, while in the US it’s still less than 8%. About 9% of the crowd-funded companies that get funding of $100,000 or more are going on to receive an A round of funding.”

One of the most successful startups the fund has invested in, MuleSoft, was started in Malta with engineers in Buenos Aires. Again, one of the fund’s most recent investments was in Peerlyst founded by an Israeli woman.

Hummer Winblad has invested mainly in software companies. “We like real software,” says Winblad, adding, “and web scale infrastructure, more devices, cloud, and hybrid cloud. MuleSoft, NuoDB, and TidalScale are some examples. At the same time we do a set of companies that leverage mathematics or analytics to bring value to the customer, like Hyperion, and Omniture. Every once in a while we’ll do business with the consumer, but there we can’t leverage our deep software engineering expertise.”

The changing trends in software consumption are in the limelight today. Open Source is one example. Winblad is on the board of a company called Sonatype, which takes care of what is called Central Repository. “It means if I’m a software builder, I don’t code most of the software anymore, I assemble it by going to the components store and downloading it and then knitting together with my own unique code what I need.”

She explains that enterprise is undergoing a digital transformation. Customers, suppliers,and even employees are the ones entrepreneurs need to look at to follow the right path, because they are now the most important indicators for investors.

When asked about interesting business of tomorrow, Winblad answers, “Some venture capitalists like to think of themselves as visionaries. But we really are opportunists.”

The biggest challenge for investors is to avoid biases, which inevitably increase the more one is into the business.

However, entrepreneurship is an extremely dynamic field and both investors and entrepreneurs need to keep this in mind. “A colleague of mine wrote a book a couple of years ago called ‘The End of Science’. He wrote it to be controversial and questioning,saying that all the big things had been discovered, but they hadn’t. Half of the things venture capitalists invest in are too premature; but wait about 10 years and many of them become big companies. So look what’s being funded today and say, that’s really a stretch but keep your eyes on it. The power of data is just being started.”