How amalgamation of 3D printing and online jewellery led to Augrav 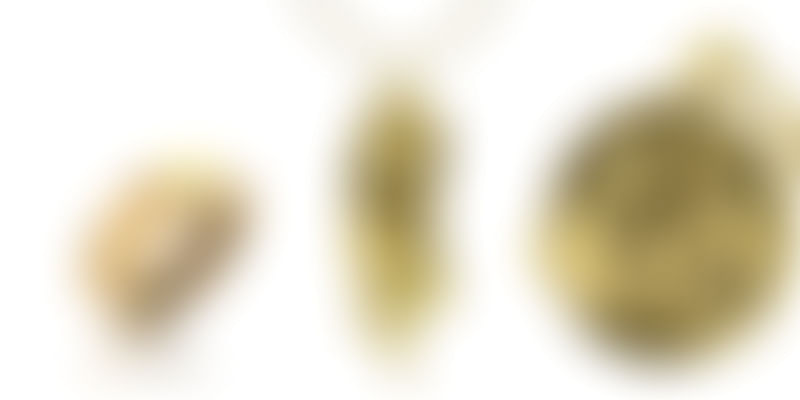 Looking for profits in the e-commerce sector is like finding your way through a labyrinth. Most people who try to do this eventually give up while others quit to startup in different fields. There are only a few brave hearts who learn from their mistakes and try to do better in the same field. Vivek Krishna is one of these brave hearts.

Vivek graduated from the Coimbatore Institute of Technology in computer science engineering in 2006. He joined IBM but had barely spent two years with the firm when he decided to go for his masters. After completing his masters in 2010, he went on to work with General Sentiment. In 2012, when e-commerce was the talk of the town, Vivek returned to India to start an e-commerce venture in the jewellery space along with Surya Manickam, who had been working with Efficient Frontier as a programmer. The company was later acquired by Adobe and Surya went on to work with them. Vivek says,

I’m from Coimbatore and for those who don’t know - this place is the gold valley (similar to Silicon Valley) of India. It’s a huge hub of jewellery manufacturers. With the growing e-commerce scene in India, I thought I would make use of the natural advantage that I had.

Vivek and Surya started Krizda.com to offer jewellery online. Being a first time entrepreneur, Vivek had to face a lot of difficulties. Most of his time and money was spent on seemingly unimportant things like logo design instead of product shipping. They faced many challenges beginning with convincing manufactures to come online and partnering with them. They slowly learnt the nuances of the business right from managing stock photography to convincing courier companies to partner with them.

Being a techie, Vivek focused excessively on tech and didn’t pay attention to marketing.

To top it all, we had absolutely zero planning in marketing. Like most failed startups, we thought people would come on their own once we had built it. We focused so much on tech and UI/UX that we didn’t bother to check if the business was profitable. We were selling plain gold jewellery which had very few profit margins — and we assumed since we’d be doing this on a large scale, we would cover up the costs, he adds.

Though they made some sales, they couldn’t cover their costs. The reality of managing a startup started to dawn upon them. To get out of the tech mode Vivek started to attend startup events and during one of these he met Nandini Vaidyanathan who agreed to mentor him. Meanwhile, Surya left and went for higher studies. Vivek decided to take advantage of the fact that every store was coming up with its own website and hence decided to pivot towards building an aggregator. It worked and they started seeing traction. “Also, by this time, I had built a super-smart small team of five, consisting of techies and marketers, to help me realize my vision,” he says.

While working on the aggregator, one day Vivek received an email which would change the course of things completely. “I got an email from a potential customer asking for a product similar to what we had shipped to his friend one and half year ago. The product was a unique gold coin with the photograph of the bride and groom engraved on it,” he explains.

“This was my “aha” moment and I wondered why the customer had come to me after the site had been shut down for more than a year,” Vivek says.

The email led to another idea and Vivek and his team quickly coded a single page website and went ahead with marketing it from the very next day. Soon they started getting fresh orders and thus went on to pivot for the third time quite successfully. Finally the focus was shifted to 3D printed personalised gold jewellery. And thus Augrav - another startup - came into existence. Augrav and Krizda are two separate entities under the parent company Krizda India Pvt Ltd.

Once customers get in touch with Vivek, the team holds discussions to understand the requirement better. Post discussions, the design team comes in and the designed product is sent for customer approval following which it is sent for production. As the product is a luxury brand, margins are quite good in the field. In the first month itself the company did business of over Rs 2,50,000. They have been growing steadily ever since.

Personalised gold jewellery is a very new sector and there are very few players who operate in the online space. With names like Rocha Fashion, Addimon, Voylla, Mirraw, Bluestone and Caratlane also in competition, the going is tough. Particularly since most of the customizations happen only on a one to one interaction with jewellers. It is too early to bet on the personalized online jewellery market.