My challenges with running a SaaS startup in India 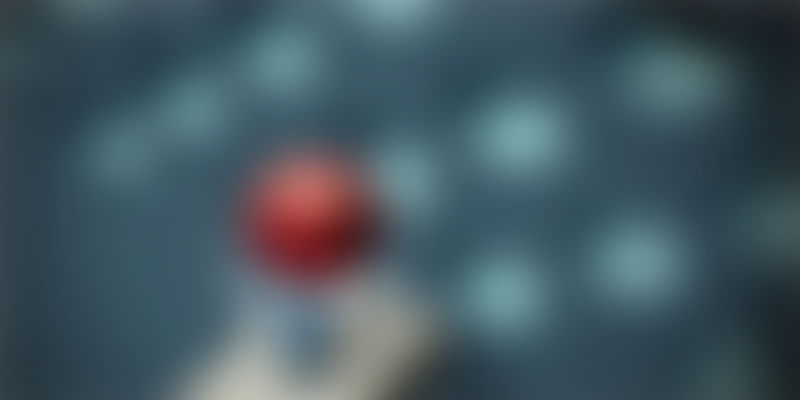 image credit: Shutter StockMy co-founders and I at Potknox have been dabbling for quite a while in the SaaS, tech and startup scenes respectively, and have had an encouragingly successful journey. That being said, however, we faced some fascinating challenges along the way. Where we are today in itself evidences that none of these are insurmountable, but they are definitely pain points, and hopefully being aware of them might help fellow entrepreneurs wriggle their way out of similar situations. The scenario in India for entrepreneurs has changed drastically in the last couple of years, but more than a year back, when Potknox was just kicking off, we faced the following setbacks:

We found it extremely tough to get a payment gateway in India for our SaaS product. With bundles of documents to be provided and that too multiple times, the process takes a lot of time. Every other week you need to follow up, only to be told there hasn’t been a change in the status of your request. A lot of the commitments made to you will turn out to be hollow, and a lot of loopholes in the agreements will begin to surface as you get in deeper. This, along with the point below, is what made us look to foreign payment gateways.

No Indian payment gateway allowed you to charge customers for your SaaS product on a monthly subscription basis, thus limiting your options for accepting payments with recurring billing. What this means is that though your customers can enter their payment details and be charged for your product, the gateway won’t automatically charge them every month - which is what they’ve agreed to under your monthly subscription plan- without you specifying it and them giving their consent, each time. This seemed like an easily correctable snag even at the time, so I’m quite confident that it isn’t the case anymore.

The above reasons made it necessary to look out of India for a suitable payment gateway; even PayPal didn’t work with our Indian accounts. Now, to get your monthly subscription based payment model in place, you need to register a company - we chose US since it is our primary market - and get a bank account. Company registration is relatively easy, but to get a checking account is quite tough without being physically present. Banks like Silicon Valley Bank do provide such facilities, but only if you are funded by an institutional investor, which, in our early days, we weren’t. The entire process thus took a lot of ‘face time’ investment that we didn’t have to spare at the start of an entrepreneurial venture. We finally landed on Stripe though, and found it to be not more than a day long procedure once the company had been setup, and a bank account- which we made with Bank of America- had come into existence.

We realised to our dismay that it’s tough to find quality UI/UX developers, especially after you add the very reasonable pre-requisite of prior SaaS product experience. Budding graphic designers in India back then had a limited amount of education and exposure, and very few well established courses to enroll in, thus drastically dropping the odds of succeeding in that line of work. As employers, it thus became extremely hard to find the right person for the job, which was tough to accept considering that SaaS products depend so much on website design for sales. In the recent past however, a solution seems to have presented itself in a big and painless way - freelancers. There are a number of job boards and job listing websites that have made it incredibly easy to hire graphic designers on the go. Payments are made securely, performance is monitored, and you don’t need to do much to get a good job done, once you’ve done a good job of selecting the right person.

According to the cloud applications market forecast by appsrunthecloud.com, the value of cloud based (SaaS) services in the APAC region (in 2015) is estimated to reach $5079 million, and the combined APAC, Americas, EMEA value is estimated to reach $46502 million. The same for the cloud services scene in India is $838 million, which is approximately 16.5 per cent of the total value of cloud services in the entire APAC region and 1.8 per cent of global cloud services. Even though India shows an excellent growth pattern in SaaS and is expected to rise further in the coming years, the forecasted values suggest that India will still be sharing a relatively small portion of this particular domain as compared to its worldwide counterparts.

As a direct result of the above, there is a dire lack of infrastructure to support such businesses in the country. The faith that customers have in their potency is also painfully limited, which leads to a lot of handholding requirements to get to a stage where what you do isn’t so alien to your target market. Most importantly however, there aren’t a lot of Venture Capitalist firms with SaaS startups on their portfolio. VC funding was a huge challenge for SaaS startups in India; though I’m pleased to say that this scenario is changing very fast with many SaaS start-ups getting funded during the last few years.

We ourselves can proudly vouch for the boundlessly talented techies we have in the country. Unfortunately, such techies themselves aren’t boundless. Not only do a lot of the best look to move abroad to start their careers, the ones who stay back get snatched up by MNCs who offer hefty packages to even fresh graduates, at prices that startups - especially unfunded ones- simply cannot compete with. As a result, most talented techies with an entrepreneurial streak will look to found their own startup, knowing the cost of hiring one to join the team, and the cost of being one in a team that can’t afford them. We also felt a huge dearth in the returns we were getting as compared to the sheer amount of time, money and effort we were spending on hiring- that’s how Potknox was invented. We needed a way to sift through applications with an objective, skill based approach so that we could take less interviews, and make each one more productive. Also, as a startup, we couldn’t afford the risk of a bad hire.

Of course, this cost is meant to be the biggest expense for a business just starting out, but what really troubled us was the conversion - from dollars to rupee, and the remarkably unfavourable imbalance between costs and returns. Further, customers in the Indian market are price sensitive and largely unwilling to take “risks” with unfamiliar approaches. When it comes to B2B selling, the process is so time intensive that it barely feels like a victory even when you’ve crossed the line - decision making is so slow that endless rounds of follows ups and emails are required to get a response, and even then, there’s almost no shame in a simple “no thanks”, five months after asking you to “wait while the bosses decide”. The solution here is to research and develop a lead generation model wherein there’s less paid coverage, and more organic growth. Draw the distinction between buying Facebook and Twitter ads, and building your SEO trail with content marketing, and even emailing.

At some stage or the other in your startup, you will look to cold calling as a means of business development. Unfortunately, telemarketers have such a bad name in our country - which is evident from how ferociously they’re marked as spam by apps like TruCaller - that even if you get your smartest resources to make an earnest call to carefully chosen prospects, they see it as nothing more than a call centre employee harassing you. This thus greatly decreases the success rates of an otherwise promising route for business development. However, through a lot of research into this, we managed to devise a thoroughly useful guide on how to carry out cold calling that works, which you can read all about here.

According to Facebook’s page policy, you can’t change the name of your Facebook page after it has hit 200 likes. We discovered this because we changed our page name to run a promotional campaign called the Recruitment Drive, and were unable to change it back to our product name once it was over. But, you can still say that we should’ve read the terms and conditions before we did that. The next problem however, wasn’t something we could have foreseen. As it turns out, the link that Facebook offers for you to place your request on record, simply does not get responded to, specifically in some countries, like India. We thus had to wait an incredibly long time to get the request processed. We realised that when it comes to Social Networking sites, everything from LinkedIn to Facebook, you have to be very persistent and follow up constantly if you want anything to go your way. The silver lining here was that we realised just how incredibly important customer service is, and we made an unbreakable vow to endlessly give our customers as much attention as they demanded, and sometimes more!