5 years on and 10 million users later, JustUnfollow rebrands to Crowdfire 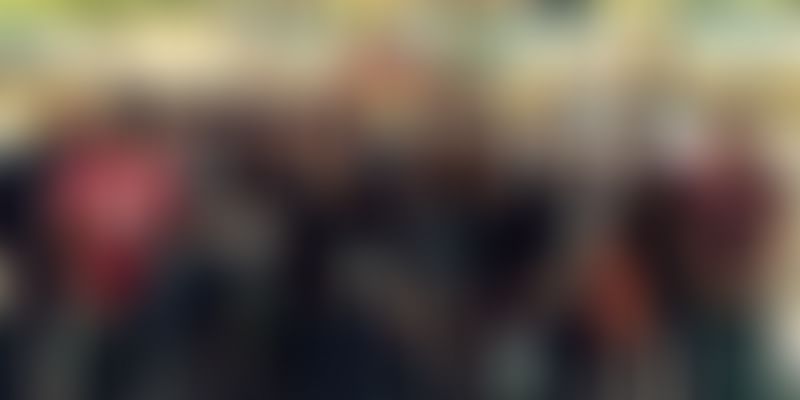 Back in 2008, a software developer named Nischal Shetty started a blog dedicated to profiling Twitter apps- Twi5. While running the blog and working with Burrp, he realized a problem that Twitter users were facing with managing their followers. As we wrote earlier, JustUnfollow was a product built on Twitter that allows users to know things like who unfollowed them, who are the spammers following them and more such rather curiosity quenching features. Over time, they expanded to let users manage Instagram as well with a new app called TakeOff and kept growing at an impressive pace.

But it was always more than managing Twitter and Instagram friends. And thus, the rebranding. JustUnfollow is now Crowdfire, a social media marketing product.

What started in my apartment with me coding all night has now transformed into the biggest social media marketing product in the world.— Nischal Shetty (@NischalShetty) February 22, 2015

We're now a team of 35 smart people and we have one goal. To help everyone market their brand, service or product better using social media. — Nischal Shetty (@NischalShetty) February 22, 2015

Including JustUnfollow and TakeOff, there are 10 million users -- a combination of mobile and web. App downloads stand at over 5 million in total for Android and iOS. But what does a user do exactly? Using Crowdfire, one can manage Twitter and Instagram accounts effectively by:

Widening scope has always been in the works and this is the first step from JustUnfollow. With JustUnfollow, TakeOff, Crowdfire, and an enterprise version in the works, it’s difficult to figure out how things work. Here’s a Q&A with Nischal that makes things more clear:

YS: How do the apps JustUnfollow and TakeOff apps integrate in Crowdfire?

NS: JustUnfollow app changes to Crowdfire. Takeoff app will remain the way it is but on the web it will be part of Crowdfireapp.com only. Our mobile strategy is to have one app that has all our tools which would be Crowdfire and also have individual tools as standalone apps like TakeOff, EagleEye and a few more tools that are under development as we speak. Crowdfire will always have all the tools that we provide users for marketing.

We're building Crowdfire as a social media marketing product that anyone can use. Be it an individual trying to create a brand for themselves or a startup trying to reach its target audience, Crowdfire will help them achieve this goal.

YS: Is there a B2B offering now?

YS: What is the revenue model? How many paying users do you have?

NS: Freemium. $10 to $200 plans. We'll be introducing enterprise plans soon. We're now focusing all our energies on signing up as many customers as possible from around the world. We have over 15,000 monthly paying customers. Our aim is to reach 100,000 monthly paying customers and we're building Crowdfire with that aim in mind. We want to be the only social media product that you use each day for all your marketing needs.