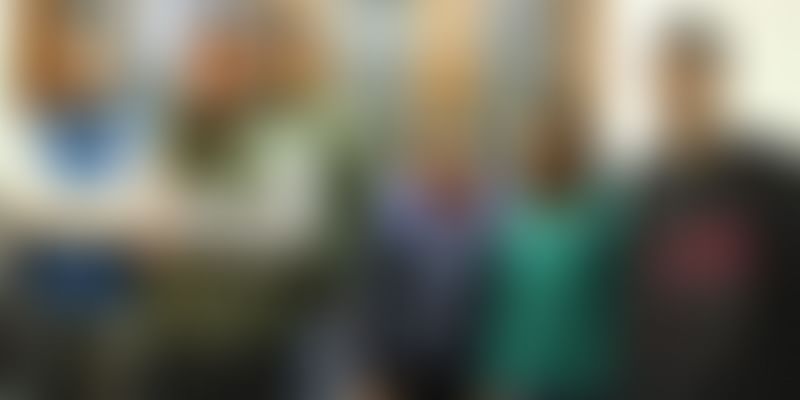 Keeping kids engaged during studies is one of the toughest things to do. Different learning models - from books to toys to experiment based learning - have been tried. Aditya Prakash took a different approach by analyzing learning patterns and building games around them. He launched his company Skidos to implement game-based learning in 2010.

Skidos was started by Aditya Prakash and Rajdeep Sethi, who were batch mates at the Indian School of Business (ISB). After passing out from ISB, Aditya worked with Airtel in their VAS and devices business. He also led the team which launched iPhone in India. After this he joined HT Media where he helped them with a new venture in the Mobile VAS and In-Store Radio space. Rajdeep Sethi is a serial entrepreneur who earlier launched the vitamin water brand Pro-V and sold the company to Hector Beverages before starting Skidos.

Talking about why they started Skidos, Aditya says, "We found that in most schools, primary kids computer class was a waste as kids didn't do much there. That's when the concept of game-based learning kicked in as a solution to kids spending constructive time playing and learning. We sold this to many schools in NCR as a solution for the primary school computer class period. However, selling software to schools as a startup turned out to be very challenging with very long sales cycles and low success rates. That is when we decided to pivot towards the mobile space and reach out to users directly."

They initially started with developing web based games and claim to have developed over 135 games for schools for different subjects and age groups ranging from three year olds to 12 year olds. The team identifies problems and concepts on which games can be developed. The games are then tested and prototyped with kids who give feedback based on which the product is iterated until the right one is built.

Aditya Says, "Our approach towards ensuring a balance between engaging game play and measurable learning outcomes is our key differentiator. Our past experience of making games and learning products has given us an understanding of what it takes to make a great game and a great learning product. We work with our panel of teachers, game designers and kids to ensure this balance is maintained. Our second title which is under production will make a young pre-scholar have fun while learning through a range of activities and interactions."

The engagement rate is quite good as by the end of the month over 30 per cent of people were still using the app. And over 10 per cent of people use the apps daily and spend close to four minutes on it. Only five per cent of their users are from India and most of their market is targeted at the US and Europe where they have got good adoption.

Looking at the future, Aditya says he wants to take the brand further and be recognized as the best digital toy brand for kids for learning and entertainment.