‘Women can have it all if they shrug off the burden of guilt,’ says Yukti Mehandiratta 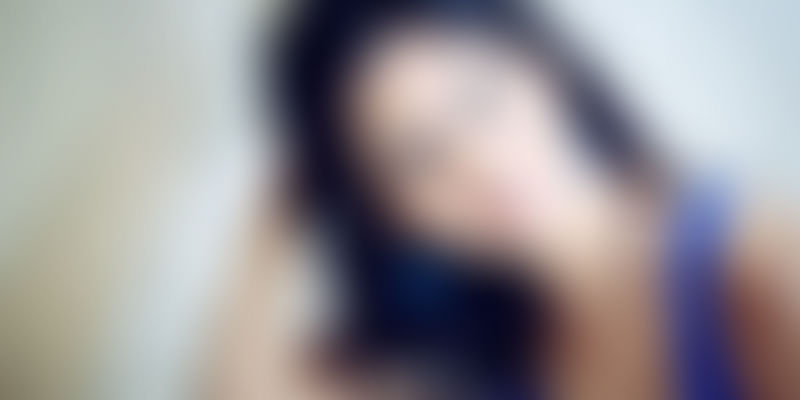 I think that a woman has the power to the shake the world but before that, it is imperative to shake the myths and self-curated limitations that make the possible, impossible for us.

In the multiple avatars Yukti Mehandiratta dons, be it of an entrepreneur, a mum of twins, a model or a TV anchor, the most gratifying and meaningful has been doing something for children through her venture. She is happy to be following her heart in this lifetime and making whatever little difference that she can.

She has also won the Mrs Gladrags, 2008, second runner up crown which she says was just by accident. In a freewheeling chat she spoke with HerStory about her venture, the many hats she dons and what is holding women back.

Since my parents were working they had no choice but to make me hold fort in their absence since I was the eldest of the three daughters. I still remember the first thing I used to do after coming back from the school was to stand on a stool to reach the gas stove and warm up lunch for my sisters and me and then make sure the door was locked from inside.

Not that I have any complaints but in hindsight I feel I couldn’t behave like a kid too often in life. Though we had travelled by air as kids, the first time I did so as a teenager I behaved as if it was my nth flight and crushed my innocent excitement under the burden of maturity and being proper. I think it was partially because of this loss of living my own childhood that I always felt attracted towards children and have been thrilled to just watch them do silly things.

After I finished my schooling from Army Public School with science as a stream, the choices for further studies were either medicine or engineering. I chose engineering and happened to get through a few B-grade colleges. However, I thankfully talked my parents out of it and chose to do the next best thing which was to graduate in mathematics from KMC, Delhi University.

It was after I moved from Delhi to Mumbai for MBA, that courtesy my project work which compelled me to travel extensively, my soft corner for children turned to concern after seeing street kids living meaningless and tough lives struggling to just survive.

I can’t say that it was a dream come true because honestly I never dreamt of it. It was by sheer accident. Picking up the Mrs India form in the in-flight magazine was my husband’s initiative. Had it not been for

his push and partially lack of things to do in that two hour long flight back to Delhi I would not have pursued this opportunity. I sent the form along with some casual pictures I already had and the rest just followed.Before I realised, I was in Mumbai for a month long workshop with Gladrags that was a prerequisite for the finale. That one month in Mumbai was an enriching experience given the kind of people I met and the kind of time I spent challenging my own abilities and strength in different ways. It was only when I confronted national personalities in the jury for the Q&A round for the top five candidates, did I actually start believing the most-exploited quote that says ‘Nothing is Impossible’. It is we who make things possible or impossible for ourselves.

Donning the role of an entrepreneur with Concept Exhibitions

Entrepreneurship happened pretty much on its own after I showed the courage to quit a high-paying job to be my own boss. Despite doing reasonably well and being on a fast-track growth in my decade long corporate stint with MNCs like Citi and Barclays Bank, I somehow felt restricted and wanted to spread my wings. So one fine morning I decided to quit and I did. I quickly identified the segment I wanted to be in and that was clearly children.

All the kids’ exhibitions that I had witnessed before were just an extension to showrooms and shopping arcades with the same spread of merchandise and stationary. I wanted to bring freshness to that space.

Concept Exhibitions is a strategic exhibition organizing firm focusing primarily on total growth and development of kids in India. Concept Exhibitions has two properties, the Kids Mela which is an experiential fest which is a platform through which we invite various individuals and companies to display their unique products and services designed for the overall (mental, physical and emotional) development of children. The other is C-Engage through which we create a continuous engagement process with children/communities that are supported through corporate donors/CSR. We also provide analytical support and design an impact analysis for the corporates helping them to evaluate the impact of their social interventions.

High and lows of starting up

Even today, in my endeavor to restrict Kids Mela as a platform to display child development products and not just an extension of shopping malls, people endlessly compare it with the familiar constructs which has so far been the biggest hindrance for us in attracting sponsorships and investments. But I continue to hold my ground because I believe that someday soon people will cut through the skepticism and join hands with us to nurture the growth of our future generations.

There have been many challenging moments while shaping my own venture. I came to a point where most of my important relationships were tested. Some of the people I was seeking support from turned around to make me regret my decision of doing something that had not been tried and tested.

I also experienced a grave financial dearth and had to ask for support from my parents.

The situations looked scary on the face of it but somehow my core remained untouched and peaceful. Now when I look back I wonder how I survived through that rather-long patch of no money and no surety. I think these are the times in life which help you realize how passionate you are about what you do.

Besides Concept Exhibition, I do a few other things as well in an individual capacity. I am on board of a company called Aquakraft as a Chief Business Officer providing advice and consultancy to the company for business development and client engagement. The company manufactures and installs drinking water ATMs and toilets for rural and underprivileged communities.

I also anchor telecast events/shows and do print ads as a model once in a while. While it addresses my desire of interacting with people, it also puts me amidst a few influential people of this society who can support us in promoting the causes under all Concept Exhibitions initiatives.

Can women have it all?

Women are not born as multi-taskers. It is real life experiences and situations that women adapt themselves to that make them multi-taskers and that, let me tell you, is not an easy ride. Despite having a much more conducive environment in the house, given that I married the person I loved who has been raised by a single working parent, there were still times when I had to prove and promise that family will always come before my professional dreams and aspirations.

There were also times when I felt like a bad mother leaving my kids to maids (and the likes) to grow up with. While I strongly believe that it is my soul duty as a mother and a wife to take care of my family and their well-being, yet as a women and an individual I am also responsible towards myself. I think that if our parents have worked all their life to give us the best of education then we should use that knowledge and wisdom to support ourselves and also contribute to society in own our small ways.

I think women live their lives under a lot of expectations, most of which are self created. Every woman might have a different story and different set of people she lives for but its perennial in our core DNA to dedicate our lives to others; either parents, or husband, or our kids. Thinking for ourselves is probably the most selfish act and hence a sin of sorts.

It is unfortunate that sometimes with all the support around us we fail to chase our dreams because for we haven’t allowed ourselves to dream. I think women need to shrug off the unnecessary burden of proving themselves as a good mother, wife and daughter-in-law all the time because if we exercise the passion we have within us for our dreams then that passion will automatically and authentically flow in all our close relationships as well. That is when there will be no pretense and we will live our lives for real.

So please dream on, until your dreams come true.