Can we become creators? 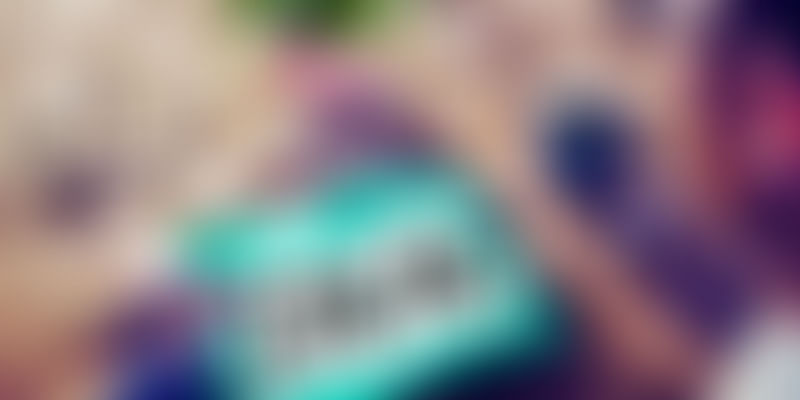 Historically, India has been seen as a place to churn out job seekers and professionals. We have carved a niche on the IT map as one of the top producers of engineers and IT professionals. The education system is just a means to the end objective of seeking a job. Most of the time, when we ask about career aspirations, the response is, “I want to work for XYZ company.” Rarely does anybody say, “I want to create XYZ Company.”

In order to get employment opportunities for educated youth, India needs to create 13 million jobs every year. Till date, the highest number of jobs India has created is 5.5 million during  the peak economic growth in the last decade. As is evident, there is still a considerable deficit. That is why the need to nurture job creators. We cannot just depend on MNCs and big corporate houses for this herculean task. Indian youth have to start wearing the hat of entrepreneurs and help to create jobs for their fellowmen.

The finance minister’s statement at the Union Budget 2015 is worth appreciating. He said, “The country’s youth can now switch roles from being job seeker to job creators.”

Narendra Modi-led government is addressing some of the real issues which can fuel the India growth story. Though we have heard of some good ideas, we need to see if they are actually implemented with the same vigour and passion. The Union Budget presented on February 28 is certainly one of the most startup friendly budgets. The emphasis on supporting job creators is a very welcome signal for India and its youth who have high aspirations and big dreams. Innovation and entrepreneurship needed a big push to fuel the country’s growth towards double digit figure. The budget surely kickstarts the movement but much more has to come over the next few years. Initiatives and schemes like SETU -- Self-Employment and Talent Utilization, MUDRA- Micro Unit Development and Refinance Agency, Atal Innovation Mission (AIM) are all going to help job creators. The overall ecosystem is fast building up and with the union government supporting Make in India and job creations, there could not have been a better time than now for an entrepreneurial plunge.

But a successful entrepreneur’s journey is about taking the plunge and then swimming through the rough waters on to the other side. Just like the lack of talent creates the employability gap, for entrepreneurship, the biggest challenge is the readiness gap. Whether it is our education system or upbringing Indians are generally risk averse, shy away from thinking big and lack drive or purpose to create an identity.

Aspiring entrepreneurs have to look at their readiness for the entrepreneurial journey where a few skills, abilities and knowledge pills are essential. It is essential to have individual interest and passion for an idea, because here the jockey (entrepreneur) matters more than the horse (idea). The person driving an idea makes a difference and a good idea in the hands of an unprepared team can be a failure. Courage, risk taking abilities, perseverance, honesty and a high degree of energy and commitment are just a few basic qualities required for the “big” entrepreneurial plunge.

Execution skills and ability to manage various aspects of enterprise also matters for converting an idea into a reality. Developing a habit to innovate and making technology one’s best friend are others aspects that have become very critical in the highly competitive environment in recent times. Going by the success stories , the right team and identifying the right opportunity along with quick validation and experimentation on ideas have been practical aspects making an impact of idea to reality journey for these different breed of jockeys referred to as Entrepreneurs or Creators. India needs more of this breed of trend setters and not just followers or doers.

Here is an interesting story on Followers and Trends based on experiments done in UK.

A second original monkey is removed and replaced. The newcomer again attempts to climb the ladder, but all the other monkeys beat him up. This includes the previous new monkey, who, grateful that he’s not at the receiving end this time, participates in the beating because all the other monkeys are doing it. However, he has no idea why he’s attacking the new monkey.

One by one, all the original monkeys are replaced. Eight new monkeys are now in the room. None of them has ever been sprayed ice water. None of them attempt to climb the ladder. All of them enthusiastically beat up any new monkey who tries, without having any idea why. And that is how traditions, beliefs, trends and systems get established and followed.

For India, to become a country of Job Creators, we need a paradigm shift in traditionally safe, secured, oriented mind-set of Indian families and break the notions of overrated safety net. We have been making tireless efforts to create a conducive ecosystem for entrepreneurs and provide all necessary help with regard to training, mentoring, resources, ideas and networking. These small efforts at LEMON would not be just enough. We need to build a collective movement to encourage more and more talented youth to explore the opportunity of creating numerous careers and not just a career for oneself. There is a lot of potential around and a little motivation might drive them to ‘Think Big’.

Let us try to ignite the passion in at least one person to become an entrepreneur and make a larger contribution to the world. One person-one ignition would lead to many entrepreneurs taking a plunge and a step forward towards making India a place for job creators and not just job seekers. Your small contribution towards motivating potential entrepreneurs could make a big difference.

Deepak Menaria is a passionate creator, executor and brings along multiple creations, including Software Company, Non- Profit organization, off-beat Initiatives, Social Programs, Movies and Process Models. He is currently mentoring 15 ideas/startups in various domains such as technology, education, social and services. You can reach out to him at deepak@lemonideas.in